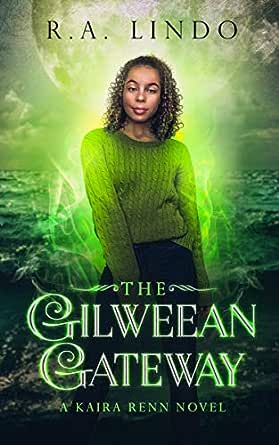 You've subscribed to Kaira Renn! We will preorder your items within 24 hours of when they become available. When new books are released, we'll charge your default payment method for the lowest price available during the pre-order period.
Update your device or payment method, cancel individual pre-orders or your subscription at
Your Memberships & Subscriptions
There was an error. We were unable to process your subscription due to an error. Please refresh and try again. 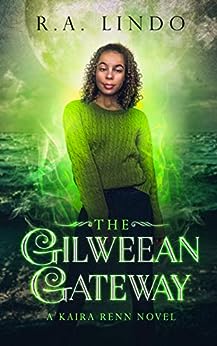 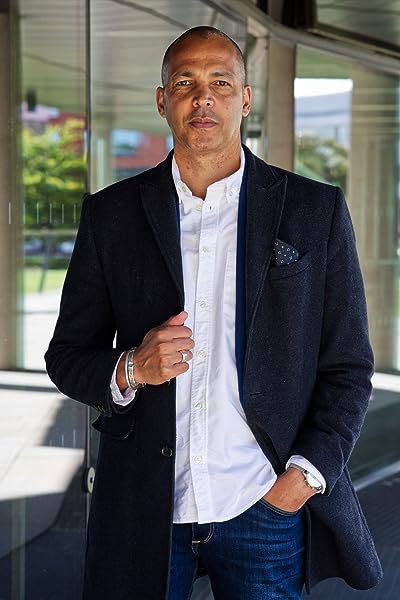 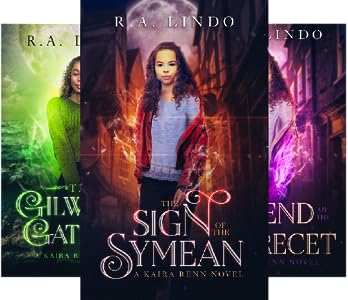 4.4 out of 5 stars
4.4 out of 5
16 global ratings
How are ratings calculated?
To calculate the overall star rating and percentage breakdown by star, we don’t use a simple average. Instead, our system considers things like how recent a review is and if the reviewer bought the item on Amazon. It also analyzes reviews to verify trustworthiness.

Lora S.
4.0 out of 5 stars Sparkling world of the S.P.M.A. marred by the evil intentions of certain people
Reviewed in the United States on December 19, 2019
Verified Purchase
This is the second of what is advertised to be five novels in the Kaira Renn series. Once again, the sparkling wonders and magical creatures of the areas under the control of the S.P.M.A. (Society for the Protection of Magical Artefacts) are on full display. But they are increasingly marred by the questionable intentions, or even downright evil designs, of certain people within and outside the Society.

The only problem I had with the story is the repeated calling attention to the potential danger without saying exactly what it is until the end of the book.

This time Kaira and her friends Jacob and Guppy are somewhat more fully taken into the confidence of the adults who are supposed to be looking after them, although it they still appear have difficulty communicating fully with each other. They begin to receive some actual training in advanced magic for their own protection. For a while near the beginning of this book, they are given charge of another child just being introduced to the society – Conrad Kusp, son of Theodore Kusp, who is being kept hidden while being interrogated about his questionable activities on the black market. They try to track the Sinister Four who earlier attacked them, which leads to a narrowly missed encounter with Erent Koll, the darkest shadow on the Society, and an unexpected meeting with Kaira’s grandfather, Isiah Renn, who rescues them from Koll just in time.

Later on, Jacob and Guppy’s mother, at last, unambiguously reveals her own dark intentions and narrowly avoids death at the hands of this same Erent Koll when she tries to join him.
Read more
Helpful
Comment Report abuse

S. Jackson
5.0 out of 5 stars A great fantasy
Reviewed in the United States on December 17, 2019
This is the second book in the series. After the first book I could hardly wait for the next. We carry on with Kaira, Gabby and Jacob. We start this book with Kaira, her Father, her Aunt, two close friends and Gabby and Jacob on their way Gilweean which is a magical place with lots of protections before you are allowed in. Since no one ever goes there people in the magical society are very jealous especially about children being allowed to go. But it isn’t a vacation—important matters need to be discussed and Kaira learns more about her relatives. Since the trio got into so much in the previous year it was determined that they could be of use to the society as they could go places and would be ignored so they may learn secret info. Gabby and Jacob are spending most of their time with the Renn’s as their mother is absent most of the time. What is she doing—is she doing society business or is she heading for the dark side. I love the way the kids are growing up but also finding out that they need help and a lot of training. Kaira’s grandfather—is he really a bad guy? Read the second installment and find out—kind of!! Loved this book and now have to impatiently wait for the next installment.
Read more
Helpful
Comment Report abuse

Judi Easley for Blue Cat Review
5.0 out of 5 stars Even better than the first one! 5 Stars! Highly Recommended!
Reviewed in the United States on December 19, 2019
The Gilweean Gateway
A Kaira Renn Novel #2
R.A. Lindo
Dec 17, 2019
299 pages
Fantasy Adventure
Provided by the Author
⭐⭐⭐⭐⭐

The cover is very attractive and surely eye-catching. And now we have a really good look at Kaira Renn, the star of the series. She looks a bit older than I had pictured her. And I had pictured her as skinnier, but that’s just what my imagination did with the descriptions. But I got the curls right and her little smirky smile, too. The eyebrow adds to the look.

The story brings Kaira, Guppy, and Adam into the swim of the flow of magic, which is now their world. Not knowing was decided to be more dangerous than knowing, so now they must learn about magic. And the first thing that must be established is whether or not their families are safe. Adam and Guppy’s mother is acting very strangely and she is being kept under observation to find out just exactly what she’s up to. In the meantime, Adam and Guppy are just as happy to be with Kaira’s family, her Dad and aunt. But there are other parts of Kaira’s family that are around that may or may not be safe or desirable. Can they be trusted around the children? Or are they too dangerous?

Kaira’s not sure about the relatives, but she’s sure about the magic. The beauty of it all and the creatures that live in it and are a part of it are absolutely wonderful. She gets to experience what it is to fly for the first time! And she learns her first lessons for using magic to defend herself. For magic is not just beautiful and the sooner the children learn how to take care of themselves in this dangerous world, the safer they will be and the sooner they can be of help to their elders. They are young and creative with new ideas and approaches, but mostly liabilities until they can take care of themselves.

This second book in the series really brings the children into the world of magic and gets them involved in what’s going on. They are finding magical artifacts to be put to use in their defense. And they are actually helping with some of the planning. This is a much more exciting book and active book than the first one with the whole cast of characters interacting, even bringing the two sides together to clash at times. The world-building is amazing with the ways of going from one place to another and then what the magical places are like. Just amazing. It makes for wonderful dreams after you’ve read it! I highly recommend this book and the series to those who enjoy fantastical adventure stories.
Read more

Shivani McK
5.0 out of 5 stars Wow Book II Even Better
Reviewed in the United States on December 17, 2019
I love this series. If you love anything Harry Potter or C. S. Lewis but want something a little different this series is for you. A young girl raised by her aunt and father are wizards but the girl, Kaira, has no idea until life changes makes it necessary to move Kaira to the society HQ. So much more has unfolded from where book one left off . Life is advancing into dangerous realms where Kaira, Guppy and Jacob must learn some hard truths, learn magical protection and defence but also gain a deeper understanding of compassion. It's great how the author has set up some good life lessons for his characters that can be useful to our everyday life. This young adult series teaches some hard truths about our adult world but his young characters carry off their lessons with aplomb even if they screw up on occasion. Honesty, sincerity and compassion win out. A Fantastic young adult read that adults will enjoy too. I was given a copy of the book from the Author in exchange for an honest review
Read more
Helpful
Comment Report abuse
See all reviews

P. Holland
5.0 out of 5 stars Return to the SPMA
Reviewed in the United Kingdom on December 17, 2019
Verified Purchase
Joining Kaira and her friends in the secret magical society of the SPMA, we finally get long-awaited resolutions to some of the many questions raised by the first book in the Kaira Renn series. Following hot-on-the-heels of Kaira's adventures with the search for the terrecet and dealing with Melackin and the many other dangers that lurk in this hidden magical world, Kaira and her friends realise that they cannot deal with Guppy and Jacob's mother's betrayal alone.

Launching us straight into another of the magical worlds, this time outside Quandry Corner and the rest of the SPMA facilities, we discover the beautiful, riparian Gillweean where temperatures can be read and new questions are raised for Kaira, her family and her friends.

This book takes many of the questions we were left with at the end of the first and weaves us through a twisting resolution whilst bringing up new questions. What will happen with Meyen Greyling and her secrets? How did Isiah Renn betray the SPMA? What will the Sinister Four do? And, the all-important question- how will Kaira celebrate her birthday and Christmas?

Just as engaging and well-written as its predecessor, this novel develops the story well and sets up the remaining 3 novels well. I for one can't wait!
Read more
Report abuse
See all reviews