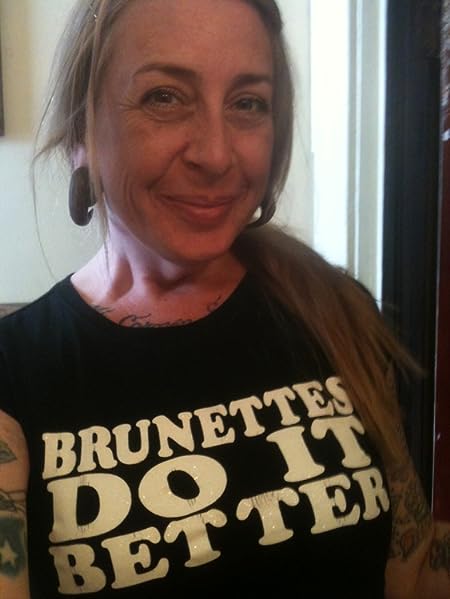 Gina Covarrubias was born in Southern California a few days before the Manson Family trial began. Today she lives and writes in Las Vegas. No one has wasted more time, money, and energy on bad men than Gina, and every bit of it was her own fault. Don’t do what Gina did; laugh at the books she wrote about it instead.

Gina is the author of Friends to the End and I Do What I Want: The Unmotivated Young Woman’s Guide to Survival. Her short stories, essays, and poetry have been published in Hip Mama, Bust, Burning Angel, Clean Sheets, and in bestselling New York Times author Pamela Des Barres’s book Let It Bleed. 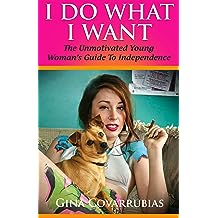 I Do What I Want: The Unmotivated Young Woman's Guide to Independence Apr 23, 2014
by Gina Covarrubias
( 12 )
$2.99
"Gina Covarrubias is funnier than Sarah Silverman and Joan Rivers put together. Especially in a three way." – Kevin Keck, Oedipus Wrecked

Have you recently moved out on your own for the first time? Does the typical guidance you receive sound like, "Blah blah better yourself blah blah blah," and for once you’d like to hear a bit of wisdom you can actually use? What you need is advice for people who do not want to improve, and community college dropout Gina Covarrubias has just the advice you seek.

In this book you will learn:
How to tell what is leaking out of your car
Why you should avoid high-maintenance pets and couch guys
Which drugs will turn you into a bad neighbor
How to win lifelong friends and disown family members
Which qualifications to leave off of your resume
How to help your boyfriend improve in bed and when to give up
Why you should not use dish soap in the dishwasher
How to fight back against anti-feminist ideology
Why you shouldn’t spend your utility bill money on drugs
How to flush a toilet after your water has been shut off
And so much more!

Whether you have been counting the seconds until you turn eighteen so you can finally leave your parents’ house or they are kicking you out at age thirty, you will find the tips and tricks inside I Do What I Want: The Unmotivated Young Woman’s Guide to Independence both practical and easy to remember when you are high. 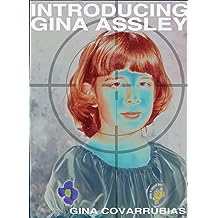 Introducing Gina Assley Jun 14, 2011
by Gina Covarrubias
( 8 )
$7.95
“In the seventies parents weren’t as paranoid as they are today, or at least that is what I like to believe is the reason my father did not have a problem occasionally dropping us off at the park and not coming back.”

Introducing Gina Assley, unpaid school custodian, unwilling teen opera buff, and all-around social pariah. From kindergarten psych patient to accidental preteen racist, the one area Gina seems to excel at in life is the art of extreme humiliation. Whether she’s battling an arch enemy for the title of top mod or stumbling into the middle of a police manhunt while tripping on LSD, navigating the cruel childhood landscape of slam books, punk rock wanabees, and ruthless middle school social climbers proves to be more challenging than Gina ever could have anticipated.

In this collection of short tales of roller disco, drugs, and dysfunction, Gina Covarrubias examines the dark underbelly of social and familial politics, where kids, parents, and teachers can easily become both the tormented and the tormentors at the exact same moment in time despite their best intentions.
Read more
Other Formats: Paperback