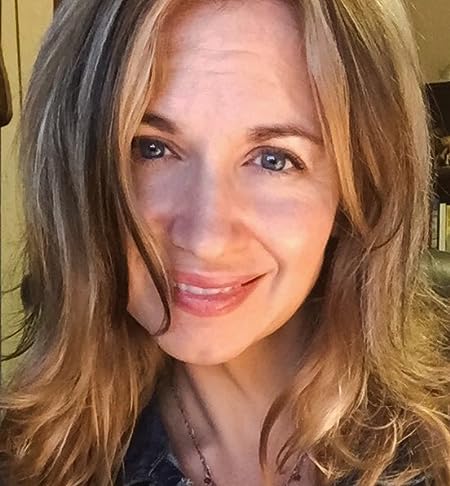 Ginger Mann is a writer, musician, and software developer. If you can't find her doing those things, look for a woman chasing her small children with a camera. A Texas artist, she enjoys writing for other Texans. Her song, "River Night", premiered on October 12, 2013 in North Austin. During that same weekend, her first short story, "China Doll," began selling on Amazon.com.

Ginger began her creative writing career as a composer and songwriter. Since the summer of 2013, she has enjoyed the new challenge of storytelling. A Xchyler author, Ginger contributes both stories and poems to the publisher's books, including three novellas and a featured poem in "A Midsummer Night's Steampunk." In addition to creative writing, She serves as a key writer and digital security adviser for "Think Before You Click," the Cyber-Safety campaign of legal counsel, Rick Mann.

Ginger develops software for the financial sector in Austin, TX, where she lives with her family. 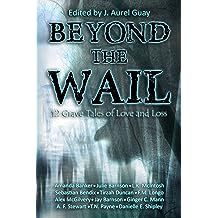 Beyond the Wail: 12 Grave Stories of Love and Loss Oct 7, 2015
by Tirzah Duncan, Julie Barnson, Amanda Banker, Jay Barnson, A.F. Stewart, Ginger C. Mann, L.K. McIntosh, F.M. Longo, T.N. Payne, Alex McGilvery
( 10 )
$0.99
OF MICE AND MONSTERS by Tirzah Duncan: Troubled by ghosts within and without, Benjamin struggles to become the man his girlfriend needs instead of the monster he is.

GO GENTLE by Julie Barnson: After the death of her boyfriend, a young musician uses her talents and a fabled violin to stop the fatal accidents at a dead man’s curve.

DEAD WATER by Amanda Banker: A stalled truck, an abandoned graveyard, and a town not found on any map take two brothers on a detour they’ll never forget.

COLD SPOT by Jay Barnson: When a laptop is stolen from their computer security company, two high school buddies go to extremes to investigate. But, will they manage to return?

THE WEEPING LADY by A. F. Stewart: Eva Douglas must face her mother issues, past and present, when the disappearance of her sister forces a confrontation with a terrifying ghost.

THE POLTERGEIST AND AUNT BETTY by Ginger C. Mann: Aunt Betty is eccentric, but how much is ghost, how much is medication, and how much is just plain crazy?

THE ‘GRIM’ REAPER by L. K. McIntosh: When a soul reaper loses the source of their power,
they must either find the witch who stole it or a new purpose for living.

SHRINE OF MIRRORS by F. M. Longo: A spy on a mission becomes a believer in the supernatural when the theft of three ancient relics threaten to bring down the empire.

DEAD MAN HOCKING by T.N. Payne: A world-weary zombie learns to beware what you wish for, and not all sure bets are worth the gamble.

ST. PETER’S FISH by Alex McGilvery: Sam is a walking disaster of biblical proportions, but how much is he willing to sacrifice to escape, and will the Powers That Be allow it?

THE DIORAMA by Sebastian Bendix: A play set turns life around for Martin Taper, but things take a turn for the worse when he neglects it and the lonely child obsessed with it.

DATE DUE by Danielle E. Shipley: A magic library’s guardian determines to protect her treasured books, whether their authors elect to do things the easy way . . . or the fatal one.
Read more
Other Formats: Paperback 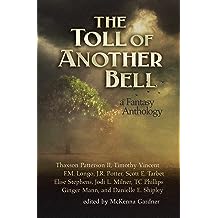 Breath: The Guardian of Souls realizes her life is incomplete and sacrifices everything to find what’s missing.

Awareness: To achieve the status of Magi, Jyn must pass his father’s ultimate test.

Phoenix: Orion loses his wife on their wedding day and uses dark magic to seek her in the afterlife.

Life Under Research Conditions: Can a bioweapon possess a soul and make choices to save humanity?

The Year of No Foals: A miraculous colt and a mysterious old man bring healing to a family ripped apart by tragedy.

Naoki No Yokai: Yokai have overrun a local village, and it’s up to Saga Naoki to discover the reason why.

Jilted River: An Appalachian fairy tale attracts visitors to a state park, but then they start to disappear.

Tower Gods: A thirteen-year-old boy with an oxygen mask befits the role of hero in Watcher Benson’s eyes.

Reality As We Know It: Where otherworldly magic fails, is Row’s friendship enough to mend Singer’s grieving heart?

60 Seconds to Midnight: Fleeing an ancient evil, a young woman from amongst the stars finds unlikely refuge on Earth.
Read more
Other Formats: Paperback 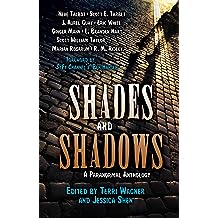 Shades and Shadows: A Paranormal Anthology Oct 9, 2013
by J. Aurel Guay, E. Branden Hart, Ginger Mann, Marian Rosarum, R. M. Ridley, Scott E. Tarbet, Scott William Taylor, Eric White, Neve Talbot, Terri Wagner
( 21 )
$2.99
In the dead of night, you sense something . . . other . . . beyond your sight, out there in the darkness. You feel a breath upon your neck, cold and clammy, fecund with mold and decay. Your hair stands on end from no random chill. The air is still. No one is there.

Travel with nine talented writers into their paranormal world, but don’t disregard that inkling that niggles somewhere in the pit of your stomach to leave the light on, to shun that dark room, and to pull the covers over your head.

Whatever you do, don’t look under the bed.

The Music Man: An ill-begotten ghost story and a child’s disappearance has haunted Peter Holt his entire life. His one wish: face his personal bogeyman and right a terrible wrong . . . and perhaps find the key to laying his childhood demon to rest.

China Doll: Nothing stays broken in Kris’ small town, but someone always pays the price. Kris must decide if she is willing to do so when her beloved doll is shattered, and discovers deep secrets about her family in the process.

Split Ends: The love between Frank and Bets has never been physical, as the entire town knows. But when Bets faces heartbreak and turns to Frank for comfort, their choices open up a whole new realm of possibility.

Child of the Underworld: Starving for love and affection, Lara escapes her mother’s bleak realm to feast on the light, color, and sound of the world “upstairs.” But only one thing sates her rapacious appetite—and threatens to banish her to the darkness forever.

The Cost of Custody: When a child goes missing, Jonathan Alvey, PI, knows none but he has the skills to rescue her. But, her estranged parents must come together to create the powerful magic to find her before it’s too late.

Tombstone: Death couldn't stop one old farmer from protecting his land from oilmen, timber-cutters, and his own family. But can he hold out against 21st century technology and a researcher who sees more than dollars and cents in his homestead?

Ghost Townies: Dean and Jimbo need two things to survive the ghost apocalypse: a bolt hole where no one has died, and batteries for their flashlights. Running skills and dumb luck have kept them alive thus far, but not all the evil is amongst the dead.

Crossroads: An unexpected road trip gives Rob Daniels a chance to escape the shackles that bind him. Can Nate, his down-and-out brother, save Rob from repeating Nate’s mistakes? Or will a stranded traveler tempt Rob down forbidden paths?

The Death of Dr. Marcus Wells: The young resident doubts his own sanity when he sees his dead fiancé in the night, but a mysterious stranger offers him clues not only to her disappearance but the gruesome murders which plague London, and the means to solve both mysteries.
Read more
Other Formats: Paperback