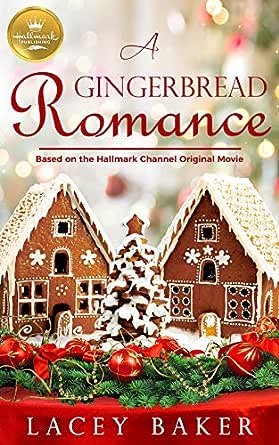 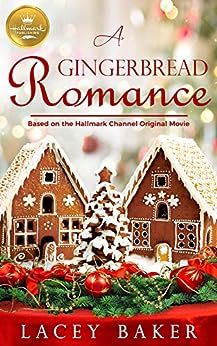 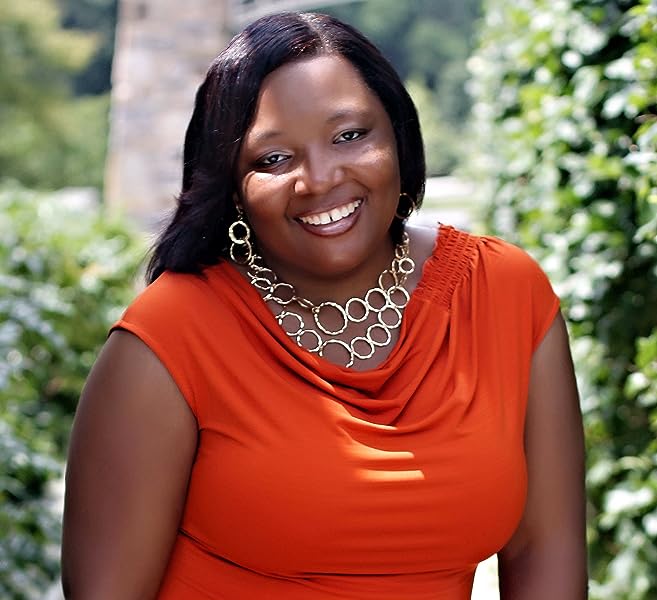 A Gingerbread Romance: Based On the Hallmark Channel Original Movie Kindle Edition

Grinning and shaking his head, Adam ended the call and hefted the cake into his hands once more. He headed for the conference room and walked inside, stopping at the first edge of a table he could see around the cake.

“Ogilvy Associates?” Adam asked the moment he set the cake down.

Two women spoke simultaneously, and he peered around the cake just in time to see one of them pulling at some papers that were on the table. Her actions made the cake wobble and Adam grabbed the base to keep it from toppling over.

“You’re getting icing all over my plans!”

Alarm was clear in her voice. She had glossy black hair that fell past her shoulders, and she looked festive, wearing a Christmas tree pin and pretty skirt. But her frown was what concerned him.

“Sorry about that.” He wasn’t sure where the icing had come from. Possibly, some had been on the floor in the truck and had gotten onto the box.

Digging into his pocket, he found an old piece of tissue, which he used to wipe the icing away from the plans. She gasped at the larger smudge of green his efforts caused.

“It’s ruined.” She reached for his wrist, stopping him from wiping anymore.

He saw the mess his efforts were making and planned to stop before she touched him. It was too late: her hand was warm against his skin and a sweet aroma wafted through the air. The cake, no doubt. But no―there was something else, like flowers or sugar candy. Whatever it was it came from her; she was standing very close to him. And he liked it. Until she pulled her hand away and stepped back.

“But this must be the cake for our Christmas party. It’s so beautiful.”

The other woman said this―the one wearing holiday earrings. Up to this point, he hadn’t paid that much attention to her because for some reason the sweet-smelling woman with the cognac brown eyes had kept him engaged.

“Thanks,” he said, yanking his mind back to the moment. It was always good to hear that someone appreciated his efforts even before the cake had been tasted.

“What am I supposed to do now?” Brown Eyes asked the other woman.

“Can’t you just reprint them?” It was the best suggestion Adam could offer even though she wasn’t talking to him.

“Can’t you just move your cake?” She leaned over to push the box away so she could gather up her papers. He reached out to protect the cake and this time their hands collided against one side. They both pulled away with green icing on their fingers.

The other woman giggled. Brown Eyes stared down at her hand and huffed. This wasn’t getting better.

“Okay. On the count of three I’ll lift the cake and you can get your plans,” he instructed.

Their gazes held for what seemed like eons. A weird tugging sensation in the pit of his stomach made it seem as if he were somehow being drawn to her.

“Fine.” Her teeth clenched and Adam knew she was really annoyed.

He was a little irritated that she was taking this so seriously, but he was more concerned with why he couldn’t stop staring at her.

She pulled the papers back. The papers were big and fanned back at her face causing a few curls of her hair to fall onto her forehead. She immediately reached up a hand to push them back…and smudged green icing over her forehead.

The other woman giggled again and Adam knew it was time to get a move on.

“I’ll be back with your cupcakes.”

When Adam turned to leave the room, he heard Brown Eyes mutter, “Unbelievable.”

He repeated her declaration, but was certain it wasn’t for the same reason she had. He couldn’t believe that after all this time being single, the first woman to elicit any type of reaction in him was this one with her sacred plans and frowning―albeit, still quite lovely―face. --This text refers to the paperback edition.

Lacey Baker, a Maryland native, lives with her husband, three children, grandson, and English Bulldog in what most would call Suburban America―a townhouse development where everybody knows each other and each other's kids. Family cook-outs, reunion vacations, and growing up in church have all inspired Lacey to work towards her dreams and to write about the endurance of family and the quest to find everlasting love.

Adenrele Ojo is an experienced audiobook narrator and actor. A self-described theater brat, she spent many late nights as a young child falling asleep on theatre chairs as her dad directed and her mother performed. Born in Brooklyn and raised in Philadelphia, she received her bachelor of arts in theater from Hunter College in New York. --This text refers to the audioCD edition.