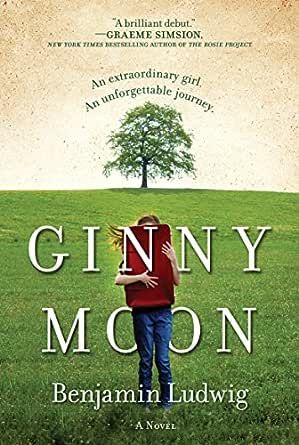 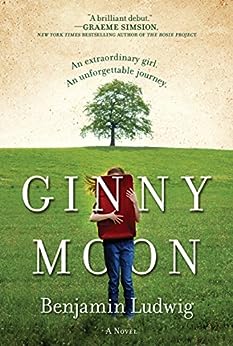 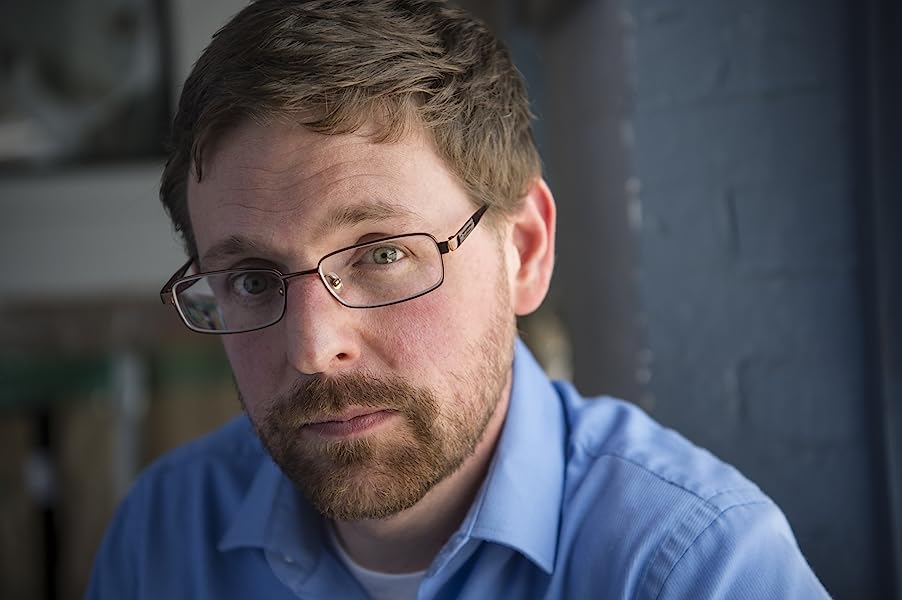 An Amazon Best Book of May 2017: It’s the rare novel that has an autistic teenage heroine, and an even rarer novel is one that surprises you on every single page, as Ginny Moon quite emphatically does. Told from the point of view of thirteen-year-old Ginny, this absorbing debut sets at its heart Ginny’s obsession with “Baby Doll,” whom she unwillingly abandoned four years ago when she was taken away from her drug-addicted and abusive birth mother. Ginny fears Baby Doll is still in a suitcase, where she left her when the police separated Ginny from her mother, and Ginny has been testing and breaking the patience of various foster parents in her attempts to reunite with her mother so that Ginny can again take care of Baby Doll. Ginny is not stupid—she finds her birth mother on Facebook, steals another student’s phone to contact her, and concocts various plans to get back to her Baby Doll with a single-mindedness that is as daring as it is alarming, for Ginny is fully aware that her birth mother will likely again physically abuse her. Ginny’s unpredictability keeps the pressure high, and I wondered throughout how this novel could possibly deliver a satisfying conclusion. But Benjamin Ludwig, himself the foster parent of an autistic teen, pulls together the action into a tear-provoking finale that will have you cheering for the stubborn, brave, impulsive, and ultimately heroic Ginny Moon. (Heck, I’m getting teary just writing this review.) —Adrian Liang, The Amazon Book Review --This text refers to the hardcover edition.

When Ginny Moon was nine, she was removed from her abusive mother Gloria's custody and placed in foster care. Before she left, however, she put Baby Doll in a suitcase located in Gloria's apartment to keep her toy safe. Now Ginny is 14 and has been adopted by a loving couple who help her deal with her autism. But she is tormented by concern for Baby Doll. Is Ginny's cherished possession still in the suitcase? Her well-meaning parents have repeatedly offered to get her a new doll, which only exacerbates the teen's isolation and despair. Ginny's first-person narration reveals the gulf between her rich internal life and her ability to communicate with the outside world. Misunderstood and at odds with those around her, Ginny begins her quest to rescue Baby Doll while seemingly oblivious to the protections in place that prevent her from returning to Gloria, creating turmoil within her new family. Like any tale with an unreliable narrator, the book relies on details that gradually coalesce and make sense. Ludwig's debut novel incorporates his personal experience as the adoptive father of a teen with autism. The result is an enthralling, suspenseful, and heartfelt work. VERDICT A go-to choice for those seeking fresh, compelling storytelling, particularly those fascinated by Mark Haddon's now-classic The Curious Incident of the Dog in the Night-Time.—Diane Colson, formerly at City College, Gainesville, FL --This text refers to the hardcover edition.

''Ginny Moon is a brilliant debut. In asking us to identify with a developmentally delayed, autistic teenage girl and her peculiar obsession, Ben Ludwig set himself an Olympic degree of difficulty, but he succeeds with the extraordinary Ginny Moon. I was unable to put the book down as I willed her to overcome the obstacles within and around her. Ben Ludwig is a fine observer of human dynamics, and his sometimes dark sense of humor means that the emotional journey, challenging as it is, never becomes wearing. I was mightily impressed -- this novel has all the elements for critical and popular success.'' --Graeme Simsion, New York Times bestselling author of The Rosie Project

''Ludwig's excellent debut is both a unique coming-of-age tale and a powerful affirmation of the fragility and strength of families.... Ludwig brilliantly depicts the literal-minded and inventive Ginny.'' --Publishers Weekly, starred review

''This stunning debut novel grabs readers by the heart and doesn't let go. Fourteen-year-old Ginny Moon chronicles her increasingly harrowing life with her Forever Parents with one of the truest voices in modern literature.... Ludwig's triumphant achievement is borne from his own experience as the adoptive parent of a teen with autism, and his gorgeous, wrenching portrayal of Ginny's ability to communicate what she needs is perfection.'' --Library Journal

''Fresh, funny, heartbreaking and real, you will love this novel. Sometimes an author comes along who captures the moment in its complexity and fierce detail, illuminating the world in a way that changes readers perceptions and opens our hearts to understanding. Ginny Moon brings you inside the experience of autism, revealing the experience of it, not only what it must be like from the outside, but how it must feel from within. Benjamin Ludwig paints in every color with ferocity and ultimately, joy. I was galvanized by this read. You will be too. This is a book to savor and share with everyone you know. I did and I will.'' --Adriana Trigiani, New York Times bestselling author of The Shoemaker's Wife

''Benjamin Ludwig gives us a remarkable heroine in Ginny Moon. Writing poignantly and yet starkly believably from an autistic girl's point of view, he allows us to see the world in all its glorious mess, full of people trying to do their best and often failing, but heroically so.'' --Melanie Benjamin, New York Times bestselling author of The Swans of Fifth Avenue

''There is no guessing where Ginny Moon is going to take us in this page-turning, surprising, funny, heartbreaking, at times disturbing, and ultimately morally complex story. In Ginny's logical yet perplexing mind, it makes sense to try to get kidnapped by her dangerous birth mother. But something much larger is at stake, and we are left with the question-is love unconditional? What makes a good parent? A moving and thought-provoking debut.'' --Eowyn Ivey, Pulitzer Prize Finalist and national bestselling author of The Snow Child

''In telling the tale from Ginny's perspective, Ludwig captures the carefully constructed, sometimes-claustrophobic world Ginny inhabits.... By turns heartwarming and heartbreaking, Ginny's quest for a safe home leads her to discover her own strong voice.'' --Kirkus Review

''Benjamin Ludwig's novel is a genuine and touching debut; Ginny Moon is a wonderful and memorable heroine.'' --Dan Chaon, National Book Award Finalist and bestselling author of Await Your Reply and Ill Will

''A heartwarming but refreshingly honest story about the making of an American family, told by a character who is, indeed, original-and impossible not to love.'' --Rumaan Alam, author of Rich and Pretty

''If I could ask Ginny Moon one question-and she only does allow one question at a time-it would be what does it feel like to be the heroine of a compulsively readable novel? Benjamin Ludwig does such a wonderful job of conjuring Ginny onto the page and of making us turn those pages at breathless speed. Ginny Moon is a sparkling debut.'' --Margot Livesey, New York Times bestselling author of Mercury and The Flight of Gemma Hardy

''Ludwig creates a startling, powerful voice in Ginny Moon, a character who lingers well beyond the pages. This is gripping work.'' --Erika Swyler, bestselling author of The Book of Speculation

''Artfully rendered, heartbreaking, funny and suspenseful, Ginny Moon is a veritable smorgasbord of a read that will stay with you long after you've consumed the final page. Excellent!'' --John Lescroart, New York Times-bestselling author

''In his riveting debut novel, Benjamin Ludwig has given life to the unforgettable Ginny Moon. With a compassionate and insightful voice, Ludwig shares a story that will have readers cheering for Ginny, fearing for her and wanting to reach inside the pages of this poignant novel to guide and protect her. Ginny Moon will live on well past the last page and will forever change those who spend a little time with her.'' --Lori Roy, Edgar Award-winning author

''Ginny Moon had me wrapped around her little finger from the first page, and I'd have stayed under her spell for a book twice as long; it made me late for many appointments, and I was never sorry. This is a thrilling, often hilarious story, as heart-pounding as it is big-hearted.'' --Rebecca Makkai, author of The Borrower and The Hundred-Year House

''Benjamin Ludwig's Ginny Moon is both honest and raw. Ludwig gives voice to the voiceless. You might not know that the book is partially inspired by Ludwig's adoption of a teenager with autism, but you should be among the first to get to know Ginny Moon.'' --Alexi Zentner, author of The Lobster Kings and Touch --This text refers to the mp3_cd edition.

Benjamin Ludwig is a life-long teacher of English and writing. He holds an MAT in English education and an MFA in writing. Shortly after he and his wife married they became foster parents and adopted a teenager with autism. The Original Ginny Moon is his first novel, which was inspired in part by his conversations with other parents at Special Olympics basketball practices. He lives in New Hampshire with his family.

--This text refers to the mp3_cd edition.
Read more