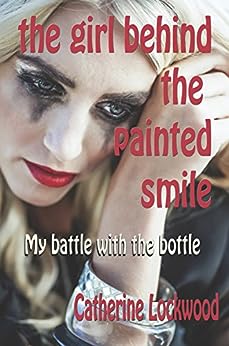 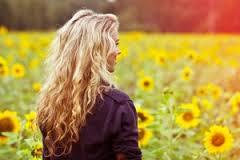 The Girl Behind the Painted Smile: My battle with the bottle Kindle Edition

Catherine Lockwood was born in England in the late fifties. She suffered from childhood depression which continued into adulthood, resulting in a tumultuous, colourful life.  She has recently taken up writing and firmly believes that we all have a book inside us screaming to get out. --This text refers to the paperback edition.

3.6 out of 5 stars
3.6 out of 5
53 global ratings
How are ratings calculated?
To calculate the overall star rating and percentage breakdown by star, we don’t use a simple average. Instead, our system considers things like how recent a review is and if the reviewer bought the item on Amazon. It also analyzes reviews to verify trustworthiness.
Top reviews

O.
5.0 out of 5 stars A survivors story from the depths of alcoholism and back to the living.
Reviewed in the United States on November 13, 2015
Verified Purchase
Catherine bears her soul. A hard thing to do for anyone. She doesn't expect you to like her nor does she expect you to forgive her failings. She's real.
Her life has been spent with men who mentally and physically abused her and she found solice in a bottle of vodka. It numbed her insecurities and stopped her from feeling less than she was.

She loved her children and eventually found strength to throw off the booze and stand up for herself.
This is a remarkable survivors story that no reader should miss.
Read more
One person found this helpful
Helpful
Report abuse

JH
5.0 out of 5 stars Honest interesting and disturbing memoir
Reviewed in the United States on October 31, 2013
Verified Purchase
I usually dash to the computer and send off a review when I have finished a book that either (1) totally bored or annoyed me or (2) had me engrossed throughout. Mediocre books do not seem to galvanise me into reviewing them.
This book, however, made me stop and think and I simply could not review it without thinking long and hard. I do not know why I needed to sit back possibly so that I was not confusing the irritation I felt with her constant poor choices with the fact I thought it is a well written honest book.
The author has had shitty life which she has been honest enough to lay bare to the reader. The fact that a lot of her unhappiness comes from her own alcohol abuse is not avoided. Clearly her early life with an awful Mother created this inability to recognise that the partners she chose were not, to say the least, suitable for such an emotionally damaged person.
The chapters relating her life in television were very interesting and I was amused and entertained by her stories.
I am not going to rehash her whole life in this review nor judge her lifestyle, I am writing it aimed at potential readers so that they can make the decision of whether to buy it or not. I say buy it! One word of warning....I avoided my evening drink for two days afterwards!
Read more
9 people found this helpful
Helpful
Report abuse

Kindle Customer
1.0 out of 5 stars The girl behind the painted smile
Reviewed in the United States on August 12, 2017
Verified Purchase
This is a very depressing tale. A story of dysfunctional relationships, gross stupidity and alcoholism, writ large. I read through to chapter five and could take no more. The only thing that will improve the book is editing. I'm sorry Catherine Lockwood, it didn't work for me.
Read more
Helpful
Report abuse

Sheree
4.0 out of 5 stars Great read
Reviewed in the United States on January 21, 2014
Verified Purchase
Amazing story. Really enjoyed reading this book and sharing the life experiences with the author. It gave me an insight into alcohol addiction. I like how the author ultimately owns and takes responsibility for her actions and choices. Respect.

Such an amazing memoir though. Really grateful that the author has chosen to share her story with the world.
Read more
2 people found this helpful
Helpful
Report abuse

AWR
5.0 out of 5 stars On of my favorite healing memoirs
Reviewed in the United States on April 1, 2016
Verified Purchase
The compulsion that lies in wait; the illusion of having fun while getting smashed; the folly of controlled drinking; the progressive nature of this inherently selfish disease; forgetting shame and moving on. Ultimately, it's how we feel about ourselves that gives people the roadmap to hurting us.
Read more
One person found this helpful
Helpful
Report abuse

Brooke Ashworth
5.0 out of 5 stars Loved It
Reviewed in the United States on February 16, 2014
Verified Purchase
This book was so good! I love how she explained from childhood n up. I couldn't stop reading it once I started. It's a page Turner! I recommend it to anyone who likes to read about alcoholism or to anyone that think they might have a problem with alcohol.
Read more
3 people found this helpful
Helpful
Report abuse

FL Girl
4.0 out of 5 stars I couldn't put this book down
Reviewed in the United States on January 26, 2014
Verified Purchase
It was a book that draws you in and makes you think. I love reading books about alcoholism and recovery this is a great story and an easy read. I had to keep reading to find out what happens in the end.
Read more
Helpful
Report abuse

skt727gp
5.0 out of 5 stars An excellent book
Reviewed in the United States on July 26, 2015
Verified Purchase
Nothing good comes out of alcohol. I know. Glad that you can see life through sobriety. A very brave woman.
Read more
5 people found this helpful
Helpful
Report abuse
See all reviews

Karl Wiggins
5.0 out of 5 stars This book is raw!
Reviewed in the United Kingdom on March 14, 2015
Verified Purchase
Lockwood is like a pebbled mosaic. A hodgepodge assemblage of so many small pieces of coloured stone that make up her very identity, representing who and what she will always be – a mother, an actress, a beaten housewife, a disillusioned believer, a dreamer, a clown, a soft touch, a punch bag ….. a drunk

Catherine Lockwood pulls no punches. She doesn’t ask you to like her, she doesn’t beg your forgiveness, she doesn’t try and explain, and she offers no excuses.

You want her to come out fighting, but all her fight is at the bottom of a bottle of vodka. The irony of an alcoholic husband reproaching her for drinking when he can hardly stand up himself is not lost on the reader.

I don’t know why certain women seem to attract men who want to exploit them. Maybe it’s simply because they’re hurting and the wrong type of predator sees them as an easy target. Lockwood is – or was – an easy target. Yet she’s not promiscuous. She’s loyal and dutiful to the abusive husbands.

No, Catherine Lockwood is not promiscuous, but she is – or was - a drunk. A screaming, dancing on the tables, leave-your-children-all-alone, comatose, dead-to-the-world, juiced up alcoholic who hates Alcoholics Anonymous and the people who go there with a passion. Instead she lurches and teeters through life with a bottle of voddie in one hand and a virtual tattoo on her forehead that reads “Abusive men only.”

And she writes about all of this with such skill and such outspoken candour that the reader just cannot help being drawn in to this remarkable survivor’s story. She is blunt and to the point, spitting in the face of those who’ve violated her.

Do yourself a favour and download a copy of this book sharpish.
Read more
14 people found this helpful
Report abuse

Jonty
4.0 out of 5 stars Cold Hard Truth
Reviewed in the United Kingdom on April 3, 2014
Verified Purchase
This memoir hides no secrets about the problems encountered with alcoholism. A very honest and descriptive account of the author's experiences leaves one in no doubt about the difficulties faced by both herself and those around her. The number of times she managed to quit, only to succumb again were astounding.
However, whilst I can understand the author's need to leave nothing out, I did find the book excessively long. Stumbling into the same mistakes over and over made for repetitive.reading and I eventually jumped several chapters - missing the crucial event which culminated in her finally kicking the habit for good (I hope!). I then had to back-track to find out what it was.
An interesting and enlightening, if somewhat lengthy book. However, potential readers should be aware that it does, by virtue of its subject, contain an excessive amount of 'foul' language. If you can't handle that, it's not for you.
Read more
One person found this helpful
Report abuse

lynnnanna
5.0 out of 5 stars Sad, Desperate
Reviewed in the United Kingdom on March 29, 2015
Verified Purchase
Exciting, Sad, Desperate. Its all there. a Girl with an turbulent childhood. everybody involved in her life abusing drink. she falls into the arms of abusive Men, did she survive? read it and find out. Enjoyable read, well written story of how others struggle.
Read more
5 people found this helpful
Report abuse

wendy ellis
4.0 out of 5 stars Captivating and so openly honest
Reviewed in the United Kingdom on March 12, 2016
Verified Purchase
Well, I've just finished reading this book and can honestly say that the author speaks so openly, truthfully and matter of fact about her life as she sees it.
she tempts the reader to be judgemental on so many occasions but her unique way of writing allows you to sit by her side, taking this journey together page by page and make you think about whether you honestly have the right to do so. Super book.
Read more
Report abuse

Amazon Customer
5.0 out of 5 stars Couldn't put it down!
Reviewed in the United Kingdom on January 19, 2014
Verified Purchase
From the very 1st page I wanted to read more. Catherine had a very relaxed and friendly writing style and reading her story made me angry, sad and laugh! The understanding we can all recover from life's challenges is huge. Catherine's life was tough and yet today she is living life her own way with strength and wisdom. Tonight I will sleep with only lovely thoughts!
Read more
4 people found this helpful
Report abuse
See all reviews
Back to top
Get to Know Us
Make Money with Us
Amazon Payment Products
Let Us Help You
EnglishChoose a language for shopping. United StatesChoose a country/region for shopping.
© 1996-2021, Amazon.com, Inc. or its affiliates