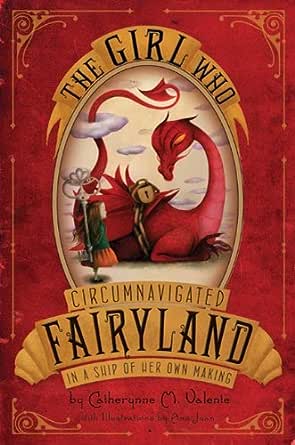 You've subscribed to Fairyland! We will preorder your items within 24 hours of when they become available. When new books are released, we'll charge your default payment method for the lowest price available during the pre-order period.
Update your device or payment method, cancel individual pre-orders or your subscription at
Your Memberships & Subscriptions 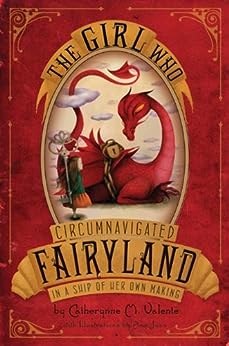 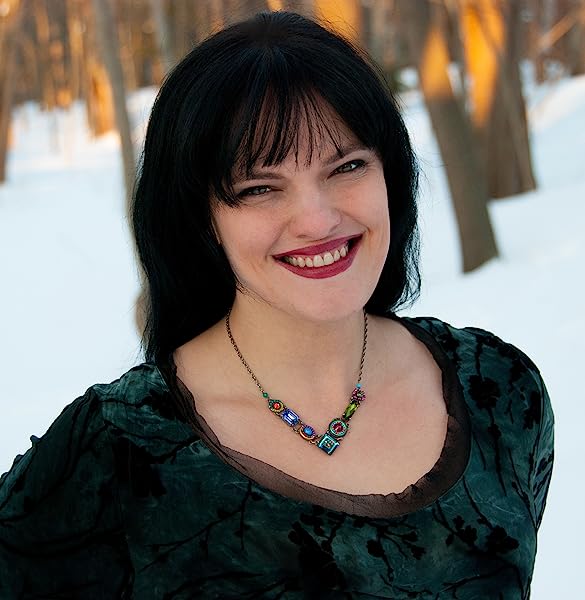 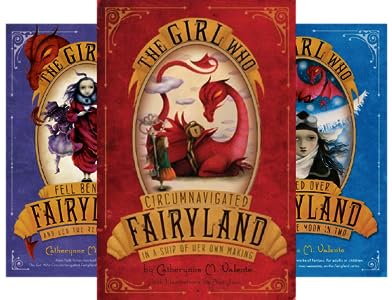 Amazon Best Books of the Month, May 2011: Bibliophilic wyverns, enchanted woods, an evil Marquess, a magical talisman, dwarven customs agents, djinns, velocipedes--and that doesn't even take into account what's in the title of The Girl Who Circumnavigated Fairyland in a Ship of Her Own Making. A fantastical tale that's somewhere between Lewis Carroll and Terry Pratchett, Cathrynne Valente's book follows twelve-year-old September, a girl from Omaha, Nebraska, who finds herself whisked away by a fast-talking gentleman called the Green Wind to the world of Fairyland where she has to retrieve a witch's spoon from the fickle Marquess. Still, Cathrynne Valente's imaginative cast of characters and spirited prose turn what could be a standard heroine-on-a-quest story into something on par with the best (and weirdest) classics. --Darryl Campbell


Amazon Exclusive: Cory Doctorow Reviews The Girl Who Circumnavigated Fairyland in a Ship of Her Own Making

Cory Doctorow is a co-editor of the popular weblog BoingBoing and the author of Little Brother, Wastelands: Stories of the Apocalypse, and several other books.

Valente's The Girl Who Circumnavigated Fairyland in a Ship of Her Own Making: sweet fairytale, shot through with salty tears -- magic!

Feiwel & Friends has done the world an enormous service by putting TheGirl Who Circumnavigated Fairyland in a Ship of Her Own Making, Catherynne M. Valente's extraordinary, award-winning, free web-novel, between covers. What's more, they've augmented it with Ana Juan's wonderful illustrations, one for every chapter.

Fairyland is a book that is both deeply in love with fairy tales and sharply critical of them: the story of September, a girl who flies from her dreary and sad life in Nebraska to Fairyland on the Green Wind. In Fairyland, she meets every sort of wonderful mythical beast (including a wyvern that's half library), eats the most wonderful and strange things, and has the most wonderful and extraordinary adventures and quests. And it really is wonderful: whimsical and lyrical and shot through with an imagination that simultaneously renders the traditional furniture of fairy tales fresh, and manages to make the author's own inventions seem as mythic as the first story told in the first cave in front of the first fire.

But Valente's fairytale broods and seethes, and it is not always such a nice place. For every velocipede herd thundering across the plain, ridden by a marvelous fairy in aviator's leathers and jodhpurs, there's a whipped blue water-djinn who bears the emotional scars of slavery. For every autumn kingdom filled with fiery sylvan alchemists, there is a political exile in the winter country, banished and sorrowing. For every brave sacrifice from September's companions, there's an abandoned soap golem that wishes the good queen would restore Fairyland to its glory.

And that's what makes Valente's work so truly fairytale fantastic: the sense that the magic sweetness is alloyed with a pinch of salty tears that makes it all so flavorful and complex, a wonder streaked with anxiety. So as September embarks on her quest to topple the evil Marquess who is bent on remaking Fairyland so that it is as dull and regimented as Omaha, Nebraska, we cheer her on, fear for her, and wonder, a little, if she might not be on the wrong side of the war.

“A glorious balancing act between modernism and the Victorian Fairy Tale, done with heart and wisdom."  -- Neil Gaiman, Newbery Award-winning author of The Graveyard Book “September is a clever, fun, stronghearted addition to the ranks of bold, adventurous girls.  Valente's subversive storytelling is sheer magic." -- Tamora Pierce, author of The Immortals series “A mad, toothsome romp of a fairy tale -- full of oddments, whimsy, and joy." -- Holly Black, author of Zombies vs. Unicorns and the Spiderwick Chronicles “When I saw that this book reminds me simultaneously of E. Nesbit, James Thurber, and the late Eva Ibbotson, I don't mean to take anything awy from its astonishing originality.  It's a charmer from the first page, managing the remarkable parlay of being at once ridiculously funny and surprisingly suspenseful.  Catherynne Valente is a find, at any age!" -- Peter S. Beagle, author of The Last Unicorn
"This is a kind of The Wonderful Wizard of Oz by way of Alice's Adventures in Wonderland -- it's the sort of book one doesn't want to end." -- Publisher's Weekly, Starred Review

“[Fairyland creates] a world as bizarre and enchanting as any Wonderland or Oz and a heroine as curious, resourceful and brave as any Alice or Dorothy. Complex, rich and memorable.” -- Kirkus, Starred Review

"This book is quite simply a gold mine." -- Booklist, Starred Review

EXEUNT ON A LEOPARD

Copyright © 2011 by Catherynne M. Valente
--This text refers to an alternate kindle_edition edition.

Catherynne M. Valente is the author of over a dozen books of fiction and poetry, and is best-known for her urban speculative fiction, including "Palimpsest" (winner of the 2010 Lambda Award), and "The Orphan's Tales: In the Night Garden." This, her first novel for young readers, was posted online in 2009 and won the Andre Norton Award--the first book to ever win before traditional publication. Cat Valente lives on an island off the coast of Maine with her partner, two dogs, and an enormous cat.

Ana Juan is a world-renowned illustrator known in this country for her wonderful covers for the "New Yorker" magazine, as well as the children's books "The Night Eater," and "Frida," written by Jonah Winter. She lives in Spain. --This text refers to the library edition.