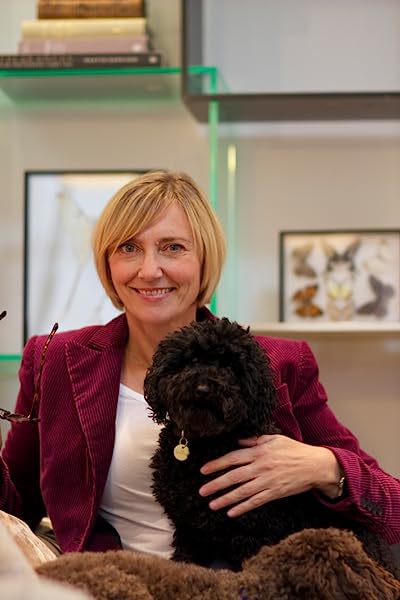 The Girl in the Glass Tower Hardcover – International Edition, June 2, 2016

by Elizabeth Fremantle (Author)
4.2 out of 5 stars 73 ratings
See all formats and editions
Sorry, there was a problem loading this page. Try again.
Read more Read less
Previous page
Next page

Elizabeth Fremantle is the critically acclaimed author of Queen's Gambit, Sisters of Treason, Watch the Lady and The Girl in the Glass Tower. She holds a first for her BA in English and an MA in Creative Writing from Birkbeck. She lives in London.
Tell the Publisher!
I'd like to read this book on Kindle

4.2 out of 5 stars
4.2 out of 5
73 global ratings
How are ratings calculated?
To calculate the overall star rating and percentage breakdown by star, we don’t use a simple average. Instead, our system considers things like how recent a review is and if the reviewer bought the item on Amazon. It also analyzes reviews to verify trustworthiness.
Top reviews

D. Howard
4.0 out of 5 stars A well-written historical romance
Reviewed in the United States on August 24, 2019
Verified Purchase
The story of a cousin of King James I, whose proximity to the succession dominated her life, is well told. The author managed to convey a sense of life at the Tudor and Stuart courts, as well as the difficulty faced by women at that time of having an independent existence.
Read more
Helpful
Report abuse

Tro
4.0 out of 5 stars Entertaining read
Reviewed in the United States on July 28, 2017
Verified Purchase
This author creates a heartfelt insight into what the world of Arabella Stuart could possibly have been like and brings to life several interesting historical figures
Read more
Helpful
Report abuse

TXwalker
4.0 out of 5 stars Very good story
Reviewed in the United States on August 19, 2016
Verified Purchase
This is a well written story of yet another obscure member of the Stuart family who had other family members contriving to make this individual the heir to Elizabeth I. The historical background is very detailed and the writing makes the characters come alive. Makes one glad to NOT be a member of royalty in the 1600"s!
Read more
3 people found this helpful
Helpful
Report abuse

Jennifer Cameron-Smith
4.0 out of 5 stars ‘Memories are like that cracked pane of glass with its subtle distortions.’
Reviewed in the United States on June 25, 2017
Lady Arbella Stuart is ‘The Girl in the Glass Tower’ and I picked up this book with interest: Lady Arbella Stuart had always been a shadowy figure in my reading about Tudor/Stuart history. I knew that she had been considered as a possible successor to Elizabeth I, and when I first came across her name I was convinced it had been misspelled. But I knew little about her.

First, some biography. Lady Arbella Stuart was the only child of Charles Stuart, Earl of Lennox and his wife Elizabeth Cavendish. She was a grandchild of Matthew Stewart, Earl of Lennox and Lady Margaret Douglas, whose parents were Archibald Douglas, Earl of Angus and Margaret Tudor, daughter of Henry VII of England and widow of James IV of Scotland. In short, Arbella Stuart was the great-great- granddaughter of Henry VII, and was in line to the English throne. While it seems that she did not seek the throne herself, there were others keen to push her claims. Her grandmother, Elizabeth Cavendish, better known as ‘Bess of Hardwick’ was key.

In this novel, Elizabeth Fremantle brings Arbella Stuart out of the shadows. Arbella’s story is told in the past tense, in conjunction with the story of another historical figure, Aemilia Lanyer (Ami) a writer and poet whose story is told in the present. It makes for an interesting juxtaposition: Ami’s story moving back in time as Arbella’s story moves forward. The gaps in one story are filled in the other. Arbella spends much of her time with her grandmother, effectively imprisoned behind the imposing glass windows of Hardwick Hall. She is being kept safe: there is much danger in the world for those with royal blood. And living within this glasshouse, unable to take control over many aspects of her life, Arbella wishes to ride her horse Dorcas, and longs to be free.

‘You may not be Queen of England but you are queen over the realm of your body.’

The historical facts can be found readily for those in search of them, having all of the detail before reading the novel may well spoil the experience for some readers. Arbella wanted to marry, but because of her place in the succession neither Elizabeth I nor James I would agree. There were offers made for her, but they came to nothing. As Arbella grew older, she sought to control her life by controlling her body.
In this novel, her one last chance for happiness was thwarted. Ami Lanyer is part of this and, while aspects are wholly fictional, it provides an interesting dimension to Arbella’s story.

I finished this novel feeling like I had some greater sense of Arbella Stuart, but also wanting to know more about Aemilia Lanyer. I was left with a small question, though: were containers really called cartons in late 16th and early 17th century England?

Note: My thanks to Michael Joseph and NetGalley for providing me with a free electronic copy of this book for review purposes.

Jacques de Coster
2.0 out of 5 stars Boring
Reviewed in the United States on March 19, 2017
Arabella herself wrote that her life was boring and that's what this book was.
Read more
One person found this helpful
Helpful
Report abuse
See all reviews

Heather Johnson
4.0 out of 5 stars Revealing, and intriguing
Reviewed in the United Kingdom on March 10, 2017
Verified Purchase
An introduction to the women beyond Henry VIII, refreshing to read more on a power player who wasn't trying to be a Tudor wife, and a well constructed story that brings modern day issues to light in an historic context.
Read more
One person found this helpful
Report abuse

CJ & JD Bailey
5.0 out of 5 stars The girl in the glass tower
Reviewed in the United Kingdom on September 6, 2016
Verified Purchase
A very enjoyable read. Switching between Arbella and Ami's stories was a good way to depict their lives and how they came together (in the author's mind).
Read more
One person found this helpful
Report abuse

Johanne Elliott
5.0 out of 5 stars Brilliant
Reviewed in the United Kingdom on June 8, 2019
Verified Purchase
Rich in historical detail. Emotional. Sad. Poor lady Arbella
Read more
Report abuse
See all reviews
Back to top
Get to Know Us
Make Money with Us
Amazon Payment Products
Let Us Help You
EnglishChoose a language for shopping. United StatesChoose a country/region for shopping.
© 1996-2021, Amazon.com, Inc. or its affiliates