You've subscribed to Annie Oakley Mystery Series! We will preorder your items within 24 hours of when they become available. When new books are released, we'll charge your default payment method for the lowest price available during the pre-order period.
Update your device or payment method, cancel individual pre-orders or your subscription at
Your Memberships & Subscriptions
There was an error. We were unable to process your subscription due to an error. Please refresh and try again. 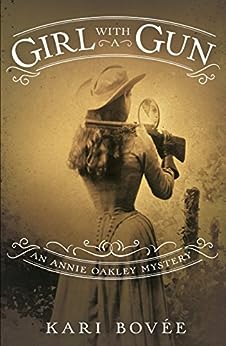 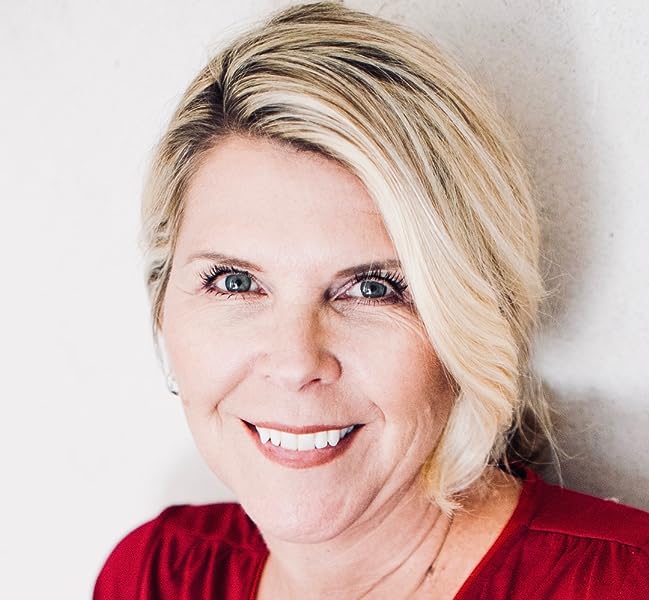 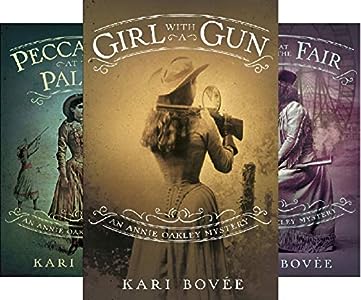 2019 Next Generation Indie Book Awards: Finalist in Historical Fiction 2019 New Mexico/Arizona Book Awards: First Place in the Mystery/Crime Category 2019 Hillerman Award for Southwest Fiction2019 First Place in Category Chanticleer International Murder & Mayhem Mystery Awards"Bovee's debut novel brings readers solidly into the heyday of the Wild West shows, providing wonderful details about the elaborate costumes and the characters' remarkable marksmanship . . . There are enough entertaining elements to keep readers guessing, including romance, rivalries, jealousy, and at least one evil character from Annie's past. The prose has a charming simplicity, which keeps the attention focused on the action and the well-developed protagonist. A quick, fun read with engaging rodeo scenes." ―Kirkus Reviews"A fast-paced plot keeps the pages turning. Readers interested in strong American women will welcome this new series. . ." ―Publishers Weekly"Absorbing, heartfelt, and thrilling, Girl with a Gun shows off young Annie Oakley's skills as a sharpshooter and as a loyal detective. From the period details to the Wild West setting, I was completely immersed in the story and in the larger-than-life characters. It's a fun as a rodeo, and nearly as dangerous. Like Annie herself, Bovee's prose sparkles with precision and skill." ―Martha Conway, author of Underground River, New York Times Book Review Editor's Choice"Kari Bovée paints a captivating portrait of the young sharpshooter, Annie Oakley, in Girl with a Gun. A diverting plot filled with unexpected twists and turns enthralls and satisfies the reader as Annie is transformed from a naïve Quaker girl to an independent young woman. This lively mix of historical fiction, romance, and mystery hits the target!" ―Susan McDuffie, author of the award winning Muirteach McPhee Mysteries

Empowered women in history, horses, unconventional characters, and real-life historical events fill the pages of Kari Bovée’s articles and historical mystery musings and manuscripts. Bovee is an award-winning writer: She was a finalist in the Romantic Suspense category of the 2012 LERA Rebecca contest, the 2014 NTRWA Great Expectations contest, and the RWA 2016 Daphne du Maurier contest for her unpublished manuscript Grace in the Wings. She was also honored as a finalist in the NHRWA Lone Star Writer’s contest in 2012 with the unpublished manuscript of Girl with a Gun. Bovee and her husband, Kevin, live and run their software development company in New Mexico with their cat, four dogs, and four horses.Their children, who live happy lives as productive entrepreneurs and professionals, are their greatest achievements. --This text refers to an out of print or unavailable edition of this title.

4.3 out of 5 stars
4.3 out of 5
189 global ratings
How are ratings calculated?
To calculate the overall star rating and percentage breakdown by star, we don’t use a simple average. Instead, our system considers things like how recent a review is and if the reviewer bought the item on Amazon. It also analyzes reviews to verify trustworthiness.

K. Besecker
1.0 out of 5 stars Not good to mess with an icon
Reviewed in the United States on April 11, 2019
Verified Purchase
I was excited to read this book, however, within the first few pages I knew that I was going to be disappointed and I was. I'm from Annie country, Greenville, Ohio. I work as a research specialist at Garst Museum, home of the National Annie Oakley Center. I've done extensive research on both Annie and Frank so I know their stories inside and out. Annie's story is exciting and dramatic as a non fiction. This author took way too many liberties in changing the time line and true characters of those involved. I recognized the real people even though the names were changed in most instances. Facts were wrong, Frank was not a Kentuckian. He was born in Ireland and immigrated to the US with his parents settling first in Philadelphia and then Camden, New Jersey. He never shot Annie in the hand although he did graze his partner, Samuel Baughman, while shooting in Wisconsin. Annie had three living sisters. Mr Shaw was Annie's mother's third husband who was a poor farmer. Annie was sent away from home at the age of 10 to live at the county infirmary and then was bound out to a man and his wife who mistreated her terribly. She ran away from that couple and returned to live at the county infirmary until she was 16. Greenville didn't have a palatial hotel with marble steps. Greenville was a very small farming town with only small rather plain essential businesses. I could go on but I won't. I may be a bit prejudice where Annie was concerned but I do like accuracy. The author's writing ability was a bit dull as were the characters compared to those real-life characters that surrounded Annie in real life.
Read more
30 people found this helpful
Helpful
Report abuse

lisaleo (Lisa Yount)
4.0 out of 5 stars great idea, solid story
Reviewed in the United States on July 18, 2018
Verified Purchase
This book has a most intriguing idea at its base: have “Little Sure Shot” Annie Oakley, in her days with Buffalo Bill Cody’s Wild West Show, solve a fictional mystery. The book features several real characters in addition to Annie, including Oakley’s rival, romantic interest, and eventual husband, Frank Butler; Buffalo Bill himself; and Sitting Bull, who acts as a comforting father figure to Annie. There are also a number of fictional characters, including Kimi, the teenage Indian girl whose murder begins the story; Twila Midnight, a snake charmer and paramour of Buffalo Bill who radiates malice and knows rather too much about herbs; and Emma, a sweet and fearless reporter on the local paper who befriends Annie and interests her in women’s causes.

The book twiddles with time frames in order to get the characters together as needed by the story; for instance, according to Wikipedia, Annie and Frank met and married before they ever saw Buffalo Bill. Bovee seems to be true to the spirit of the characters, however, for instance accurately portraying Annie’s rural Quaker background and providing a preview of her later interest in women’s suffrage and in teaching women how to use guns for self-defense.

The book is solid throughout. The characters are reasonably well developed and (where appropriate) likeable, the mystery is suitably puzzling, and the writing is competent. However, I have to say that, except perhaps at the end, it never really “zinged” for me. I never quite felt the dust and grit or, conversely, the excitement of the Wild West Show, and Annie, though certainly enjoyable company, came across as just conventionally nice (in an Independent Woman sort of way, of course). I have no specific complaints about the book, but I wish it could have been more.
Read more
25 people found this helpful
Helpful
Report abuse

Nancy L.
4.0 out of 5 stars Fun Combo of Fact, Fiction, and Flair
Reviewed in the United States on July 16, 2018
Verified Purchase
I thoroughly enjoyed "Girl with a Gun." While not a reader (or fan) of historical fiction, I do love the mystery/thriller genre. So I approached the book with curiosity and a bit of skepticism, I'll admit. Pleasantly surprised! What I respect is Bovee's attention to detail, obvious solid research (guns of that era and horse behavior, in particular) and blending of the history with some intentional suspension of disbelief. Those criticizing the "historical inaccuracies" are totally missing the point, IMO.

Full disclosure: I'm a book editor (I DID NOT edit this work), so as a reader I can lapse into professional hazard territory rather quickly and get overly picky. But I found the book held together well as far as continuity, character development (which others here have dinged), plotting, etc. I gave it four stars, as I see a bright future for this author, but want to see her reach even higher. ;-)
Read more
22 people found this helpful
Helpful
Report abuse

Brenda Arnett
1.0 out of 5 stars Very, very disappointed!
Reviewed in the United States on May 2, 2019
Verified Purchase
I also work at the Garst Museum and the National Annie Oakley Center located in Darke County, OH. Though I don't consider myself an Annie Oakley expert I am very knowledgeable about her life. As she was very protective of her reputation I am sure she would be appalled by the distortion of facts about her life in this book. Granted, I only made it through the first two chapters because I could not grit my teeth any longer and continue the agony of reading. I think the author does a great disservice to Annie, her husband, Frank Butler, and the rest of the real life figures in this book. Annie was the first American woman superstar and certainly deserves better than this.
Read more
7 people found this helpful
Helpful
Report abuse

Pamela Lobaugh
2.0 out of 5 stars Took massive liberties with real people
Reviewed in the United States on May 28, 2019
Verified Purchase
Wanted to love this book could have a fun series. However the author took astonishing liberties with the facts of real historical figures.
Spoiler alert
Spoiler alert
First off we start with Chief Sitting Bull, she writes that he only agreed to join the Wild West show if Annie did. Not true he joined a year later that is when they met.
Annie could not read. Frank taught her after they were married. She could of handled this easily by over hearing and by asking the librarian to help.
She says Will Bill had an affair with an adopted Native American daughter and she had their baby. No where in Bills past do you find any of this. Why
Some historical accounts say Lillian Smith she was actually said to be a better shot then Annie but that her flashy still of dress, lifestyle, and being an unabashed braggard put her at disadvantage to Annie who was none of that. That being said the writer paints this women an an Indian heater, drunk, slute. She says the reason she hates Indians is because the Shawnee killed her parents. False she was born in California no Shawnee there plus her father was Smith's agent for a lot of her early career. Smith was married at leas
Read more
4 people found this helpful
Helpful
Report abuse
See all reviews

Kindle Customer
3.0 out of 5 stars Murder Mystery
Reviewed in the United Kingdom on November 11, 2019
Verified Purchase
Sorry it was not a book that I got on with,
I have given it three stars as it was well written but I found that I could not engange with the characters.
Read more
Report abuse

Kindle-Kunde
5.0 out of 5 stars A very
Reviewed in Germany on April 26, 2019
Verified Purchase
Unusual story, about unusual persons. written entertaining and fast. Although the happiness will come it is a hard way to go
Read more
Report abuse
See all reviews