The Girl Who Was Supposed to Die and millions of other books are available for Amazon Kindle. Learn more
Share <Embed> 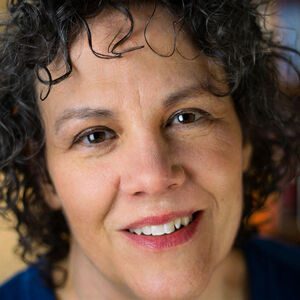 April Henry is the New York Times bestselling author of many acclaimed mysteries for adults and young adults, including the YA novels Girl, Stolen and The Night She Disappeared, and the thriller Face of Betrayal, co-authored with Lis Wiehl. She lives in Oregon.
Start reading The Girl Who Was Supposed to Die on your Kindle in under a minute.

4.7 out of 5 stars
4.7 out of 5
330 global ratings
How are ratings calculated?
To calculate the overall star rating and percentage breakdown by star, we don’t use a simple average. Instead, our system considers things like how recent a review is and if the reviewer bought the item on Amazon. It also analyzes reviews to verify trustworthiness.

The Blonde Likes Books
2.0 out of 5 stars and felt more like an action book than a thriller
Reviewed in the United States on July 31, 2017
Verified Purchase
After waking up in a cabin with no memory of how she got there, Cady starts to panic. Soon after regaining consciousness, she hears her captors talking hears one of them tell the other to take her out back and “finish her off”. After managing to escape, she has no idea where to go…she has no money, doesn’t remember her name, and doesn’t know what happened to her.

In her run from these men, she meets Ty, who ends up accompanying her on her journey to get to safety. What Cady does know is that she’s still in danger, she just doesn’t know why.

I’ve had a few less than stellar reads lately, and I was hoping this quick thriller would be just the thing to break my drought. Unfortunately, it didn’t do it for me. It wasn’t quite what I was expecting, and felt more like an action book than a thriller. The end also took a turn I wasn’t expecting – very similar to The Outliers, which was another book I didn’t like.
What I did like was Cady and her friendship with Ty. I did find it a little unrealistic that they bonded so quickly and that Ty innately trusted Cady when she didn’t even know who she was or what happened to her, but they were good together and relied on each other, which while not always believable, was a nice add to the story, especially considering most of the characters weren’t super developed and were often flat.

Overall, I don’t have a ton to say about the book, which is probably fitting considering it was only ~200 pages long. It was a very quick read, and if you like action books/movies with a touch of biological warfare, this will be the perfect choice for you. Unfortunately, I was looking for something that was more of a thriller, and this wasn’t a winner for me.
Read more
7 people found this helpful
Helpful
Report abuse

AzulTop Contributor: Calligraphy
3.0 out of 5 stars good beginning, bad ending
Reviewed in the United States on August 8, 2013
Verified Purchase
I picked The girl who was supposed to die because I love Henry's previous book The night she disappeared. Sadly, I didn't like this one as much as I loved the first one.

In The girl who was supposed to die, we meet a girl who wakes up with no memory of whom she is, where she is, or why she just heard a voice ordering to have her killed whatsoever.

Just my kind of story! The book picks up fast and it keeps getting better and better. It is when we found out who this girl is, and why people want her dead, that it all goes down the toilet.

I rate the second half of the book as total, unbelievable 'romantic-mystery teen crap.' You know what I mean? Like those simple romantic books that throw a little senseless mystery in to have an excuse for a girl and a boy to meet?

I did like the minimal cliffhangers. That is, we didn't have to nervously bite our nails wondering when something would be explained (other than the girl's true identity), because things always unfolded in the next chapter.

For once, the male character wasn't described as the handsome, take-me-now type. Thus, I was surprised when, after Henry less than favorable description of him, he tagged along.

For so much depth and fine execution put into the beginning of the book, I just wonder what happened to Henry to change toward the end. Even more, I felt as if two different authors had written the book! Henry, the beginning, and some else the second half.
Read more
12 people found this helpful
Helpful
Report abuse

Clarity TX
5.0 out of 5 stars Hard to put down
Reviewed in the United States on October 7, 2019
Verified Purchase
A girl wakes up in a secluded cabin with no memory and two strange men talking about “finishing her off out back.” She doesn’t even remember her name but she knows she has to fight to survive.
Read more
One person found this helpful
Helpful
Report abuse

Kindle Customer
5.0 out of 5 stars The Girl Who Was Supposed To Die
Reviewed in the United States on July 21, 2013
Verified Purchase
A very entertaining short read. Had never read a YA thriller before but I really enjoyed it. I like the fact I can pick it up and finish it in a couple of hours when I have nothing else to do. If its one thing I hate, its having to put a good book aside in order to do something else! Really connected with the characters, especially Ty. He's the type of teenage boy you wouldn't mind seeing your daughter get involved with! I was totally able to empathize with Cady as well and what she was going through. Well done!
Read more
6 people found this helpful
Helpful
Report abuse

Kindle Customer
5.0 out of 5 stars Addictive, gripping and exciting
Reviewed in India on September 12, 2019
Verified Purchase
The book keeps you hooked on from the very first page. It is easy to read and entertaining.
In my opinion, the author did a commendable job in describing the situations and expressing "The Girl's" emotions.
Read more
Report abuse

Danielle
5.0 out of 5 stars Amazing
Reviewed in Canada on December 13, 2013
Verified Purchase
This book is amazing if you like mysteries you are going to love this book. Lots of detail and it shipped within 3 days it was amazing. A must on my list!
Read more
Report abuse

Abigail R
5.0 out of 5 stars Absolutely amazing story
Reviewed in the United Kingdom on January 7, 2014
Verified Purchase
The book is brand new and has a crisp clear picture/cover.
Arrived quickly and was a good price.
Is a great story too. (Mainly for teens)
Read more
One person found this helpful
Report abuse
See all reviews
Back to top
Get to Know Us
Make Money with Us
Amazon Payment Products
Let Us Help You
EnglishChoose a language for shopping. United StatesChoose a country/region for shopping.
© 1996-2021, Amazon.com, Inc. or its affiliates