Girl's Guide to Witchcraft: 15th Anniversary Edition and millions of other books are available for Amazon Kindle. Learn more 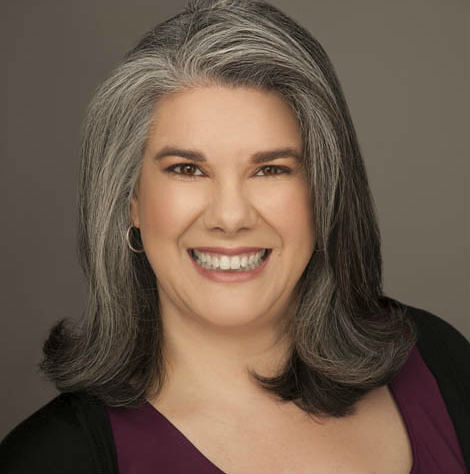 by Mindy Klasky (Author)
4.2 out of 5 stars 447 ratings
Book 1 of 5: Washington Witches
See all formats and editions
Sorry, there was a problem loading this page. Try again.
Read more Read less
Previous page
Next page

Page 1 of 1 Start overPage 1 of 1
Previous page
Next page
Start reading Girl's Guide to Witchcraft on your Kindle in under a minute.

4.2 out of 5 stars
4.2 out of 5
447 global ratings
How are ratings calculated?
To calculate the overall star rating and percentage breakdown by star, we don’t use a simple average. Instead, our system considers things like how recent a review is and if the reviewer bought the item on Amazon. It also analyzes reviews to verify trustworthiness.
Top reviews

L A Hill
1.0 out of 5 stars Quit reading at 42%
Reviewed in the United States on May 21, 2021
Verified Purchase
I tried, really I tried. But the lead character, who was supposed to be 28 (29?), was the emotional equivalent to a teenager. She speaks of having a previous romance, yet the rest of the time thinks and acts like an innocent, and it flips back and forth. The worst part is her " love life", which is a wonderfully rich love affair that is a figment of her imagination! She even calls him her "imaginary boyfriend" . And like a teen and the boy who she dreams of as he sits across the room, her love is a library patron who spends one afternoon a week at the library. She's convinced they'll live happily ever after yet she knows nothing about him except his job and what he's studying. I gave up trying to enjoy this when she became totally ridiculous, lying about something that would obviously be revealed as a lie. Like a kid, and there was no real reason to lie to begin with!

The lead character is ridiculous. I understand now why the title is "Girl's Guide..." , because she's a 28 year old CHILD. When I read about women I prefer them to be intelligent, independent, strong, and honest. This character is none of these things.
✋🐺

Richard and Diana Chicago
5.0 out of 5 stars Pleasure to read!
Reviewed in the United States on April 11, 2020
Verified Purchase
OMG, how long has it been since I've read a beautifully written story with perfect grammar and correct spelling? Jane is our flawed heroine who manages to mishandle everything she touches. Funny, interesting, loyal to her friends and family, naive Jane has to experience heartbreak and social mishaps that made me cringe in order to grow. It's a great trip, don't miss it! Although this was written 15 years ago, this story is still relevant today.
Read more
13 people found this helpful
Helpful
Report abuse

Alex M
3.0 out of 5 stars Very... Lukewarm and predictable
Reviewed in the United States on May 22, 2021
Verified Purchase
I was drawn in by the concept of discovering one's witchy talent, but the unraveling of where she got her powers kind of really just fell flat. Her relationship with her Imaginary Boyfriend was utterly painful and horribly predictable, her relationship with her warder was strange and lacked a good build up. Her relationships with her best friend and familiar were quite possibly the best things here. Neko was devious, and possibly only otaku or Japanese language enthusiasts would understand the pun? wit? behind his name. I kept waiting for something good to happen but... Nothing. The heroine was just... Difficult to love / root for. It was just a series of almost-but-not-quite interesting scenes. I ended the book with a THAT'S IT?!
Read more
One person found this helpful
Helpful
Report abuse

Carole
3.0 out of 5 stars This book does drag on.
Reviewed in the United States on May 13, 2021
Verified Purchase
The storyline started well but after waiting for many chapters to get into the nitty gritty nothing happened. The one relationship I was hoping for never eventuated although it looks to continue in further books. I thought Jane was pathetic, Neko was cute and David was gorgeous. If you have nothing else to read you might enjoy this one. I certainly struggled.
Read more
2 people found this helpful
Helpful
Report abuse

Mitch Please
5.0 out of 5 stars Can’t believe I had’t read this before!
Reviewed in the United States on June 26, 2020
Verified Purchase
How could I have missed this book?! It contains everything I love: magic, sassy heroines, and gay cat boys... what? There’s nothing wrong with loving gay cat boys! An awesome plot, great characters, and a fun read for sure.
Read more
6 people found this helpful
Helpful
Report abuse

Linda Collister
5.0 out of 5 stars Opening up to her true self
Reviewed in the United States on May 4, 2021
Verified Purchase
Jane’s job at the library is about to take a turn for the worse. A salary cut and having to wear colonial clothing might be bearable because she’ll live rent free at the cottage on site. When cleaning her new home she discovers a secret collection of books on magic and inadvertently awakens Neco, who becomes her familiar. Toss in David the handsome man who is her warden, and things start happening. Follow this new witch as she tries to learn the ropes and discover her true self.
Read more
Helpful
Report abuse

Tami Czenkus
5.0 out of 5 stars Phenomenal
Reviewed in the United States on May 11, 2021
Verified Purchase
This is the first time reading this author and she is now on my to be read list for the rest of this series.
I laughed so much while reading this story and it kept my interest till the very end.
I'm excited to read the rest of this series because I'm usually drawn to this trope but I fell in LOVE with all of the characters and it touched on so many topics I didn't miss anything.

Loves to Read
5.0 out of 5 stars A charming story!
Reviewed in the United States on August 15, 2020
Verified Purchase
I enjoyed reading this engaging tale about a librarian and her quirky friends. The romance was interesting and there were quite a few humorous moments. I already ordered the sequel! Highly recommended. :-)
Read more
4 people found this helpful
Helpful
Report abuse
See all reviews

I
3.0 out of 5 stars Good Story, Irritating Heroine
Reviewed in the United Kingdom on May 4, 2021
Verified Purchase
It is no small thing when you don't warm to the heroine of a book but the fact is that Jane Madison was annoying, petulant and delusional. She called on her friend Melissa when ever she needed emotional support and Melissa obliged (I wish I had a friend like that) but in real life Melissa would have walked away.
That said, the story was frequently amusing and entertaining and I am tempted to get the second in the series but could I stand any more of Jane?
Four stars for the story and two for Jane so I compromised on three.

Lyn robinson
5.0 out of 5 stars How to be a good witch
Reviewed in the United Kingdom on April 30, 2021
Verified Purchase
I found this book entertaining. It made you laugh. But it made you cry too. We could all do with being taught some magic.
Read more
Report abuse

Kathyk
5.0 out of 5 stars An entertaining read
Reviewed in the United Kingdom on July 26, 2021
Verified Purchase
that kept me entertained - shame about poor stupid fish though!
Read more
Report abuse