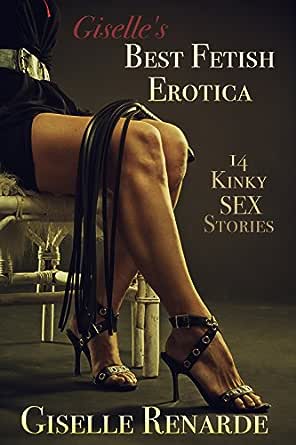 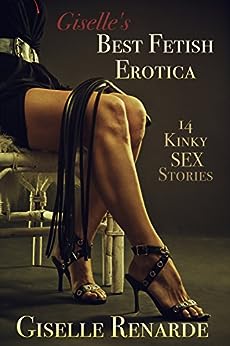 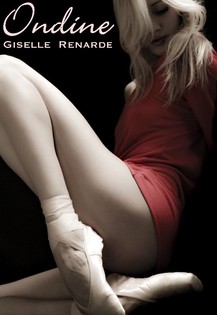 Giselle Renarde is an award-winning queer Canadian writer. Nominated Toronto’s Best Author in NOW Magazine’s 2015 Readers’ Choice Awards, her fiction has appeared in well over 100 short story anthologies, including prestigious collections like Best Lesbian Romance, Best Women’s Erotica, and the Lambda Award-winning collection Take Me There, edited by Tristan Taormino. Giselle's juicy novels include Anonymous, Cherry, Seven Kisses, and The Other Side of Ruth. --This text refers to the paperback edition.

Lisabet Sarai
5.0 out of 5 stars Nobody does kink like Giselle Renarde
Reviewed in the United States on August 26, 2017
Nobody does kink like Giselle Renarde. She has the wildest imagination when it comes to sexual scenarios; her erotic creativity (not to mention her daring) knows few if any limits. At the same time, she writes so well that she pulls you completely into her tales. You really don’t think about whether the sex is extreme; you’re just wonderfully aroused, as well as (quite often) surprised and delighted by the stories’ unexpected resolutions. Her characters, even in her brief vignettes, feel distinctive and real. And her stories feel new, even when the premise is familiar.

If you get the sense that I enjoyed her short story collection, Best Fetish Erotica, you’re right. At the same time, I wonder if the book isn’t mis-titled. While the stories she has assembled here are not vanilla, most of them don’t fit my definition of “fetish”, namely an obsessive sexual preoccupation with a particular object or situation. Some of her characters are playing familiar sexual games, but others are discovering unexpected sexual proclivities for the very first time. Also, the majority of these tales feature individuals who are in established relationships. Often the kinky sex in which they indulge strengthens their emotional bonds. (This is especially true in “The Fattening Room” and “Black Lace and Wood”.) There’s more than a hint of romance in this volume.

On the other hand, if she’d titled the collection “Giselle’s Best Kinky Romance”, she probably would have attracted readers expecting silk scarves and Christian Grey clones. That’s definitely not the vibe here!

The book kicks off with “Night Nurse”, an astonishingly hot cross-dressing story. The incongruous contrast between the protagonist’s burly frame and his female uniform just makes the whole thing more arousing.

I’ve encountered the third story, “Must Love Dolls”, before. That’s not a problem; it is one of my all-time erotica favorites. When a couple orders a high-end sex doll, it transforms and deepens their relationship.

“That’s Not a Scrunchie” is a peculiar but thrilling exploration of female dominance. Don’t expect stilettos and leather; Pella is far more spontaneous and creative.

“A Thief in the Night” deals with sexual improvisation. A fantasy takes an unexpected turn, much to everyone’s eventual satisfaction.

“The Fattening Room” is another standout. Lily-white Canadian Jeremy is engaged to voluptuous Nigerian Nneka. Though he loves her dearly, he’s terrified of visiting her native country for their wedding. His fiancée teaches him a lesson about the many definitions of beauty. The lush prose and complex emotions in this multi-cultural fable push it well into the realm of literary erotica.

“In Tooth and Claw” is Giselle Renarde at her gender-bending best. After many negative encounters, the heroine has sworn off men. Yet something attracts her to her effeminate, cross-dressing colleague.

“Bless Me Father” explores the familiar fantasy of lusting after a priest—in gorgeous, arousing detail.

“Here Lies Rob in his Dirty Clothes” may be the most original tale in the collection. A photographer finds herself irresistibly drawn to a slacker who lives in a filthy apartment and rarely bathes. She takes him in a frenzy of inexplicable lust, atop a pile of dirty clothes. I’m something of a neat-nick myself, yet somehow this story grabbed me. I found the sort of irrational attraction portrayed to be eminently believable.

All the tales in this volume are quite short. The whole book is only 128 pages in PDF form. Still, each one is rich and complete.

I recommend sampling one or two, just before bed.
Read more
2 people found this helpful
Helpful
Comment Report abuse
See all reviews from the United States