You've subscribed to Circle Bar Ranch Series! We will preorder your items within 24 hours of when they become available. When new books are released, we'll charge your default payment method for the lowest price available during the pre-order period.
Update your device or payment method, cancel individual pre-orders or your subscription at
Your Memberships & Subscriptions
There was an error. We were unable to process your subscription due to an error. Please refresh and try again. 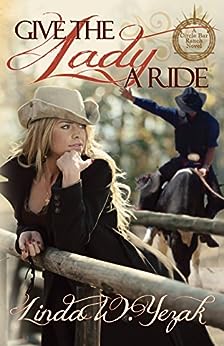 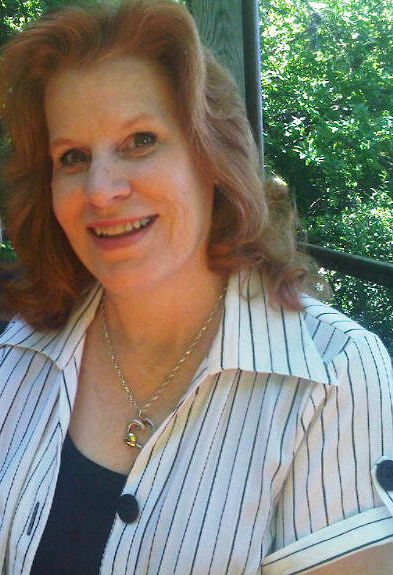 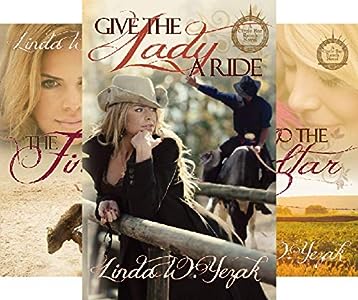 Well, Billy retired April 8, and that's as far as we got.

In March, my mammogram showed a suspicious lump not bigger than the nail-bed on my pinkie finger, and the biopsy proved it to be cancerous. The pathology report said it was ER positive and HER2 positive. If you've had breast cancer before, you might be familiar with these terms. The positive reading on the estrogen receptors isn't too bad, but the HER2 protein being positive is scary. That's what makes the type of cancer I have more aggressive. According to the pathology report after the lumpectomy in April, 15% of the cells were reproducing. HER2 positive cancer is invasive and can come back anywhere in the body.

Patricia Talbert is a high-class social coordinator from New York.

Talon Carlson is a rugged bull rider from Texas.

He thinks she's too polished.

Opposites aren't quick to attract when the lady who enters the cowboy's world is on a mission to sell the ranch. But a box of letters changes her mission-letters of unshakable faith and a love deeper than anything she's ever experienced.

Soon she finds his integrity appealing. Her spunk draws him in. He has the faith she craves; she may be the love he longs for. But faith and love aren't achieved in a single weekend.

To buy time to explore the possibilities between them, she issues a challenge: "Teach me to ride bulls."

From here on, they're in for the ride of their lives. --This text refers to an alternate kindle_edition edition.

Hang on tight for a fun ride as city girl meets rugged cowboy. This isn't your typical romance. Yezak digs deep into her characters' flaws and insecurities to craft a novel about growing up and surrendering. Refreshing Christian theme without being preachy. Great read!---Janet Daly

This book belies the idea that independently published books are inferior. The quality of Linda Yezak's writing and the quality of the book's editing equal the professional standards of the best CBA publishers. It's a thoroughly enjoyable five-star read.--Donn Taylor

Definitely a wonderful story to read! Filled with the perfect blend of humor and romance, this story will leave you with a satisfying smile and a heart hungry for more of Ms. Yezak's work.--Molly, Goodreads review

A sparkling romantic comedy with a twist of faith, Give the Lady a Ride was a delight to read. Linda Yezak's storytelling is nicely paced, and shines with characters that grab you and won't let go. It's about finding the courage and faith to take the ride of your life, holding nothing back. Its about legacy, loyalty, and love, but with a Texas kick. I loved Give the Lady a Ride from start to finish. It gets a perfect yellow rose of Texas from me, which is worth at least five big, shining stars!--T.L. Blakely

I loved it from the first page to the last. A highly recommended read!--Suzanne Williams

I was swept into this story with its vivid characters, so much so that they played out in my mind like those in a great movie. What a treat to not get just one great romance in a story but a touch of another with Chance, Talon's best friend and "brother" and Marie. I've always loved the opposites attract scenario and Yezak did an amazing job. She and Give the Lady a Ride are now on my favorites list.--Kym McNaby

I love the behind-the-scenes looks Linda adds to the story to make bull-riding and rodeos and ranch life feel natural and alluring. In my mind these touches, along with appealing characters and heart-felt, heartstring-tugging romance makes Give the Lady a Ride a very sweet read indeed.--Lisa Lickel

Over twenty-five years ago, after a decade of life as a "single-again," author Linda W. Yezak rediscovered God's love and forgiveness when He allowed her a second chance at marital happiness. She is now living her greatest romance with her husband in a forest in East Texas. After such an amazing blessing, she chooses to trumpet God's gift of second chances in the books she writes. Linda's novels are heart-warming hallmarks of love, forgiveness, and new beginnings. --This text refers to the paperback edition.
Read more

4.3 out of 5 stars
4.3 out of 5
79 global ratings
How are ratings calculated?
To calculate the overall star rating and percentage breakdown by star, we don’t use a simple average. Instead, our system considers things like how recent a review is and if the reviewer bought the item on Amazon. It also analyzes reviews to verify trustworthiness.
Top reviews

Quiltspinner
3.0 out of 5 stars Nice novel
Reviewed in the United States on June 26, 2018
Verified Purchase
You know before hand what will happen here but what you don’t know is the how. It was interesting but flawed on several accounts.
First I found it beyond be, if that the two main male characters each had lost both parents in tragic accidents. Seriously! No other idea to bring them together could be found. Then both main characters had a dead spouse, or fiancé. Again, really. Pretty convenient but lacks imagination.
Pat, had a faith crisis and chose to test God to see if He loved her. I find that so juvenile that I shake my head. That is never what God is about and really I don’t feel people should be encouraged to think that way. God loves us because He created us, not because we can do something or prove anything. That is just not correct spiritual thinking.
All in all, this was ok as a book for summer reading but not something I would tell everyone to read.

Love 2 Read Novels
4.0 out of 5 stars And a great ride it was....
Reviewed in the United States on September 5, 2011
Verified Purchase
Patricia Talbert is a wealthy New York City girl. When her uncle wills her his ranch in Texas she makes a trip down there with the idea of selling it quickly and getting back to New York. That's when she comes face to face with Talon Carlson, foreman of the Circle Bar Ranch. He's a no-nonsense bull rider whose experienced a lot of loss in his life but still retains a deep abiding faith in the Lord. Patricia is drawn to Talon but is not falling for a good-looking, sweet-talking man ever again. Talon is attracted to Patricia but is frustrated by the fact that she wants to sell what has always been his home. Then Patricia finds a box of letters from her uncle that cause her to ponder her decision. She also has a chance to see Talon's deep faith in action. Wanting a little more time to decide what she really wants to do, she asks Talon to teach her to ride bulls. They both learn a lot more than they bargained for.

This was a great story. One I thoroughly enjoyed from start to finish. This author was new to me so I wasn't sure what to expect but I knew by the cover I wanted to find out what was tucked inside. The author has an easy writing style that makes reading a pleasure. Her characters were larger than life and I enjoyed getting to know them all. There was a secondary story going on with Talon's 'brother' Chance and Patricia's best friend Marie which was extremely enjoyable. Both Talon and Chance were wonderful heroes and very romantic. I loved all the interaction between all the characters. The description of the bull riding scenes were so good I felt like I was watching a movie. This story contained some great little spiritual nuggets you gather alone the way which I really liked. I would love to see another installment. If you enjoy an easy-to-read contemporary western with lots of great characters then I suggest you try Give the Lady A Ride. I will be looking forward to other offerings by Linda Yezak.

Bethany Jean
5.0 out of 5 stars Give the Lady a Ride
Reviewed in the United States on March 16, 2011
Verified Purchase
When Patricia Talbert comes to Texas, she's hoping to get in and get

out. Sell the ranch with little trouble and no strings attached.

Unfortunately for her plans, she becomes interested. Not only in the

beautiful country, but in the foreman of the ranch that used to belong

to her Uncle Jake.

Still, she's not about to interrupt her prosperous city life where she is

the daughter of a senator, and also his social coordinator.

Besides, after finding out how many of her friends in New York are

only her friends in order to be close to her father, she's not ready to take on any new

relationships. Especially risking her heart for the second time.

Talon Carlson was raised by Jake and thought of him as a father. His one hope now is that

Before long those hopes are dashed. Can he make it through the pain surrounding not only her

Finally, Patricia issues a challenge to buy some time.

"Teach me how to ride bulls."

Can they get beyond the hostility that marks the beginning of their relationship, and find trust

Linda Yezak pulls you from your surroundings, and places you in the middle of a Texas cow

town. Where men still hold the doors open for ladies, and cowboys ride bulls. Not to test what

kind of men they are, but just for the ride.

This book kept me reading. The heroine has enough uncertainty to make you wonder if there's

time in the book to make the decisions she'll be forced to, and the hero has the good qualities

with the quick temper to match.

I look forward to reading more by this author from the state of Texas, who isn't afraid to spin

Glenda Fowlow
4.0 out of 5 stars Contemporary Christian Western with Flair
Reviewed in Canada on January 22, 2015
Verified Purchase
Two New York city slickers - Patricia and her best friend - arrive in ranchville Texas with the intent to collect ownership papers and find a good realtor in order to sell the ranch for a tidy profit. But God has other plans.

I don't want to give away details, but I will say that I enjoyed the four main characters as well as secondary characters. There's spunk, determination, humility, and laughter combined in a good western story and I enjoyed it. I'd love to read a sequel!

If you enjoy Christian westerns, I recommend this quirky, fun read.
Read more
Report abuse
See all reviews
Back to top
Get to Know Us
Make Money with Us
Amazon Payment Products
Let Us Help You
EnglishChoose a language for shopping. United StatesChoose a country/region for shopping.
© 1996-2021, Amazon.com, Inc. or its affiliates