You've subscribed to The Westport Mysteries! We will preorder your items within 24 hours of when they become available. When new books are released, we'll charge your default payment method for the lowest price available during the pre-order period.
Update your device or payment method, cancel individual pre-orders or your subscription at
Your Memberships & Subscriptions
There was an error. We were unable to process your subscription due to an error. Please refresh and try again. 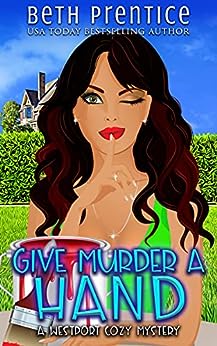 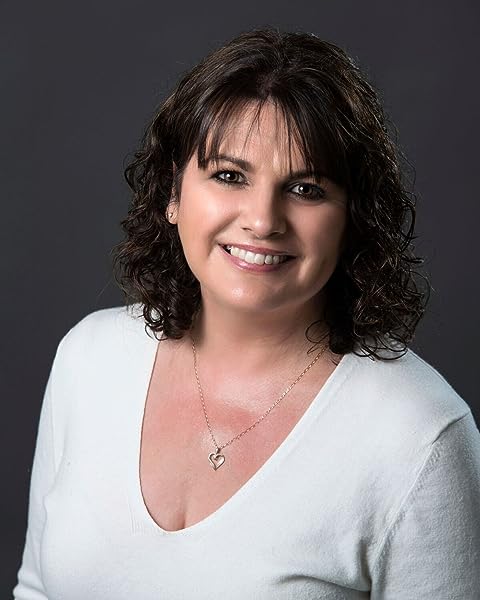 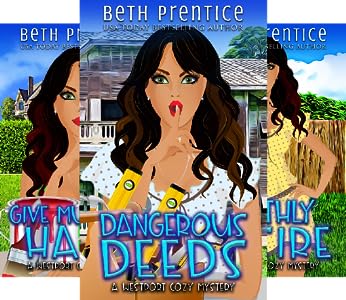 Give Murder a Hand is a true delight, with a riveting mystery, crazy family exploits, and a romantic comedy on the side - Readers Favorite Book Reviews

Beth Prentice is the USA Today Bestselling Author of the Westport Mysteries. Killer Unleashed, her GHP debut novel, received a bronze medal in the 2016 Readers Favorite International Book Awards. Her main wish is to write books you can sit back, relax with, and escape from your everyday life...and ones that you walk away from with a smile! When she’s not writing you will usually find her at the beach with a coffee in hand, pursuing her favorite pastime—people watching! --This text refers to an out of print or unavailable edition of this title.

Rosemary rosiebear Pfeiffer
VINE VOICE
5.0 out of 5 stars Smart, strong characters.
Reviewed in the United States on August 28, 2019
Verified Purchase
Well now that Lizzie has Rileys heart,things should be perfect right? Things between them are going well, the house renovations are moving along great, after the kitchen is done they only have the yard left to do....until Mollys pup digs in the dirt, and finds ....bones ! Human remains! Seems this house holds so many secrets that are being dug up lol. Then an ex-flame from Rileys past shows up. Is his love for Lizzie strong enough for her to keep him? I love the strength that Lizzie has in all the troubles that keep finding her. She has a way of saying what she feels before she thinks and I love that. This story really puts an extra beat in your heart as you are reading it. I think she wouldnt have her wonderful personality without her crazy family. Like Lizzie, I am also in love with Riley.!!!! This is a definate must read! Spoiler alert.. My favorite sentence in the book is with tears in his eyes, Riley says to Lizzie " dont let her be the end of us" I highly recommend reading this series in order. This author really knows how to write!!!
Read more
Helpful
Report abuse

Linda Sue
5.0 out of 5 stars Great Story #2 In The Series Read #1 First.
Reviewed in the United States on May 3, 2016
Verified Purchase
It's a great story. I didn't know I was reading the second book in the series so I was a little lost when Lizzy keeps referring to the stalker from the first book but I was able to follow it well enough. Actually, each book in a series should stand on its own and this book did a fine job of it. I have this problem with digital books in that I can't always tell where I am in the book and I can't always tell how many books are in the series (It might have something with being 65 years old and having grown up with paperback novels). .

Anyway, this mystery had me captivated and I really enjoyed the story. I like Lizzie. She obviously is very attractive since she's got both a handsome handyman (Riley) and a handsome cop drooling all over her but she doesn't seem to notice. I would notice but she doesn't. That's ok, it's just in keeping with her character. She's stronger than she realizes and that's endearing (especially at the end of the story when she needs to be strong).

I had no idea that cats could bleed all over everything like that. I believe it really happened but it's totally gross. It sure did add to the mystery, though. Oh, and I'm glad Riley wasn't in on the whole nastiness. I kept thinking he was but if he were, I would expect a little bit of doubt should have been cast on him and there was none. Thanks for that.
Read more
One person found this helpful
Helpful
Report abuse

Beckett ShionaTop Contributor: Pets
5.0 out of 5 stars A Truly Entertaining Book!
Reviewed in the United States on April 29, 2016
Verified Purchase
Really, really enjoyed this light-hearted cozy! I found it compulsively readable. Although the second in the series, it can be read as a stand-alone. It was very reminiscent of a Janet Evanovich novel (especially Grandma!), but that added to rather than detracted from the story. I had fingered the killer shortly into the story, figured out the background story, but that surprisingly didn't detract from the tale; it was entertaining watching the characters wade through the mess of clues and figure it out for themselves. A lot more character development than is usual in many cozies, and the family interactions were spot-on and frequently hilarious. If I have any complaint, it's that the copy I downloaded (as a free book), was, I suspect, actually a review copy. There were footnotes apparently added by a review team in commentary at the book's ending. Also, the formatting was poor; virtually none of the paragraphs were indented, which sometimes gave me a moment's confusion -- another reason I suspect this was actually the review copy. BTW, any author who doesn't believe it's worth her while to give away an e-book for free once in awhile is really missing the gravy train. In my poor-as-dirt, waiting-for-my-pension-to-begin recent months, I've read free novels almost exclusively, and have discovered several amazing authors from whom, now that I'm solvent again, I can't wait to buy more books! Looking forward to backtracking and reading the first in the series.
Read more
One person found this helpful
Helpful
Report abuse

Illinois Reader
5.0 out of 5 stars Wonderful fun and good mystery
Reviewed in the United States on August 19, 2017
Verified Purchase
Riley and Lizzie are hard at work finishing the house so it can be sold and Lizzie can move in with Riley. The unpleasant secrets that the house has already shared with Lizzie (in book one called "Dangerous Deeds", or formerly named, "It All Started With A House") are causing her to have constant nightmares. Riley urges her to seek counseling and agrees to go with her for moral support. Imagine his surprise when the therapist turns out to be a former girlfriend. A girlfriend that Lizzie can tell wants Riley back and Lizzie gone for good.

Molly's dog Harper has dug up a skeleton in the back garden, and Lizzie is determined to figure out why it was there and who it was. That mystery is central throughout the book and in usual style for this author, has more side stories and incidents that trees have branches! What follows is a well told researched account of Lizzie finding out who the body was and why it had an extra appendage. Because of one of those side stories, she and Riley come upon evidence that conclusively solves the murder and mystery. Before the book ends, a lot more is discovered as well.

Once again Ms Prentice has written wonderful, believable characters that interact realistically with others throughout this complex story. You can't help but fall a little in love with Riley, have your heart race when Ed is helping, laugh at and with Grandma Mabel, appreciate the siblings, and of course want to hiss at the villians. I would love to read more about this great cast and their adventures. It was sad knowing that the series was over.
Read more
Helpful
Report abuse

Rita Brooks
5.0 out of 5 stars Quirky
Reviewed in the United States on May 3, 2021
Verified Purchase
That is the best way to describe Lizzie. Her and Riley make a good pair. I have enjoyed reading about her escapades. Enjoyed the hint of sex but not all the sordid details. Characters are so funny and true to life.
Read more
Helpful
Report abuse

Customer Cathy
5.0 out of 5 stars Good Mystery At Hand
Reviewed in the United States on June 28, 2015
Verified Purchase
I like this book. Lizzie is brave, but a little naïve. Someone is trying to make her think she is crazy. After bones are found in her yard, she finds blood on her walls and ends up almost dying, twice. An ex-girlfriend of Riley, her boyfriend, is back after him and a cute policeman is trying to help her. Lizzie also has the worse luck which makes the story funny. The mystery is great; it has a good level of intrigue which make up for a few of the drier places.
Read more
3 people found this helpful
Helpful
Report abuse
See all reviews

Miss Clarke
4.0 out of 5 stars Good fun
Reviewed in the United Kingdom on October 4, 2018
Verified Purchase
A well-written, interesting, and often amusing story with likable characters although for me it was spoiled when the baddie became obvious due to too many clues released during dinner. Well worth reading though for its entertainment value.
Read more
Report abuse

Amazon Customer
5.0 out of 5 stars A really good read.
Reviewed in the United Kingdom on May 2, 2015
Verified Purchase
I pre-ordered this book because I was looking forward to reading more about Lizzie and her family, and I wasn't disappointed. She is just as much fun as the first time around. The story is a real page turner and I enjoyed seeing it develop. The murderer is not entirely unpredictable, but the final result is well done. I particularly like the way Beth brings in characters from her other books, so was pleased to meet Theo's owner again.
Read more
Report abuse

Reverend C. Waters
5.0 out of 5 stars Romanceand mystery
Reviewed in the United Kingdom on April 28, 2015
Verified Purchase
I enjoyed this as a light read. Romance with a murder mystery not too gruesome. Just a gentle cozy mystery
Read more
Report abuse

Mrs Pippa Blackman
4.0 out of 5 stars Good read
Reviewed in the United Kingdom on June 16, 2017
Verified Purchase
Typical romcon of which I enjoy, good plot, easy read, like that it followed on well from previous book. Good writer
Read more
Report abuse
See all reviews