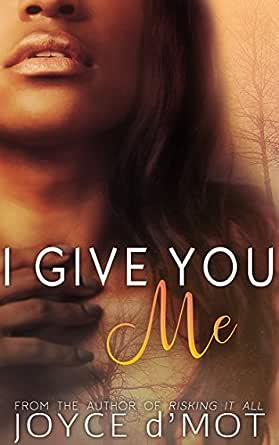 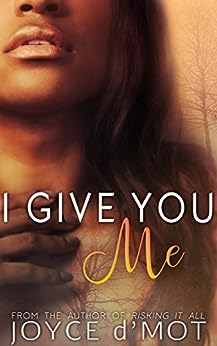 I Give You Me Kindle Edition

3CBeauty
3.0 out of 5 stars Good but missing important pieces
Reviewed in the United States on May 1, 2018
Verified Purchase
It was a good book, however I felt it missed pieces of the story...such as where is her dad? The forgiveness was maybe a little too soon. I just felt like I wanted more added to the storyline.
Read more
Helpful
Comment Report abuse

Kim
3.0 out of 5 stars This is a good...but not great...read
Reviewed in the United States on May 1, 2018
I am so excited to see where Joyce d'Mot's writing career will take her. She has a talent, and her characters show lots of promise. However, I was a bit disappointed that I Give You Me failed to capture my heart and interest in the same manner as its predecessor, Risking It All. At times, the book felt rushed, and both Syeda and Christopher's characters were underdeveloped. The author devotes a fair amount of the book describing Syeda's emotions; however, I believe that she missed opportunities to resolve her characters' complicated relationship more slowly, more artfully, so as to keep the reader engaged. Ms. d'Mot also would benefit from a relentless editor to make her well-chosen words that much more powerful.

Because the book goes thin on plot at times, it's an incredibly quick read. I finished in a couple of hours. That being said, I'll hold out hope that the interaction teased in the epilogue will deliver a fuller, more satisfying experience as Ms. d'Mot brings to life the next chapter in the lives of characters she introduced in the first novel in this series.
Read more
Helpful
Comment Report abuse
See all reviews from the United States