So Glad to Meet You and millions of other books are available for Amazon Kindle. Learn more 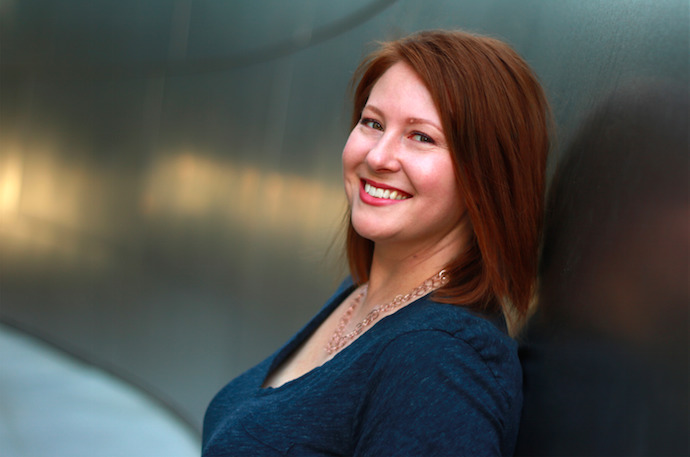 Lisa Super is a brunch enthusiast based in Los Angeles. She's worked on a number of TV shows ranging from pop culture phenomenons (Flavor of Love) to traumedy gold (One Mississippi). While every day in LA is an adventure, traveling with her husband across the globe is her favorite hobby. SO GLAD TO MEET YOU is her first novel.
Start reading So Glad to Meet You on your Kindle in under a minute.

Amazon Customer
5.0 out of 5 stars Fresh and creative idea
Reviewed in the United States on August 9, 2018
Verified Purchase
I really enjoyed this book! I thought the conception of the bucket list being fulfilled by the younger siblings was an interesting way to frame the story, and I was really impressed by the creative ways in which the characters (and by extension, the author) chose to tackle the list's objectives in realistic ways. (About halfway through the book, I tried to come up with some of my own ideas for the remaining items on the list, but they were never as good as what ended up actually happening.)

I also liked the use of dual storytelling---getting on character's point of view one chapter, and the other's in the next---as an economical way of providing a lot of backstory, and to really help the reader get inside the heads of the principal characters and understanding their motivations. Thumbs up all around!
Read more
One person found this helpful
Helpful
Report abuse

Amy
5.0 out of 5 stars Sweetly Poignant
Reviewed in the United States on August 24, 2018
Verified Purchase
An unexpected romance between two teenagers haunted by a shared tragedy. Engaging dialogue and vivid scenes bring the characters to life in this memorable YA novel. It was delightful to watch the relationship between Daphne and Oliver slowly blossom. This is a must-read novel for romantics and optimists of all ages.
Read more
One person found this helpful
Helpful
Report abuse

Although it took a few chapters to get into the story [I thought that it would be a lot more melancholy than it turned out to be], I enjoyed reading So Glad to Meet You. Daphne and Oliver have grown up in the shadows of their older siblings, who had once dated and had committed suicide together. Then Daphne finds a bucket list that the two of them wrote in their final days and decides that Oliver should know about it as well. As a result, the two try to recreate going to all the places that Emily and Jason had listed, but never got the chance to do and in the process come to know more about themselves [and of course fall in love].

I thought that So Glad to Meet You did a great job in creating a realistic scenario that would bring the two of them together, not to mention the stellar job of developing these characters’ own individual personalities in the face of their own personalities being overshadowed by their dead siblings. They are honest, funny, with biting wit that really felt true to today’s high school social culture. Not one of them were ever treated as being perfect, but their faults weren’t made to stand out either. Ugh, it was just too good.

The relationship building between the two was adorable as well. Oliver’s vehement objections to any type of relationship sound so childish, but I thought that it added to the pain of the loss he felt from Jason’s death.

One thing that I cannot recall being mentioned was therapy. I know that this happened seven years ago, but if the two of them, not to mention their entire families, are still so hung up about Jason and Emily’s deaths, I would have liked to see more mentions of going to therapy and trying to find some closure over their lives.

Other than that, I really cannot find too much fault in this book. Yeah, Oliver’s friends could have been fleshed out some more, but what they were were enough to continue on with the story. All all the more explicit scenes were tastefully done and there were a number of scenes where consent of both the partners is a key part of the interaction. I was overjoyed to read them. This book felt healthier to me than a lot of YA novels that have dealt with the topics of death, suicide, and more sexier content could ever hope to achieve. LOVED IT!

**I received an ARC through NetGalley, in exchange for an honest review**

heather@nightlyreading
4.0 out of 5 stars NightlyReading Review
Reviewed in the United States on January 3, 2019
The Plot

I was really in the mood for a good emotional contemporary and I feel that this book hit the nail right on the head.

Daphne & Oliver have one thing in common. Their siblings. Daphne’s Sister, Emily and Oliver’s brother, Jason were dating when they died. Daphne discovers an artifact that the two had shared and feels that she should not keep it to herself. So she hunts down Oliver and thus begins a beautiful relationship.
The Characters

I really loved both of these characters even though they were so different in many ways. They had a ton of really meaningful conversations and were wise way beyond their years.

Daphne loved her sister but is so fearful that she will end up like her. She has a whole life to live and she literally counts down the years until she makes it past the age her sister was when she died. Her home life sucks because her parent’s became really strict after the death of Emily. Her Dad is an alcoholic and her Mom is basically non-existent in her life.

Oliver lives in his brother’s shadow and feels that his parents put Jason on this pedestal. He will never live up to their standards because Jason will have always been so good at everything. He has vowed to himself that he will not be his brother and does everything the exact opposite of Jason.

The most refreshing part of this book would have to be the friendship that the two had formed over such a tragedy. AND the road trips!!! I adore books where the characters take any type of trips to do or see something unique and meaningful.
In Conclusion

I finished this book in one day because I was so invested in these characters. I am currently on the lookout for more books like this one. If you know of any, please send them my way.
Read more
Helpful
Report abuse
See all reviews
Back to top
Get to Know Us
Make Money with Us
Amazon Payment Products
Let Us Help You
EnglishChoose a language for shopping. United StatesChoose a country/region for shopping.
© 1996-2021, Amazon.com, Inc. or its affiliates