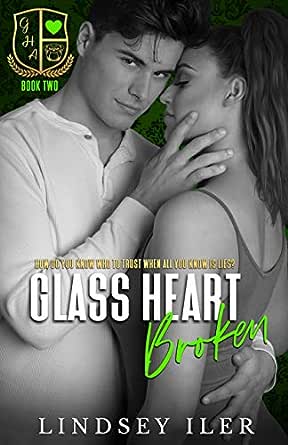 You've subscribed to Glass Heart Academy! We will preorder your items within 24 hours of when they become available. When new books are released, we'll charge your default payment method for the lowest price available during the pre-order period.
Update your device or payment method, cancel individual pre-orders or your subscription at
Your Memberships & Subscriptions
There was an error. We were unable to process your subscription due to an error. Please refresh and try again. 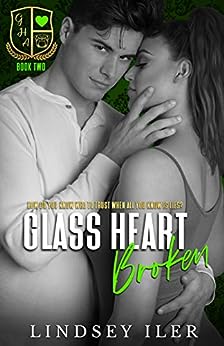 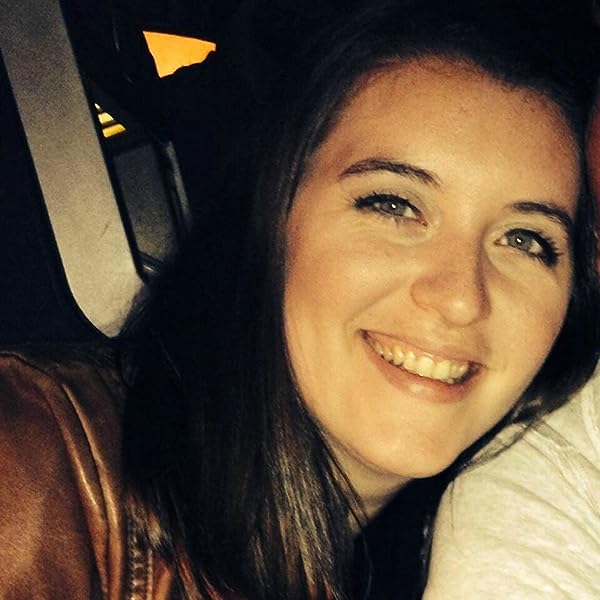 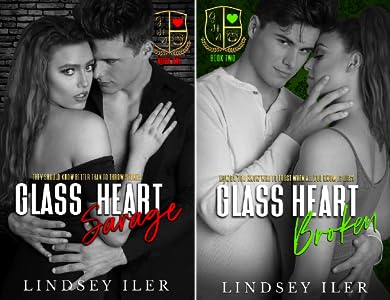 4.8 out of 5 stars
4.8 out of 5
103 global ratings
How are ratings calculated?
To calculate the overall star rating and percentage breakdown by star, we don’t use a simple average. Instead, our system considers things like how recent a review is and if the reviewer bought the item on Amazon. It also analyzes reviews to verify trustworthiness.

K. Friend (The Romantic Rush)
5.0 out of 5 stars Sexy, Twisting, and Even More Addictive- AMAZING Conclusion to Marek and Palmer
Reviewed in the United States on October 20, 2020
Verified Purchase
When I happened upon Glass Heart Savage, I was RIVETED. How had I not read Lindsey before?! I’ve been anxiously awaiting- and this sequel does NOT disappoint. It delivered everything I wanted and more. I am so obsessed with this series.

Glass Heart Broken picks right back up where our story left off- after the catastrophic climax between Palmer and the four Glass Heart boys- leaving them all battered and bruised, some emotionally, some physically- and the startling revelation at the end of the story. Palmer is left reeling , trying to make sense of all she’s learned, and she’s not sure if she can forgive her tormentors for using her so callously- trying to find her sister’s murdered at the expense of Palmer herself. And that’s the real heart of it, what hurts the most- now what they did but rather the fact that she was so easily sacrificed. Because they love her sister more. And that is Palmer’s cross in this story- trying to figure out these guys, Marek in particular- can truly care for her, and if that will ever compare to how they cared for her sister. All while trying to solve the original mystery of course- who is killing girls at their schools….and what other secrets are at play. And everyone has a secret.

I loved the first book, but this one is even better- you can see Lindsey really settling into these stories and characters. Pacing, character progression, emotional depth, and romantic tension are all even stronger than in the prior book. The suspense is meted perfectly, the drama and angst is addictive, and the characters are even more interesting. Lindsey really lets the character dynamics shine here- more so than in book one, which I think makes for an even more intriguing story. Along the way she introduces a hugely important element, and element that changes everyone’s dynamics. And it is brilliant- not only does it ultimately help progress the mystery in a way that leads to a fantastic denoument, but it also makes for some really clever writing. Because we get to watch everyone unravel, everyone gets exposed, MOST of the secrets come out- and we get to watch them work through it. Facing the hard truths about their relationships with each other- and thus, their relationship with themselves.

Palmer REALLY shines- she grows into herself, embraces her power and stands up for her needs. Even if she still is weak for Marke, and to the other guys as well. Lindsey also smartly gives each guy a crucial role in this story, with Palmer in particular, which helps redeem them some, and helps us understand their motives better. Like the prior book, Marek is still SEXY AF- but here we get more into his heart, more into his baggage, and of all the characters, we see the greatest vulnerability for him- the most emotional openness. And he struggles with some stuff- stuff that he HAS to, and that I was worried about facing (because I myself didn’t want to confront some confused Marek feelings)- but he can’t not decide what the past means for the present. His chemistry with Palmer is scorching and aching- a finely tuned balance of longing and repressed emotions.

The mystery is finally solved- and it was a shocker. The way all the pieces weave together into the finale was pretty brilliant. SO many twists and turns, and now everything makes sense. The Glass Heart world, the Glass Heart boys, and Palmer, are all broken. Broken by challenges we expected, and broken by those that we don’t. Broken by what they have to confront about the mystery, about their relationships, and about themselves. But we discover that their freedom lies in their brokenness- in embracing the cracks, exposing them- not only because it lets them, and you breathe, but because it means you can face them. These characters are broken, but they are not shattered- and they soon learn to find safety, fulfillment, and hope in their scars.

This conclusion was an epic adventure- but even better, an emotional roller coaster. And, while this chapter is done, and one mystery is solved, we’re not done finding out what is next for these Glass Heart men- and I am so ready for Breaker in particular!
Read more
3 people found this helpful
Helpful
Comment Report abuse

Mandy Williams
5.0 out of 5 stars Book two is even more twisty than before.
Reviewed in the United States on October 18, 2020
Verified Purchase
Palmer and Marek. Just when you figure out what is right (and what is wrong) with them, Lindsey flips the script and you have to start over. First of all, you must read part 1 of the Glass Heart Academy series or none of this book will fully make sense.

We were left on a monumental cliff hanger (thanks again Lindsey) at the end of book 1. Book two starts with Marek in jail, facing several serious charges. We don't know why Palmer or the other girls are being targeted, we don't know who is targeting them, and the boys, despite being in the "know," truly no NOTHING. So the mystery continues.

We meet some mysterious new characters in book 2, and see another side to not just Marek, but Dixon, Breaker and Byron as well. Loyalties are tested. BIG bombs are dropped and Lindsey leaves us to sit back and watch the carnage unfurl.

The pacing of the story is good. I love that Palmer doesn't just take crap from Marek nor the other boys. They all learn the true meaning of the word loyal in this installment. And once again, the ending left me exhausted yet satisfied... and as always ready for more. I am intrigued by the situations brought to light in this story and what happens with the other characters in regards to the ugly truths of this book.

Lindsey Iler is one of my unicorn authors. Her gift of storytelling, no matter the topic, controversial nature, nor emotion is always compelling and leaves me blown away. This series too, exceeds my expectations. Well done Ms. Iler. Well done.
Read more
One person found this helpful
Helpful
Comment Report abuse

StarStacy
5.0 out of 5 stars They’re broken but it’s beautiful & brilliant!
Reviewed in the United States on October 20, 2020
Verified Purchase
Wow, what a wild, emotional, beautiful ride. We pick up where we left off, and my heart broke for Palmer after her realizations at the end of book 1. After what did happen at the end of book 1, Palmer, Marek and his friends might have a different dynamic with each other. Marek and Palmer have a hold on each other though; Marek was the flame and Palmer the moth, and they burn when they are together. I relished getting to see and know the real Marek. Palmer may have seemed lost at times, yet she was stronger and more resilient than she realized; I cherished her. There were wild twists and gasp-inducing revelations in this book that I was on the edge of my seat and filled with tension to find out what happened to Palmer’s sister Reed and if Marek and Palmer could weather the truths. Marek and Palmer were both broken in the most beautiful of ways, and they had profound moments in this book that moved me to tears and will stay with me. If I could give this book all the stars in the world I would, but I gave it 5 along with this book (and book 1) going on my top reads of 2020 list. If you couldn’t tell, I loved and highly recommend this book (book 1 too).
Read more
One person found this helpful
Helpful
Comment Report abuse

Dawn Miller
5.0 out of 5 stars A gripping, must read
Reviewed in the United States on October 23, 2020
Verified Purchase
In continuation of the story that began in Glass Heart Savage, Palmer struggles to piece together the mystery of what happened to her sister, and the other missing girls from Glass Heart Academy. She’s not sure who she can trust, and even those that she is closest with have something to hide. Marek knows that he and his friends have underestimated Palmer in ways he never anticipated and he struggles to deal with the consequences of their actions from Glass Heart Savage. Glass Heart Broken presents a gripping storyline that you never saw coming. The passion between characters keeps rising, along with the danger in their world. Prepare yourself reader, this story isn’t a gentle one. It is a must-read though! Lindsey Iler does it again with a story that has you unable to put down your book.
Read more
One person found this helpful
Helpful
Comment Report abuse

RhondaTop Contributor: Rock Music
TOP 1000 REVIEWER
5.0 out of 5 stars 5 AMAZING RIDE STARS!!
Reviewed in the United States on October 20, 2020
Verified Purchase
5 AMAZING RIDE STARS!! What an AMAZING RIDE this story was. Palmer and Marek kept it entertaining all the way through...there was mystery, sexiness and a whole lot more that will keep you wanting more. This author has a reader for life....I always 1-Click her book and you should too.
Read more
One person found this helpful
Helpful
Comment Report abuse
See all reviews

CaD.1
5.0 out of 5 stars Loved it
Reviewed in the United Kingdom on November 4, 2020
Verified Purchase
The second book in the Glass Heart Academy duo was fantastic. Well written, brilliant storyline. I loved it.
Read more
Report abuse
See all reviews