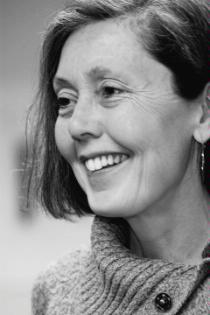 Fusing confession, narrative and classicism, Carson's poetry witnesses the collision of heart and mind with breathtaking vitality. In five long poems and a final essay (the provocative "The Gender of Sound"), her often droll tone and limber use of poetic form mediate a deeply philosophical undercurrent. The nine-part narrative poem, "The Glass Essay," delivers a truth-telling mosaic of diverse subject-matter?including the speaker's departed lover, a visit to her mother, The Collected Works of Emily Bronte, sexual despair and loneliness and visions termed "Nudes." Twenty wry, swift takes on "The Truth About God" include God's Christ Theory and The God Coup; "T.V. Men" wittily casts Sappho and Antonin Artaud as television personas, and explores the medium with ever-shifting refrains such as "TV is made of light, like shame." The 70 brief sections comprising "The Fall of Rome: A Traveller's Guide" deliver a round-robin meditation on strangers, dread, holiness, and mastery; "Book of Isaiah" retells the prophet's struggles in jarring language that reads at once futuristic and supremely ancient. Like a miner's lamp, Carson's nuanced voice illuminates often-unexplored interior spaces.
Copyright 1995 Reed Business Information, Inc.

Bringing a classical education and a philosophic quest to challenge tradition, Carson seamlessly blends these traits in her poetry and prose. This collection of mostly long poems demonstrates Carson's daring and dramatic approach to writing, especially in "The Glass Essay," where she intertwines repercussions of a failed relationship, encounters and attempts to understand her parents, the theme (recurring almost symphonically) of Emily Bronte's glass-box life and intrigue with darkness and death, and Carson's fear and attraction to Bronte's vision. "The Truth about God" brilliantly characterizes biblical language and stories, recontextualizing them and re-envisioning our beliefs about what we have learned. "The Fall of Rome: A Traveller's Guide" contains brief but recurrent phrases like "A stranger is . . . ," with each ending changing and offering new insight. Readers weary of overtly intellectual poetry will find Carson emotionally accessible, and academics will appreciate her obvious knowledge of history and her mental acuity. But mostly, Carson will appeal to readers who are open minded, willing to ask, seek, and learn, and those wanting to be overcome, in a grand way, by an intense, urgent, new kind of poetry. Janet St. John

Anne Carson's poetry - characterized by various reviewers as "short talks", "essays", or "verse narratives" - combines the confessional and the critical in a voice all her own. Known as a remarkable classicist, Anne Carson in Glass, Irony and God weaves contemporary and ancient poetic strands with stunning style. This collection includes: "The Glass Essay", a powerful poem about the end of a love affair, told in the context of Carson's reading of the Bronte sisters; "Book of Isaiah", a poem evoking the deeply primitive feel of ancient Judaism; and "The Fall of Rome", about her trip to "find" Rome and her struggle to overcome feelings of a terrible alienation there.

Anne Carson was born in Canada and teaches ancient Greek for a living.
Read more
Tell the Publisher!
I'd like to read this book on Kindle

4.5 out of 5 stars
4.5 out of 5
35 customer ratings
How does Amazon calculate star ratings?
Amazon calculates a product’s star ratings based on a machine learned model instead of a raw data average. The model takes into account factors including the age of a rating, whether the ratings are from verified purchasers, and factors that establish reviewer trustworthiness.
Top reviews

Marion
VINE VOICE
5.0 out of 5 stars Amazingly Beautiful Poems
Reviewed in the United States on August 7, 2011
Verified Purchase
This book of poetry is purely amazing. It's worth every cent I paid to discover the delightful poetry of Ms. Carson. My favorite poem is "God's Justice" which I share below. Buy this book and experience the magic of her words.

In the beginning there were days set aside for various tasks.
On the day He was to create justice
God got involved in making a dragonfly

and lost track of time.
It was about two inches long
with turquoise dots all down its back like Lauren Bacall.

God watched it bend its tiny wire elbows
as it set about cleaning the transparent case of its head.
The eye globes mounted on the case

rotated this way and that
as it polished every angle.
Inside the case

travel all the way down turquoise dots to the end of the tail
and breathe off as light.
Its black wings vibrated in and out.

Carrie
5.0 out of 5 stars Anne Carson is the love of my life
Reviewed in the United States on February 14, 2019
Verified Purchase
I could read "The Glass Essay" a million times and never get bored with it. Anne Carson is a literary God.
Read more
One person found this helpful
Helpful
Comment Report abuse

Shelley M Green
5.0 out of 5 stars Getting to Know Anne Carson
Reviewed in the United States on January 11, 2013
Verified Purchase
Glass, Irony and God contains some of my favorite poems by this author, "The Glass Essay" in particular. I think it is essential reading for anyone who wants to understand the rest of her work. I first encountered Anne Carson in If Not, Winter, her starkly beautiful translation of and footnotes on the poetry of Sappho. Curiosity led me to "Father's Old Blue Cardigan," "The Glass Essay," and "The Book of Isaiah," all readily available at several online sites, including Poets.org and The Poetry Foundation. I was hooked. Recently, I presented some of her poems and essays at a poetry group. Members found her compelling, beautiful and harrowing; as one woman put it, "Her voice resounds with anger and light."
Read more
4 people found this helpful
Helpful
Comment Report abuse

Chila
3.0 out of 5 stars Okay Anne Carson reading
Reviewed in the United States on December 27, 2016
Verified Purchase
Good but not as good as her Plainwater essays.
Read more
One person found this helpful
Helpful
Comment Report abuse

justbecause
5.0 out of 5 stars Glass, Irony and God
Reviewed in the United States on October 25, 2011
Verified Purchase
I picked up this book after reading a Anne Carson poem in the New Yorker. She is smart and unapologetic about it, sometimes writing about things beyond my own knowledge. All done in a wonderfully poetic hand. I can see myself buying more of her work.
Read more
4 people found this helpful
Helpful
Comment Report abuse

Anna Leuchtenberger
5.0 out of 5 stars The very best
Reviewed in the United States on March 22, 2013
Verified Purchase
The epic-length "Glass Essay" is one of my favorite contemporary poems of all time. Read it if you're heartbroken or angry. You can find it online if you need a trial read.
Read more
One person found this helpful
Helpful
Comment Report abuse

Thorwald Hansen
4.0 out of 5 stars energetic
Reviewed in the United States on August 13, 2013
Verified Purchase
Interesting and emotional. Maybe too frantic is spots. Kind of like writing things down to work through therapy. Scholarly, though.
Read more
One person found this helpful
Helpful
Comment Report abuse
See all reviews from the United States

Lipo
5.0 out of 5 stars Genius
Reviewed in the United Kingdom on November 13, 2015
Verified Purchase
Tremendously excited by this poet, blown away in fact. The book makes a gripping if challenging read; I started reading it again as soon as finished, and shall do so several, perhaps many times. Here is a great poet and intellect, whose language, ideas, imagery, dazzle - thrilling, and how often do you laugh out loud as you read a book of poetry?
Read more
4 people found this helpful
Helpful
Sending feedback...
Thank you for your feedback.
Sorry, we failed to record your vote. Please try again
Report abuse

Page 1 of 1 Start overPage 1 of 1
This shopping feature will continue to load items when the Enter key is pressed. In order to navigate out of this carousel please use your heading shortcut key to navigate to the next or previous heading.
Back
Next
Pages with related products. See and discover other items: jeff carson books