Have one to sell?
Sell on Amazon
Flip to back Flip to front
Listen Playing... Paused   You're listening to a sample of the Audible audio edition.
Learn more
See all 2 images 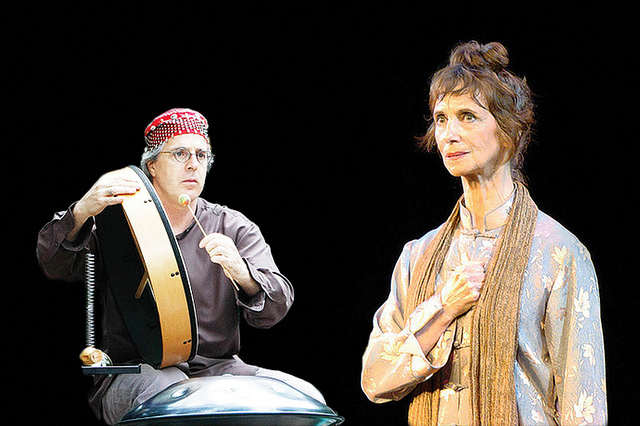 Wolkstein's (Little Mouse's Painting) imaginative, easy-to-follow adaptation of a Grimm tale delivers a spunky heroine while remaining true to traditional fairytale hallmarks. When his only daughter reaches marriageable age, a king constructs a glass mountain and announces that the first man to climb it will win Princess Raina's hand. Many fail, and when a pleasant fellow named Jared puts himself forth, Raina decides to accompany him and try to help him. Alas, Raina falls through a crack into the musty underground lair of the troll-like Rinkrank. Wolkstein is at her best as she embroiders the episode of Raina's servitude to Rinkrank; she turns otherwise odd bits of the Grimm original (like Rinkrank's dubbing the princess "Mother Mansrot") into pivotal story elements, and she magnifies Raina's ingenuity and determination in fashioning an escape plan. Debut artist Bauer echoes the work of classic, early-20th-century children's illustrators in her use of color and pattern for the scenes of palace life, then comically exaggerates Rinkrank and his realm. Moving skillfully between scenes of action, suspense and pastoral beauty, she enriches and extends Wolkstein's text. Ages 5-up. (June)
Copyright 1999 Reed Business Information, Inc.

Kindergarten-Grade 4-In this adaptation of a lesser-known Grimms' tale, a princess climbs a glass mountain with her true love to help him win her hand. When Raina and Jared are almost at the top, she falls through a crack and into an underground cave, where she becomes the prisoner of an unpleasant little man. Old Rinkrank leaves every day to gather more gold for his buried hoard while Raina cleans his house and cooks his dinner. Eventually, she forgets who she is, but her memory begins to return when Old Rinkrank calls her "Mother Houserot." She tricks and traps the old man, escapes, and is reunited with her father and Jared. Later, Raina and her fianc? return to the underground house and dig up Old Rinkrank's hoard. Instead of using the treasure for their own "luxury and joy" as in the original tale, they use it to build a beautiful public garden. Wolkstein makes the story her own in other ways, fleshing it out with details and gearing it for modern sensibilities without diminishing it. The narrative demonstrates a precise balance of economy and detail, painting vivid images without resorting to florid description. Bauer's exuberant watercolor-and-gouache paintings flow with color and movement, wonderfully enhancing the story. The illustrations are packed with detail yet convey spaciousness, except, appropriately, in the gloomy, claustrophobic underground scenes. A polished effort that brings an old gem to light.
Donna L. Scanlon, Lancaster County Library, PA
Copyright 1999 Reed Business Information, Inc.

PLB 0-688-14848-4 A lighthearted, superfluous version of the Grimms' tale of Old Rinkrank, in which a princess outsmarts an underground, troll-like character. The princess's suitors have to win her hand by scaling a glass mountain; when she helps a young man named Jared, the princess falls through a crack in the glass and is imprisoned in an underground cave. The demanding Old Rinkrank commands her to be his servant. After forgetting and then recalling her own identity, Raina plots her escape, returning home safely to the great joy of her father and her suitor. Missing is Jared and the king's lamentation over the princess's disappearance; added is a loaded subplot of capturing, then freeing, an aviary of birds, symbolizing the princess's freedom. Also added is an ending in which Rinkrank mysteriously disappears, as compared to the king's destruction of him in the original. Rinkrank's recovered treasure is here used to create a garden paradise for young and old. The innocuous heroine is depicted with rosy cheeks amid opulent scenery, waiting to awaken to her true self. (Picture book/folklore. 5-10) -- Copyright ©1999, Kirkus Associates, LP. All rights reserved.

I love stories. They give me strength, Inspiration, courage, and great delight. For thirty years I've told stories at the statue of Hans Christian Andersen in Central Park. I love watching the eyes of my audience light up as they enter stories. Stories let us explore the farthest places in the universe and the deepest recesses of the human heart. They present possibilities. They let us try out different emotions and characters. Stories are treasures which last forever.

I also enjoy gardening, dancing, swimming, painting, and creating stories with music. My daughter, Rachel Zucker, is a poet, photographer, and the mother of a little boy named Moses.

Diane Wolkstein has collected and told stories on five continents. Her lively presentations worldwide have become as legendary as the annual storytelling performances she gives in New York City's Central Park. Ms. Wolkstein is the author of over twenty books, including such award winners as Esther's Story and Little Mouse's Painting. From her repertory of over two thousand stories, The Glass Mountain is one of her favorites.
Read more
Tell the Publisher!
I'd like to read this book on Kindle

Cathy Y. McCue
5.0 out of 5 stars Not a Princess
Reviewed in the United States on July 9, 2014
Verified Purchase
I love that the "princess" is strong and take charge. She is a problem solver and rescues herself. The illustrations are colorful and not all about pink, lovely clothes and looking beautiful.
Read more
Helpful
Comment Report abuse

Aleta
5.0 out of 5 stars Five Stars
Reviewed in the United States on January 18, 2015
Verified Purchase
My daughter has always loved this book. It makes for the perfect gift!
Read more
Helpful
Comment Report abuse

M. Chiron
5.0 out of 5 stars Fairy Tale Lover
Reviewed in the United States on October 18, 2006
I checked out this book from our public library as it was on my daughter's summer reading list from school (for 1st grade). Well, let me tell you she LOVED this story! She wanted me to read it to her over and over and over again. It has lovely illustrations and of course a happily ever after ending. I was considering buying for my daughter, but the $30 price tag was a bit shocking. Maybe if I had more than one daughter it would be worth the investment.
Read more
One person found this helpful
Helpful
Comment Report abuse
See all reviews from the United States