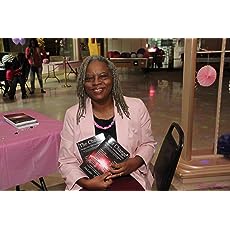 I have a SELF-Empowerment book that touches every aspect of your life.

I offer books on healthy recipes.

I have journals and even a journal for men.

Journaling is a great American past time. One special journal I offer is one with coloring pages for adults. The art is done by me. The art style is Zentangle (r) inspired.
Read more 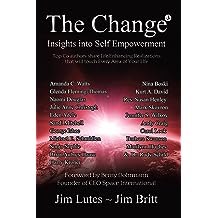 Welcome to The Change book series and global movement!

The Change explores powerful, thought-provoking insights from twenty inspiring co-authors. Prepare to be taken on a journey of self-discovery and personal change that will touch every area of your life!

Having a variety of perspectives is the key to understanding ourselves and the greatness that resides within. This book will reawaken you and inspire you toward personal transformation!

Learn to weather the changes in life and you will prosper! Chances are this book contains EXACTLY what you need to take your life to the next level. 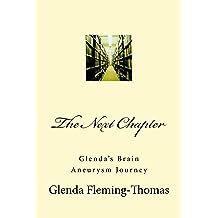 An estimated 6 million people in the United States have an unruptured brain aneurysm, or 1 in 50 people.
The annual rate of rupture is approximately 8 – 10 per 100,000 people or about 30,000 people in the United States suffer a brain aneurysm rupture. There is a brain aneurysm rupturing every 18 minutes. Ruptured brain aneurysms are fatal in about 40% of cases. Of those who survive, about 66% suffer some permanent neurological deficit.
Approximately 15% of patients with aneurysmal subarachnoid hemorrhage (SAH) die before reaching the hospital. Most of the deaths from subarachnoid hemorrhage are due to rapid and massive brain injury from the initial bleeding which is not correctable by medical and surgical interventions.
4 out of 7 people who recover from a ruptured brain aneurysm will have disabilities.
Brain aneurysms are most prevalent in people ages 35 - 60, but can occur in children as well. The median age when aneurysmal hemorrhagic stroke occurs is 50 years old and there are typically no warning signs. Most aneurysms develop after the age of 40.
Read more
Other Formats: Paperback