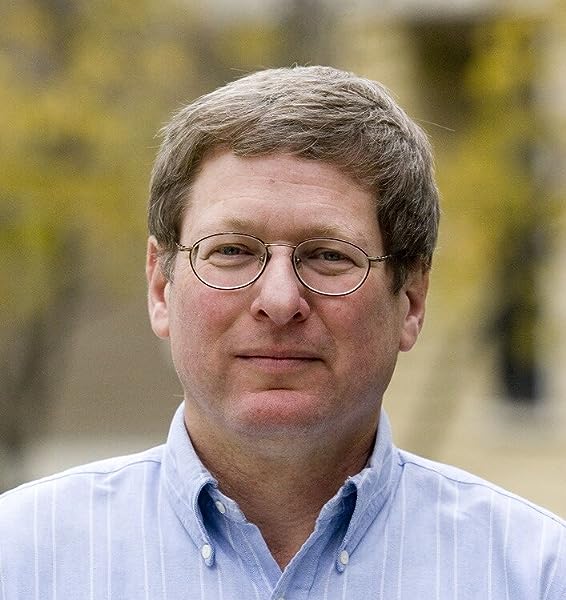 Global Capitalism: Its Fall and Rise in the Twentieth Century Paperback – April 17, 2007

“Frieden has a wonderful way of weaving together politics and economics, past and present in an accessible narrative that is...even-handed and objective.”
- Washington Post

“This is an excellent, readable history of globalization with important lessons for our society.”
- Booklist

“Broad and ambitious in its sweep.... One lesson with enormous contemporary resonance emerges: globalization is neither inevitable nor irreversible. Governments can choose to retreat into isolation and have often done so.”
- Alan Beattie, FTmagazine

“Essential reading for anyone who wants to understand the history of globalization from 1870 to the present.”
- John Bruton, Irish Independent

Jeffry A. Frieden is the Stanfield Professor of International Peace at Harvard University. A specialist on the politics of international financial relations, he is also coauthor, with Menzie Chinn, of Lost Decades, a history of the 2008 financial crisis.

Start reading Global Capitalism on your Kindle in under a minute.

4.5 out of 5 stars
4.5 out of 5
73 global ratings
How are ratings calculated?
To calculate the overall star rating and percentage breakdown by star, we don’t use a simple average. Instead, our system considers things like how recent a review is and if the reviewer bought the item on Amazon. It also analyzes reviews to verify trustworthiness.

Global Capitalism is a great comprehensive history of the capitalism system from its early foundations, before the 1900s, until the end of the twenty century. With its subtitle, “Its fall and rise in the twentieth century”, the author does not only attempt to describe the pattern followed by international markets, investments, and global trade during the last century, but also the changes on social movements, political ideologies, and economic power across the world. More specifically, Frieden describes the factors that determined the high level of globalization and integration in the capital markets during the late 19th century, how this economic framework evolved to an almost completed closeness of international trade after 1914, and finally how international markets embrace again the hymn of liberalization and free trade after 1945, following the Breton Woods agreement.

To accomplish his objective, the author basically divides the history into four major economic periods –each period subsequently divided into five chapters. The first period, denominated “Last Best Years of the Golden Age, 1896-1914”, describes how the pressures from British manufactures made the United Kingdom, and the rest of the world thereafter, to favor free trade and economic liberalization, against the mercantilist economic policies that ruled the world from the 1800s. The adoption of the gold standard as a worldwide monetary system and the economic stability of this regime resulted in a significant increase in the level of openness and trade around the world. The second period, as its name indicates “Things Fall Apart, 1914-1939”, describes the reconstruction process of European economies after World War I, and how the United States emerged as a new world economic power. During this period, new industries and corporations emerged giving rise to worker unions, which later evolved into powerful labor movements. The economic depression, after 1929, resulted in the quest of new alternatives to the current economic environment, which ends with fascisms, communisms and dictatorships as the predominant ideas and government systems around the world. And, as the author said, here is when “Things Fall Apart”.

During the third period –“Together Again, 1939-1973”, European countries are in the needs of reconstruct their economies from the disasters of World War II. The United States embraced the role of rebuilding the European economies, and for the first time in history, the US economy became a net international lender to the rest of the world. However, the aid arrived with the commitment to a new economic order with a more open trade, and the gold-dollar fixed exchange rate regime. The fighting for the establishment of a new economic order bi-polarized the world into two major blocs: eastern or socialized economies, and western or capitalized economies. The agreements reached at the Bretton Woods treaty set the pillars for the new global economy. In addition, new international organizations with very significant roles in market economies emerged, such as the International Monetary Fund, the World Bank, the Organization for Economic Cooperation and Development (OECD), the General Agreement on Tariffs and Trade (GATT), between others. In spite of all this effort from industrialized economies promoting international markets and trade, not all market economies pursued this path. For instance, Latin American countries decided to stay isolated from the world economy adopting import-substituting industrialization (ISI) policies. This section finalized with “The End of Bretton Woods” –Chapter 155, basically due to the incapability of the US economy to defend the dollar against international speculators. The last section of the book describes the final three decades of the 20th century.

One of the main strengths of this book is the Frieden’s ability to incorporate international economic theory (for example, the Heckscher-Ohlin’s trade model) into a very simple and clear language for non-specialist in the economic science. In addition, the author carefully included the biography of the most influential individuals in the economic history of the 20th century, such as N. M Rothschild, John Maynard Keynes, Hjalmar Schacht, between others. The book is full of details, which could be attractive for those interested in history or political economy, but maybe not so for those in the economic field who are looking to understand the reality from the construction and application of analytical models.

Global Capitalism is an attempt to understand, from an economic and political perspective, how the world has evolved during the 20th century and how the capitalism has prevailed as the main economic framework in developed and non-developed economies, promoting economic stability and growth. The triumph of global capitalism with respect to other economic system does not imply that the system is perfect. As the author argued, the rise and fall of any economic system is strongly related with the discontents of the population, and any change in the political economy generates winners and losers. The recent political changes around the world of conservative parties to more social-democratic parties, especially in Latin American countries, might suggest further changes in the international economy during the 21st century.

zACH ELKIN
5.0 out of 5 stars Well written and easy to read.
Reviewed in the United States on June 14, 2015
Verified Purchase
This is an outstanding read for people not very knowledgeable with Political economy, or for those that would like to read a compelling case of how capitalism has affected the world.

Monica Solis
1.0 out of 5 stars Poor Binding. Loose pages.
Reviewed in the United States on January 30, 2020
Verified Purchase
Every time I turn the page the falls out. Cheap and poor binding. Horrible. I have to use this book for this semester.
Read more

Richard R. Palmer
3.0 out of 5 stars Three Stars
Reviewed in the United States on November 28, 2017
Verified Purchase
very helpful though I may have expected too much and sorta dissappointed
Read more
Helpful
Comment Report abuse

Nightshade800
4.0 out of 5 stars Great book
Reviewed in the United States on April 14, 2014
Verified Purchase
Global capitalism was a fascinating book with a lot of information, but being an academic book, it was a little hard to get through. It can be a little slow at times but the information is unbeatable.
Read more
One person found this helpful
Helpful
Comment Report abuse

David A. Shirk
5.0 out of 5 stars Useful prequel on the current economic crisis
Reviewed in the United States on October 23, 2012
Verified Purchase
I used this book for my Fall 2012 undergraduate course on International Political Economy (IPE), and found it to be both informative and enjoyable for my students. The author narrates the history of the global economic system from the early 19th century rise of free market capitalism to neo-liberal era of the 1990s and early 2000s. The book is highly readable, with an excellent balance of depth and breadth. Frieden provides clear, accessible discussion of many key concepts in IPE: specialization, gains from trade, Heckscher-Ohlin theory, the Stopler-Samuelson theorem, communism, social democracy, import substitution industrialization, export-oriented industrialization, etc. While the book focuses centrally on the two hegemonic powers of the last two centuries, the United Kingdom and the United States, the author also explores in detail the experiences of other countries at key points in time: Russia under the Bolsheviks, Germany from Weimar to the Third Reich, post-war Swedish social democracy, Mexico during the peso crisis, Thailand during the baht crisis, etc. In some cases, Frieden does a great job of bringing to life key characters in the narrative (e.g., the Rothschilds, Keynes, Soros). What is especially useful about the book is they way that it illustrates the economic theories and political coalitions that have arisen to support or oppose such policies as free trade and the gold standard, as well as its detailed analysis of the anatomy of financial bubbles and crises over the last two centuries. The author keenly observes that global integration is prone to crisis, has not been universally positive, and may be difficult to sustain without addressing its excesses and contradictions. In this sense, the book is an excellent prequel to any discussion of the current global economic crisis. For the most part, my undergraduate students seemed to enjoy the book, though it is important to note that the material can be dense and requires ample discussion in class to make sure that they get the concepts.
Read more
3 people found this helpful
Helpful
Comment Report abuse
See all reviews

Page 1 of 1 Start overPage 1 of 1
This shopping feature will continue to load items when the Enter key is pressed. In order to navigate out of this carousel please use your heading shortcut key to navigate to the next or previous heading.
Back
Next
Pages with related products. See and discover other items: international economics, international trade, global history, urban history