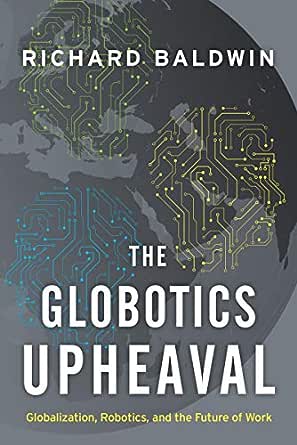 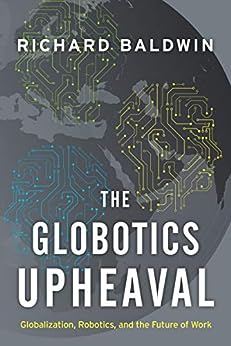 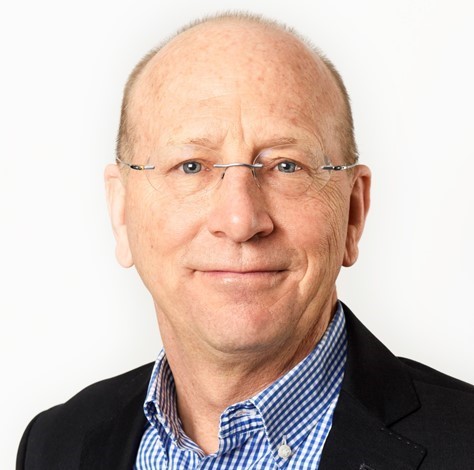 The Globotics Upheaval: Globalization, Robotics, and the Future of Work Kindle Edition


"This speculative book attempts to describe the future of work and explain how to prepare for it. Baldwin lays out various different attributes of working life, according to the different talents and industries involved." -- Richard N. Cooper, Foreign Affairs
"Richard Baldwin has written the best book yet on the new economic era we are entering. Any worker, company or government who doesn't want to be left behind should read and consider his arguments." -- Lawrence H. Summers
"With its focus on the scale, speed and scope of technological transformation, and its impact on employment, this book breaks new ground." -- Gordon Brown, UK Prime Minister, 2007-2010
"Baldwin presents a compelling view of the future of work and the serious challenges ahead while there is still time to prepare. He wisely argues that we must protect workers, without necessarily protecting specific jobs as they become outdated, and that we must do more to help those who've been displaced by technology reenter the workforce and offer such individuals a strong safety net along the way."--Science magazine


"An important new book that delivers a timely warning to the world's business elite . . . confirms his place as one of the most important thinkers in this era of global disruption."
--James Crabtree, Financial Times
"'It might just save your life -- and your children's lives.The Globotics Upheaval is a manifesto for future-proofing our jobs and prosperity . . . His prose is snappy . . . as good a summary as you'll read of the techno-revolution that is about to hit us."
-- Sunday Times (U.K.)
"Baldwin has written an engaging and informative book that guides the reader through this disruptive technological change. The Globotics Upheaval distils complex ideas into measured and understandable language that readers with no prior understanding of artificial intelligence and economics will be able to digest."--The Times (U.K.)


"The first book I've come across that ties together the two main forces shaping our world--globalisation and technological change--in an accessible way."--Business Post


"Provocative."--Reuters/Breakingviews
"This is a thought-provoking book by a leading expert on world trade."
--Martin Wolf, Financial Times
--This text refers to the paperback edition.


Richard Baldwin is Professor of International Economics at the Graduate Institute (Geneva), and Founder of VoxEU.org. He advises governments and international organizations around the world on globalization and trade policy issues, having served as a Senior Staff Economist for President George Bush's Council of Economic Advisors. His last book was The Great Convergence: Information Technology and the New Globalization.
--This text refers to the paperback edition.

4.3 out of 5 stars
4.3 out of 5
42 global ratings
How are ratings calculated?
To calculate the overall star rating and percentage breakdown by star, we don’t use a simple average. Instead, our system considers things like how recent a review is and if the reviewer bought the item on Amazon. It also analyzes reviews to verify trustworthiness.
Top reviews

Michael J. Cushman
5.0 out of 5 stars Articulates the past and future impacts of technology on jobs and society that is compelling.
Reviewed in the United States on July 30, 2020
Verified Purchase
I am a professional futurist with degrees in economics and business. I've also designed R&D and commercial software products and worked as a business strategist for startups and global consulting firms. IMO, this is not only an entertaining read, but it's tightly aligned with my experiences and research. Seldom do I agree so strongly with an author's views about where technology is taking us, and what it means. I recommend this book for anyone interested in the future of work.
Read more
Helpful
Comment Report abuse

Blessing
5.0 out of 5 stars The evolution from great, service to globotics transformation
Reviewed in the United States on January 21, 2019
Verified Purchase
Great book, very insightful and inspiring. We can all benefit from digital technologies if we understand latest trends and skills needed for us to thrive in the digital economy.
Read more
3 people found this helpful
Helpful
Comment Report abuse

Robert Tracy
5.0 out of 5 stars Global knowledge is a must. This book does it!
Reviewed in the United States on March 21, 2019
Verified Purchase
Excellent book. Our society and the global society are rapidly changing the way we work and the needs to live above the poverty line.
Read more
One person found this helpful
Helpful
Comment Report abuse

Azriella
5.0 out of 5 stars The tech revolution revealed masterfully
Reviewed in the United States on December 31, 2019
Verified Purchase
The road we are taking has not been explained so clearly in its historical context. Great read. Highly recommend.
Read more
Helpful
Comment Report abuse

Jay
4.0 out of 5 stars Good Overview but gets repetitive as chapters progress
Reviewed in the United States on September 3, 2019
Verified Purchase
Nice insight and description of the various technology disruptions and subsequent industrial revolutions.
AI is still in an embryonic stage with noticeable developments as from 2016; yet a highlighted table still shows that it will take 50 more years till robots replce humans; I would be 100 by then !

andrei chtchemelinine
2.0 out of 5 stars Not that good
Reviewed in the United States on March 1, 2019
Verified Purchase
Didn't really like it. It seemed very repetitive. Also there are a bunch of grammar mistakes through out the book.
Read more
One person found this helpful
Helpful
Comment Report abuse

Vn Radebe
4.0 out of 5 stars Great book
Reviewed in the United States on October 28, 2019
Verified Purchase
This book made me think hard about how we embrace change, especially that which will decimate the jobs that we hold dear.
Read more
Helpful
Comment Report abuse

sac
2.0 out of 5 stars Lazy fallacious arguments, and sloppy writing
Reviewed in the United Kingdom on July 7, 2019
Verified Purchase
This books was so unbelievably frustrating to read for two reasons:
Firstly the quality of Baldwin’s English is so bad, it made me question his credentials. Points are made inarticulately (e.g. “Since the “head workers” were already better off than the “hand workers,”[sic] a technology which favored brains over brawn favored the few were already favored, while disfavoring the many who weren’t”. (WHAT!?)
He also tries to sound profound with statements like “...or was 2016 another turning point in history that failed to turn”.
Secondly his arguments are oversimplified, careless, and just lazy, bordering on being non-sequiturs. His analysis of the the Trump and Brexit votes are hugely over-simplified, in a nutshell saying that it was down to uneducated people disaffected by technological changes and inadequate government policy in smoothing out disruption to labour markets; totally ignoring structural issues with the EU (e.g. single currency issues and the lack of monetary policy sovereignty of member states), and its anti competitive policies.
He then jumps from this poorly worded spiel to the conclusion: ‘Technology did it!’ WTF? You wouldn’t get away with this at degree level!

The one useful thing this book does is present cases of technological disruption in the workplace.

nicholas
5.0 out of 5 stars Do you care about your future?
Reviewed in the United Kingdom on January 6, 2020
Verified Purchase
Mind boggling and 21 century life changing book. As well as learning some history this 15 hour experience has opened my eyes to what's next and how one should prepare.
Read more
2 people found this helpful
Report abuse