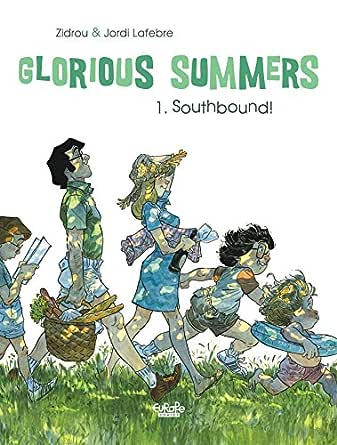 You've subscribed to Glorious Summers! We will preorder your items within 24 hours of when they become available. When new books are released, we'll charge your default payment method for the lowest price available during the pre-order period.
Update your device or payment method, cancel individual pre-orders or your subscription at
Your Memberships & Subscriptions
There was an error. We were unable to process your subscription due to an error. Please refresh and try again. 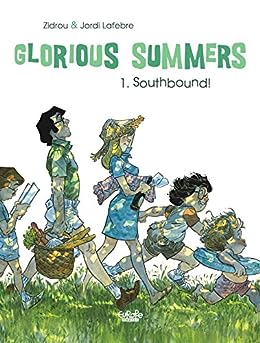 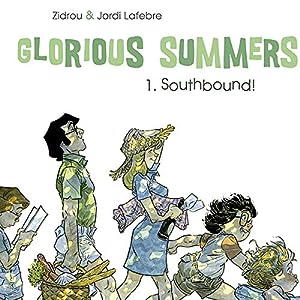 David E. Pierce
5.0 out of 5 stars Awestruck
Reviewed in the United States on November 19, 2020
Verified Purchase
I was thrilled to find this in English, even as a digital copy. Now my hunt begins to get it in print, even if it's French. This book is a masterpiece of the comic medium.
Read more
Helpful
Comment Report abuse

Pop Bop
TOP 100 REVIEWER
3.0 out of 5 stars An Amiable Shaggy Dog Story
Reviewed in the United States on June 19, 2018
Just a family. Mom and Dad have some tension in their marriage, mostly arising from mid-life questions about where they are and where they're going. Sibling rivalry amongst four children. The whole gang packed into the Renault and headed south for an extended summer vacation.

This is a mild, mildly amusing tale of small family jokes, conflicts, insights, affection, teasing, bonding, and so on. Some parts work better than others, and some insights are deeper than others, but all of the characters run true to life, and the overall story is old-fashioned and ultimately upbeat. The expressive and cheerfully energetic and lively drawings add a great deal to the tale.

Every now and then a quiet little vacation read walkabout is welcome, and this fit the bill nicely.

Story: Pierre is a frustrated comic artist with more ideas than successes in his career. His long suffering wife is at the end of her rope trying to justify the lost years hoping her husband will have a series that makes it big. They have three kids and are ready to do their yearly Summer drive South to their favorite camping areas. But this year is different - unbeknownst to the kids, Pierre's wife is considering divorce and the vacation has become a bittersweet event for the parents.

Zidrou adeptly captures the feel of 1970s France/Belgium through his everyday family. Precocious toddler, fighting middle kids, and a quiet boy who has an imaginary friend: a giant squirrel. The love there is obvious, even if strained at this point in time. The book covers their Grimwold's family trek, though without Chevy Chase emoting. From passing the french fries stand to convincing a Dutch family to leave 'their' camping spot.

The lighthearted adventures are offset by the growing realization that the parents' relationship is failing. And that the father, despite spending all day and night at the drawing board, is about to have another failed comic series. But of course, the kids are oblivious and to them, this is the grandest Summer just being with the parents and away from school.

The illustration work is superb and easy to follow. Each of the characters definitely looks 1970s European in wonderful ways - from the mutton chops to the wide legged pants and old Renault. I really liked that it was set in that era - it was a different time before cell phones and computer games.

Southbound! is the type of story you didn't want to end. Even experiencing the pathos and sadness leading up to the third part of the story, it is an engaging and wonderful read. As well, it didn't end the way I thought it would - a surprise and perhaps the most European aspect of the entire story. In all, very recommended, especially for those who grew up in the 1970s and remember those halcyon days before technology stole away kids' energies. Reviewed from an advance reader copy provided by the publisher.
Read more
Helpful
Comment Report abuse

Wayne A McCoy
4.0 out of 5 stars A nostalgic look at family vacations with all the kids crammed in the car
Reviewed in the United States on June 25, 2018
'Glorious Summers' by Zidrou with art by Jordi Lafebre is a graphic novel about nostalgic family vacations.

The Faldérault family needs a vacation. Father is working too hard at trying to have a hit graphic novel series, and mother is th‌inking about leaving father altogether. The trip is delayed due to one of father's work deadlines, but it's finally time to hit the road. The seven family members (and one large imaginary friend), pile in the family car and head for the sun. With a compass that lies, and a group of Dutch tourists that steal the best picnic spot, there is lots of fun to be had. Mother and father may even remember each other along the way.

I really liked this slice of life graphic novel. The plot has some heavy elements, but they are handled really well. I cared about the things these characters were going through. The art was nice too.

Emily
4.0 out of 5 stars A surprisingly attaching story
Reviewed in the United States on June 14, 2018
Glorious Summers was a surprisingly attaching story. It showed the intimate ups and downs of the relationship between a mother and father – at a time when life just wears them thin and they question what it is they'd like to get out of life, and how they can achieve that. They take a hard look at their marriage, their family, and how some quality time on a family road trip could reconnect them all. I would love to read more character stories just like this one.
Read more
Helpful
Comment Report abuse
See all reviews