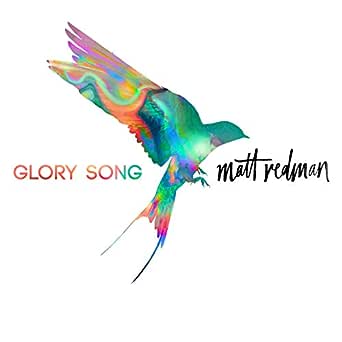 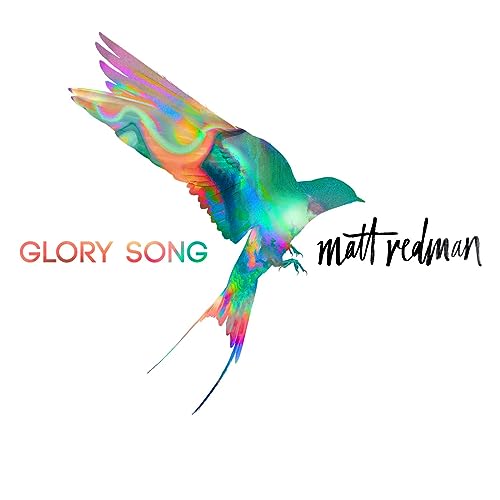 4.6 out of 5 stars
4.6 out of 5
98 global ratings
How are ratings calculated?
To calculate the overall star rating and percentage breakdown by star, we don’t use a simple average. Instead, our system considers things like how recent a review is and if the reviewer bought the item on Amazon. It also analyzes reviews to verify trustworthiness.
Top reviews

Chris c
4.0 out of 5 stars Great but didn't like the rapping on the song
Reviewed in the United States on January 22, 2018
Verified Purchase
This is a very nice album. I feel the Holy Spirit when I play it and it is very anointed. I love Matt Redman's music as he is very anointed worship leader and musician. There is one worship/gospel song on the CD that has a rap on it which is kind of annoying and disappointing. I am not a big fan of Christian rap, and it's hard to worship the Lord when some one is rapping in the background. But that's only on one song so I can handle it - I will just skip that song. Other than that it is pretty good!
Read more
3 people found this helpful
Helpful
Comment Report abuse

DrFager
5.0 out of 5 stars What a great worhipful album!
Reviewed in the United States on February 13, 2018
Verified Purchase
PHENOM worshipful...... I am loving it. One of the wonderful things Matt does is live recordings where its not about the microphone set up, or the production both of which are good, its reaching out to the secret place and meeting God there. He does that on this album.... Simple Pursuit and Your Ways are simply profoundly lovely worship of of our God and Lord.
Read more
One person found this helpful
Helpful
Comment Report abuse

Jeannie Gremmell
5.0 out of 5 stars Worship at its best!
Reviewed in the United States on March 11, 2018
Verified Purchase
Wonderful! This to me is Matt Redman at his best. The songs are real from his walk with God. You can really feel the spirit of worship on this cd.Love it!
Read more
One person found this helpful
Helpful
Comment Report abuse

Dorothy Pouliot
5.0 out of 5 stars great company
Reviewed in the United States on June 12, 2019
Verified Purchase
Album is great. When they found out that someone had stolen it off my front door step before I got to listen to it, the company sent me another one for free. I was surprised and Blessed. Would definitely recommend them for all album purchases. Great company to deal with.
Read more
Helpful
Comment Report abuse

Wejoly
5.0 out of 5 stars Five Stars
Reviewed in the United States on January 9, 2018
Verified Purchase
can't get enough of this album. Listen to it almost daily - uplifting - and lovely.
Read more
One person found this helpful
Helpful
Comment Report abuse

Alison I Paterson
1.0 out of 5 stars Not Matt Redman at his best
Reviewed in the United Kingdom on November 22, 2018
Verified Purchase
Major disappointment. I was so looking forward to more songs to be inspired and uplifted whilst driving to work. The album 10 000 reasons really hits the mark so, I was looking for more songs with meaning and praise. Glory song is not an album for singing along with. I cannot see it being useful for corporate worship songs. In fact I can't really see where this belongs! The 'screeching' (which I understand is supposed to be harmonies with an afro/american overtone) and un-moving repetition almost makes it dangerous for listening to whilst driving - either shocked or lulled! Matt should stick to more biblical based songs and not venture into some very suspect theology which could be dangerous for young Christians, for the sake of trying something different.
Read more
One person found this helpful
Report abuse

Alan
5.0 out of 5 stars Different but just as brilliant!
Reviewed in the United Kingdom on November 14, 2018
Verified Purchase
This album takes a few listens to appreciate how good it is, as the production is different to Matt's last few albums. However the songwriting is still excellent, and it's great that he's not just churning out the same sounds album after album. One thing to note, if you've heard the radio edit of some of these songs, then you've probably not heard it at its fullest and best. For example "Gracefully Broken" is a duet with Tasha Cobbs Leonard, but her solo part is cut on the radio version. A minor thing maybe, but something that may tip your decision as to whether to buy this album or not.
Read more
Report abuse

Law1
5.0 out of 5 stars Couldn't be any better...
Reviewed in the United Kingdom on January 9, 2019
Verified Purchase
Bought this on the strength of hearing 'one day' and don't regret it. A awesome album. Probably one of the most significant releases of 2018. I dare anyone not to be inspired or encouraged by a depth and range of songs touching many bases, but returning to the same point - the glorification of God. Praise and worship, melodious harmony at its best. 10/10
Read more
Report abuse

Mrs V
5.0 out of 5 stars Long live the CD!
Reviewed in the United Kingdom on January 21, 2018
Verified Purchase
Bought as a Christmas gift for a friend who spends a lot of time driving. He is enjoying it.
Read more
Report abuse