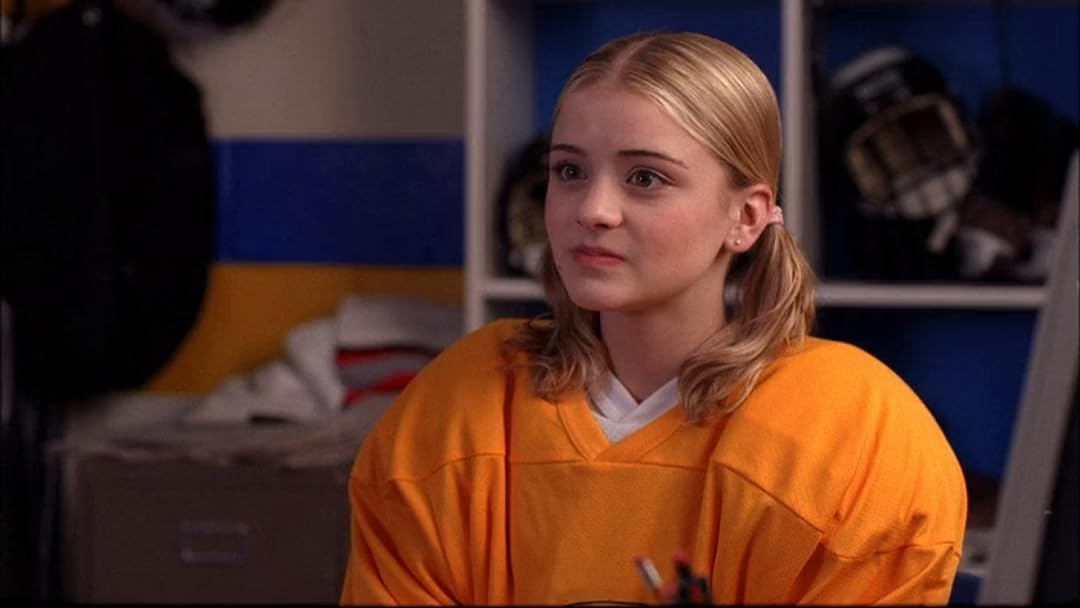 Rentals include 30 days to start watching this video and 7 days to finish once started.
Add to
Watchlist
By ordering or viewing, you agree to our Terms. Sold by Amazon.com Services LLC.
Write review

H. BalaReviewed in the United States on March 21, 2017
4.0 out of 5 stars
"They're never gonna get my picture on the cover of a cereal box. For that, you need a Russian."
Verified purchase
Ambitious teen Katelin Kingsford leads a double life. In the prestigious Buckston Academy, she's snagged a full ride scholarship on the girl's hapless hockey team, never mind that she's never played hockey ever. Obviously, it's a front. The hockey scholarship is the only way Katelin (Jordan Hinson) could afford to attend this expensive boarding school where she's desperate to train for the Olympic figure skating team under the tutelage of renowned Russian coach Natasha Goberman (Cristine Rose). It's a bit farfetched, I know, except the Russian coach sees the potential in Katelin. After all, Katelin is the only girl under 16 who has ever executed a triple axel in competition. Not that coach is that free with her praises. Her face-to-face critique of Katelin: "Your artistry is twitchy, your technique needs tuning, and a little less with the jazz hands."

GO FIGURE is a frothy Disney Channel Original Movie. It first aired in 2005 in the era of the flip phone. And Katelin is your typical Disney teen girl, glib and snarky and spouting breezy one-liners as if she were Cher from CLUELESS or Elle Woods from LEGALLY BLONDE. Katelin is a girly girl. She delights in sparkly outfits and sequins and such. When she first eyeballs her hockey teammates, she's aghast at how burly and tough-looking they are. Intimidated, she strives for a positive outlook: "They are girls. Just like me, except bigger, meaner, with unconditioned hair."

See, the under-the-table deal hammered out between the Russian coach and the hockey coach was that Katelin would never actually get on the ice during game time, that for the entire season she'd be relegated to the bench. Because why take a chance on getting injured?

Katelin Kingsford is in for a crap adjustment period. No one on the hockey team likes her, she's so bumbling and delicate. She's even less liked by her fellow figure skaters, most of whom view her as a threat. Doesn't help that she has to change on the sly in the janitor's closet. The hockey team detests figure skaters, calls them "twirl girls." There's no one in school to confide in. Maybe the janitor.

There's a sub-plot involving Katelin's geeky little brother who's envious of all the attention their parents lavish on her. He roots against her every time. Maybe the siblings could come to a detente?

The hockey team's teen assistant coach (Jake Abel) is all the time on Katelin's case. He smells a skunk. But he's dreamy, so you can see where that's going.

3.5 out of 5 stars for GO FIGURE. Jordan Hinson is a likable lead with an expressive face. But she cannot cry worth a lick, and this submarines her in that scene in which she's supposed to be in mad tears, except I guess she can't cry on cue. So, lotsa sobbing and wailing and a scrunched-up little face. Just no tears, which defeats the purpose of the scene. It didn't ruin the movie for me, but it did take me out of it for a minute.

Others have mentioned the movie's other shortcomings, so I'll mostly lay off. Yes, a big gaffe is that it treats the national skating competition as a one day event when, actually, the skaters must perform a short and a long program but on different days. At least, the movie shows what happens when a figure skater tries to perform on hockey skates. Ouch. To quote a haughty Moria Kelly in my favorite skating movie: "Toe pick!!"

Halfway thru the movie, there's a Kristi Yamaguchi sighting.

I feel I should extol Whitney Sloan's performance. She's a standout as Katelin's cool roommate and hockey teammate Amy a.k.a. Hollywood (except Amy's really from Topanga). I love how she's so supportive of Katelin.

Katelin's shift in priorities happens gradually as she comes to learn the value of teamwork and friendship and self-sacrifice and even how geometry applies to hockey. The movie's hugest dramatic conflict revolves around whether Katelin will show up at the East Coast Hockey Championship or the Senior National Figure Skating Championship, both of which take place on the same day, at the same time. It all comes down to a gripping third act that isn't nearly as predictable as you may think. So, yeah, overall, a flawed, fun family movie.

Gah-GahReviewed in the United States on March 26, 2019
2.0 out of 5 stars
It was just okay.
Verified purchase
I was surprised at the rudeness of some of the characters in a Disney movie. Also, it cast figure skaters in a negative light, which was disappointing and unrealistic. Also unrealistic was that the main character, a figure skater who was pressured to play hockey, couldn't skate as well as the hockey players. In real life, the opposite is true. Their puck handling skills aren't so great, but a figure skater's skating is often superior, by a long shot. They've spent hours on end honing just that skill.
I guess if you aren't around ice skating much, it wouldn't bother you.
One person found this helpful

Amazon CustomerReviewed in the United States on June 9, 2018
5.0 out of 5 stars
fun
Verified purchase
Cute, fun movie
One person found this helpful

Mark K.Reviewed in the United States on September 11, 2019
3.0 out of 5 stars
Cute Disney movie.
Verified purchase
Nice and fun to watch. Kids and younger viewers will enjoy it.

ACReviewed in the United States on February 24, 2019
4.0 out of 5 stars
Cute story
Verified purchase
Cute storyline

Vaughn SkowReviewed in the United States on May 18, 2020
5.0 out of 5 stars
WE LOVE THIS MOVIE
Verified purchase
Watched this with our 9-year old on family movie night ... PERFECT!
See all reviews
Back to top
Get to Know Us
Make Money with Us
Amazon Payment Products
Let Us Help You
EnglishChoose a language for shopping. United StatesChoose a country/region for shopping.
© 1996-2021, Amazon.com, Inc. or its affiliates