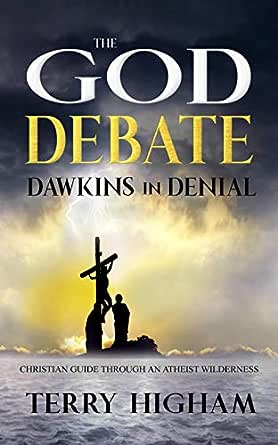 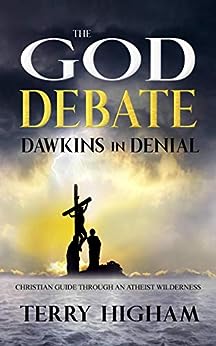 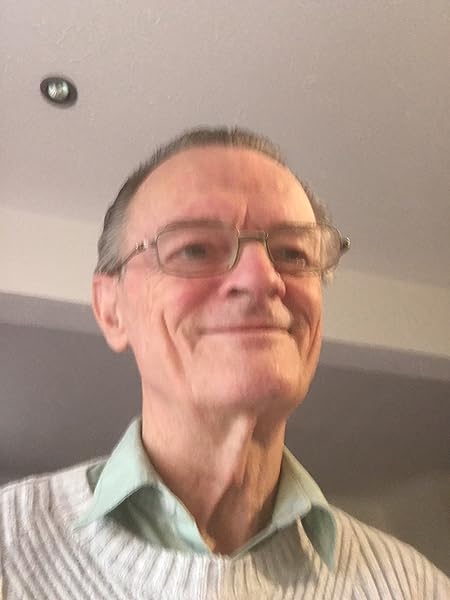 "Overall, I find that the book is well researched, well referenced, and well written. It convincingly uses logic, reason and science to show that many New Atheist theories are founded on a fervent lack of belief which hinders critical analysis or verification of facts and the acceptance of theist evidence both proven and unproven. The citation and editing are also excellently carried out. Thus, I give this book a rating of 4 out of 4 stars."
Online Book Club Official Review, 18 Apr. 2018.

Five years ago, a young relation told me he was an atheist and had purchased but not yet read Richard Dawkins' best seller, 'The God Delusion'. As a lifelong Catholic (I am now 80) who had studied such issues when young, I sent him a 20-page paper on some of the reasons for belief in God, including miracles, which led to a brief correspondence. I emailed the paper to an Oxford Professor of Philosophy, Keith Ward, who had written a rebuttal of Dawkins' thesis entitled 'Why There Is Almost Certainly A God', his title a copy of Dawkins' Chapter 4 heading with the word 'A' replacing 'No'. He very kindly replied the next day saying he found my treatment of the topics interesting and suggested the option of self-publishing if I wanted to take matters further.
Having purchased Dawkins' lengthy book, I was astonished by its mocking tone and intellectual superficiality. I decided that, rather in the style of an investigative journalist, I had the ability to overcome my lack of formal scientific or philosophical qualifications and mount a powerful rebuttal of the New Atheist case for which Dawkins was the leading evangelist. This would prove that it was so weak that even an unknown layman could research the issues raised and refute the Godless conclusions.
Overlapping my writing of what turned out to be an 87k word book, and inspired by my daughter's authorship of sci-fi thrillers, I undertook to write a sci-fi romance which I self-published on Kindle last year entitled 'The Finistu Connection'. In a crucial way, this book fed off my research into paranormal phenomena for my God Debate book.
Writing a non-fiction book is of course very different from writing a novel, and one crucial difference is the need to seek rights permissions from a wide variety of sources. Whilst this can prove a very arduous and time-consuming process at times, I have nevertheless often been struck by the helpfulness of those I've approached and encouraged by their good wishes for the success of my venture. My daughter's expertise as writer and beta-reader and self-publisher was also a great support, as of course was my wife's patience with my many periods of overwork and nail-biting frustration with the quirks of computers, both offline and online.
My hope now is that my efforts over the past few years bear fruit in the appreciation of readers for what I have written.

I was born into a loving Catholic family in Surrey in January 1938 and went to Catholic schools. On leaving school in 1956, I took articles with a small firm of chartered accountants in the City of London, starting on a princely salary of £4.25 a week, and qualified in 1962. I spent a couple of years with a large London firm of chartered accountants before moving into the book publishing industry for much of my career, for several years as Finance Director of a book publishing company. I spent the last 15 years of my career with the Charities Aid Foundation, mostly as Finance Director, and this included membership of the board of directors of a niche bank for charities. I retired in January 2001.
I married in 1963 and remain happily married today with a daughter and four sons, six grandchildren and two step-grandchildren, with all of whom we have regular contact. Our homes have mainly been in Surrey with a seven-year interlude living in Hampshire. In 2010, we moved to a village in mid-Sussex where we have enjoyed fitting into life in a rural community. Apart from many activities with family and friends, I enjoy a weekly game of snooker, doing daily puzzles, watching TV dramas and sport, and occasional country walks. And of course, I have spent some of my time since moving to Sussex in writing, with all the extra work that entails. My two titles published on Kindle are 'The Finistu Connection', a 97k word sci-fi novel published in 2017, and 'The God Debate - Dawkins in Denial', an 87k word work of Christian apologetics published in April 2018.
I have always been an active Catholic in adult life and, with my wife, made pilgrimages to Marian shrines such as Walsingham, Medjugorje and Lourdes as well as to Rome, Assisi and the Holy Land. In the case of Medjugorje, our friendship with a couple who were strong supporters of the shrine enabled us to meet several of the well-known Franciscans associated with it as well as the visionary Marija.
Read more

Louis Abrams
5.0 out of 5 stars Great read!!!
Reviewed in the United States on March 1, 2019
Verified Purchase
I'm enjoying this book. It's a great resource for my personal Bible study!!
Read more
One person found this helpful
Helpful
Comment Report abuse

itakeoffthemaskDOTcom
5.0 out of 5 stars Well Researched and Logical
Reviewed in the United States on May 13, 2019
Verified Purchase
Catholics and Christians having doubts should rrad this book and see how faith and logic should not be in contradiction. Believers are also people who do their research in seeking the truth.
Read more
Helpful
Comment Report abuse

Gordon
5.0 out of 5 stars Thank you Terry Higham!
Reviewed in the United States on May 6, 2018
Verified Purchase
I note this book has only recently been published and I have only read part of it so far and so my five stars may appear to be a bit preemptive. However, I am very impressed for a number of reasons. The author (he is clearly not a pompous man, so I shall call him Terry) is an octogenarian lay Catholic, doing exactly what the laity are supposed to be doing, being the leaven in the world. It matters not that, as he humbly acknowledges, he is not well known. Indeed we have known more renowned Catholic lay octogenarian Catholic writers like Jacques Maritain and Frank Sheed, but as the Imitation reminds us, we are to consider more what is written than by whom it is written (paraphrase).

The very fact that he is a layman and not a professional theologian or philosopher adds, in its own way, to his credibility. After all, the apostles were neither theologians or philosophers (though we thank God for holy philosophers and theologians like St John Paul II and Pope Emeritus Benedict XVI). He has evidently, from his own testimony, led a life as a sincere Catholic who has taken the "trouble" to engage his faith practically, spiritually and intellectually. As such he is a very credible and fine model to us lay Catholics.

Although many good books have been written debunking the silly, and often nasty, rantings of the New Atheists (there have been intelligent atheists in the past and no doubt are today, so the New Atheists do us a favour by readily identifying themselves for what they are), although thoroughly researched and intelligently compiled, this comprehensive work is particularly accessible to the ordinary intelligent lay Christian, agnostic or objective atheist.

It is good that it embraces and reminds us of the classic arguments in apologetics but also addresses many contemporary hot issues. In a world hungry for "relevance" (as if the question of the existence of God were not "relevant") such contemporary issues will surely appeal to young and old alike.

I rarely write reviews, but feel privileged to kick this one off. I may write a fuller one when I have read the entire book.

Thank you Terry, for your literary apostolate, your witness and example, not to mention contributing to a better informed public, Christian or otherwise.
Read more
8 people found this helpful
Helpful
Comment Report abuse

Secularist Hindu
1.0 out of 5 stars Absolute nonsense
Reviewed in the United States on May 3, 2020
I was born in Bombay in a highly educated agnostic Hindu family. My uncles, cousins and others were captains of industry and one uncle a theoretical astrophysicist that studied with the great Stephen Hawking. I will merely ask the question to all you Christian fundamentalists: Had you been born in India, chances are 83% you would be a Hindu and 15% a Muslim and less than 2% a Christian. In the Middle East, you would have been 99.99% a Muslim and similarly in other Muslim countries. In China, you would have been a Buddhist agnostic. In Russia, you would have considered Putin your ‘god’!

Do you really in your arrogance think that you are going to ‘Heaven’, and all the non Christians to hell???? Do you???The Hindu religion is vastly older than Christianity and so is Buddhism.

The bitter truth is, there is no heaven or hell. We are highly intelligent animals and not lesser gods as the Bible would have us believe.

DEATH IS THE END POINT OF ALL BIOLOGICAL ANIMALS And WE HUMANS ARE LIKE ALL OTHER ANIMALS. THERE IS NO GOD, JESUS, ZEUS, ALLAH, Baal, KRISHNA, YAHWEH, Buddha, etc, etc. Grow up and enjoy your brief life on this tiny blue dot in this vast Universe. Try to appreciate other religions and cultures. Just think the Covid 19 virus has made no distinction between Christian and other countries. Matter of fact more Christians have died..... But, I guess, Jesus was too impatient to have them by his side???????
Read more
2 people found this helpful
Helpful
Comment Report abuse
See all reviews from the United States