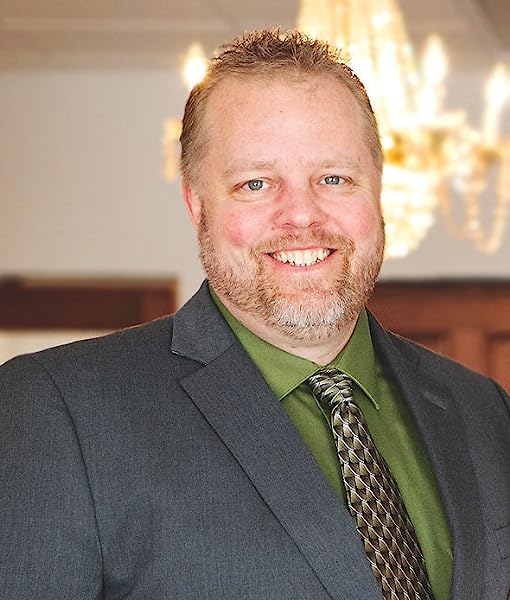 Start reading God Doesn't Whisper on your Kindle in under a minute.

4.8 out of 5 stars
4.8 out of 5
46 global ratings
How are ratings calculated?
To calculate the overall star rating and percentage breakdown by star, we don’t use a simple average. Instead, our system considers things like how recent a review is and if the reviewer bought the item on Amazon. It also analyzes reviews to verify trustworthiness.

Josh in Minnesota
5.0 out of 5 stars This is a must read for anyone currently part of American Evangelicalism. (You have been duped)
Reviewed in the United States on September 25, 2020
Verified Purchase
Jim Osman does an excellent job with his newest book exploring the unofficial evangelical doctrine of hearing special and extra biblical revelations from God. Many including myself grew up in the modern evangelical movement believing that hearing whispers or a "still small voice", feeling impressions and looking for signs/omens was normal and expected for decision making. Oftentimes today the test of "spirituality" or your "personal relationship" with God in the evangelical church is determined by how many voices, impressions or directions you are getting from God. If you are not hearing these all important voices for personal direction, something is definitely wrong with you. At best you probably need to try harder and buy the most recent 5 step book on how to hear God's voice. At worst, you may not even be a Christian and salvation is on the line. There are real struggles and fears that have taken root in the church today because of this faulty doctrine and they are devastating to those who believe them. Jim takes a good portion of his book to examine the biblical passages and verses that are used to support this faulty doctrine by placing them back into their original context. It is amazing to see how far from reality these passages and verses have been stretched to prove out a doctrine that is not there. This book blows away the unfounded whispers of God doctrine and offers a glimpse of the freedom we have to make decisions that are within God's will that do not require special or extra biblical revelation. If you have been ensnared and crushed by this false understanding of how God communicates to his followers, it is time to free yourself. I can't recommend this book enough, it will change your life for the better and strengthen your understanding of who God is and how he has chosen to communicate with his followers today.
Read more
17 people found this helpful
Helpful
Comment Report abuse

Rebecca Walls
5.0 out of 5 stars Another fantastic book by Jim Osman
Reviewed in the United States on October 20, 2020
Verified Purchase
What a great book! I highly recommend this book for all believers. Jim methodically breaks down the faulty assumptions that we need to hear God outside of scripture, expect God to speak outside of scripture, and learn to hear God speak to us outside of scripture. This is taught to believers and the devastation that can happen can ship wreak a believers faith. Although never will they fall away dangerous seemingly innocent practices harm. If you're unsure and think you need to hear God outside of scripture please take the time to slowly read this book. Jim has a way of clearing up the confusion, pointing out the errors and the ending of the book he goes into detail and ties up loose ends and gives a final appeal.
Also check out Jim's other books as well. I have personally benefited tremendously from Truth or Territory A biblical approach to spiritual warfare.
My final plea to all who think God is speaking outside scripture and that there are people within the church we need to listen to because they are hearing from God. Please look to all the warnings that are there that tell of false teachers false prophets etc. Our dear Lord warned us.

I pray this review blessed you. I'll be wearing the pages out in this book and read over and over like Truth or Territory.

Carol Oquinn
5.0 out of 5 stars A Courageous Masterpiece of Wisdom and Truth
Reviewed in the United States on October 24, 2020
Verified Purchase
It takes a lot of courage to write a book that debunks the popular myths emanating from book stores & pulpits. This book belongs in the hands of every Christ follower. Jim Osman writes with an easy to read style packing each page with scriptural truths as he untwists the misleading knots formed by many popular authors. He exposes the teachings of Henry Blackaby, Priscilla Shirer, Dallas Willard and others to the light of God’s word. He examines their claims and out of context proof texts, to what the bible says, in context. His work is very much an example of Berean like scrutiny. We need more teachings like this which draw us back to the truth of scripture and uphold it’s sufficiency! Don’t buy the lie that there’s something amiss with your Christianity if you don’t hear God’s voice! Buy this book! May God richly bless Jim Osman for having the courage to stand for truth and fight the good fight.
Read more
5 people found this helpful
Helpful
Comment Report abuse

audie
5.0 out of 5 stars very much needed
Reviewed in the United States on November 6, 2020
Verified Purchase
Back around the turn of the century, I spent a few years with Youth With A Mission. YWAM is heavy into “hearing the voice of God”, so heavy in fact that one of their foundational values is that all of us can hear the voice of God, and they have at least two books, Is That Really You, God? and Forever Ruined for the Ordinary, which are mainly focused on how we can hear God's voice.

Reading those books a few years ago, after being out of YWAM for a while, it struck me how much they teach in those books isn't in the Bible.

To be honest, once you look at all the steps they teach you have to do to hear God's voice, and the principles you have to live by, and all the many many many ways, lots of them incredible vague and unclear, that God might speak to you, you can get the strong impression that not only is God's voice almost impossible to hear, but somehow also unreliable. It's a hamster wheel where we put in a lot of effort but got nowhere, or even less than nowhere if you look at where YWAM has been heading and the really awful churches and ministers they've been tying themselves to.

Osmon's book biblical breaks down and shreds a lot of what's going around about hearing the voice of God. Elijah's “still small voice” wasn't some kind of “voice” he heard inside himself. We don't have to tune in to God like we're radios. Gideon may have put out a fleece, but that's not a suggestion or command that we do the same. And there is a lot more in this book worth considering and knowing.

This is a subject that needs a large dose of biblical truth. I'm not even a cessationist, I see no biblical reason for denying that God can speak to a person today if he chooses, but far too much unbiblical nonsense about hearing the voice of God is being taught and uncritically accepted in the churches.
Read more
2 people found this helpful
Helpful
Comment Report abuse
See all reviews