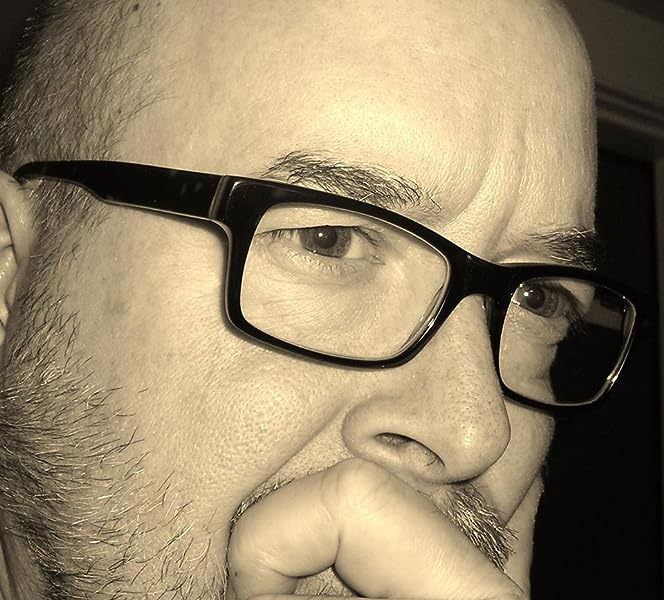 by Matt Hader (Author)
4.9 out of 5 stars 15 ratings
Book 2 of 2: The Jakub “Pies” Jakubowski Series
See all formats and editions
Sorry, there was a problem loading this page. Try again.

A chaotic, sleep-deprived quest to right a murderous wrong.

Jakub “Pies” Jakubowski is released from prison after doing a five-year jolt for manslaughter. There’s only one simple goal in mind for the parolee now that he’s free, and that’s to apologize, face-to-face, to the mother of the woman he killed.

But Pies’s criminal associates have something else in mind for the newly sprung burglary expert. The Chicago Outfit demands that Pies help them swipe a well-protected, multi-million-dollar piece of sports memorabilia. The Outfit members strong-arm Pies into going along with their plan by threatening to kill the mother of his manslaughter victim.

Navigating a perilous pathway between shielding the woman and assisting the mobsters with their dangerous burglary scheme, Pies scrambles for a solution that could save the woman—and himself.
Read more
Previous page
Next page

Matt Hader's circuitous route to becoming a professional writer followed an unlikely path through post-collegiate classes at The Second City, on-air shifts in Chicago-area radio station studios, and work as a 9-1-1 communications officer. He's had numerous screenplay options and production deals over the years, and in 2011 his first novel, Bad Reputation, was published, followed by six more stories that expanded the Bad Reputation universe. Matt served for a time on the board of directors of the nonprofit American Screenwriters Association, and he's a current member of the International Association of Crime Writers (North American branch). He and his wife make their home in Barrington, Illinois.

Matt Hader’s circuitous route to becoming a professional writer followed an unlikely path through post-collegiate classes at The Second City, on-air shifts in Chicago-area radio station studios, and work as a 9-1-1 communications officer. He’s had numerous screenplay options and production deals over the years, and in 2011 his first novel, Bad Reputation, was published, followed by six more stories that expanded the Bad Reputation universe. Matt served for a time on the board of directors of the nonprofit American Screenwriters Association, and he’s a current member of the International Association of Crime Writers (North American branch).

Ms. P. Mitchell
5.0 out of 5 stars Excellent Read
Reviewed in the United States 🇺🇸 on August 17, 2020
Verified Purchase
Thoroughly enjoyed this book! Well written and now I need to go back and read more of Matt's work - I'm dyslexic and finding reading difficult but this held me captive and I enjoyed it - I discovered it by accident via the recommendation of a friend and thought I'd give it a go in the time of Covid .... nothing to lose huh! I enjoyed it!
Read more
Helpful
Report abuse

John Saccameno
5.0 out of 5 stars Welcome Back Pies
Reviewed in the United States 🇺🇸 on July 24, 2020
Verified Purchase
A fitting and strong follow up to the great Two-Seven Remainder. A story about redemption from a flawed hero. Fast paced and tightly written. It's always nice to settle in with characters you know and pick up on their unpredictable lives.
Read more
Helpful
Report abuse

john vinopal
4.0 out of 5 stars A madman to love!
Reviewed in the United States 🇺🇸 on February 7, 2018
Verified Purchase
After reading Matt Hader's most recent novel, I can only say, P-YES!! It was great reuniting with Pies from Two-Seven Remainder. It is difficult to beat the original story, but Madman comes awfully close. Hader introduces much deeper aspects of Jakub's personality which makes it hard not to love this madman. Having grown up near Edison Park, Matt's words brought me back to the old neighborhood. Thoroughly enjoyed this read.
Read more
Helpful
Report abuse

Doug Ross
5.0 out of 5 stars Make a bad situation right at all costs
Reviewed in the United States 🇺🇸 on June 16, 2018
'God Loves A Madman' is a well-written and interesting continuation of 'Two-Seven Remainder' as Pies Jakubowski attempts to right-a-wrong...an unfortunate and terrible circumstance at that. At each turn he must adjust to unforeseen situations and plot twists with the hope of accomplishing a goal that seemingly was an easy task at hand, but quickly becomes a daunting personal struggle as the story progresses. Whether your a Chicago Outfit / Crime-Drama enthusiast or know someone who is, recommend this novel or better yet, take the time to read 'Two-Seven Remainder' then 'God Loves A Madman' and experience for yourself the world of a rough but well-intentioned protagonist who navigates through a perilous journey with the hope of being meaningfully redeemed by the 2nd story's end.
Read more
Helpful
Report abuse

Remington Perregaux
5.0 out of 5 stars Thoroughly enjoyable
Reviewed in the United States 🇺🇸 on July 24, 2020
This writer has a unique knack for character description and develppment. I got into this book from the first page and couldn't wait to see what else he had written. Loved the story and the ease of feeling like I was right inside the page throughout. Great read!
Read more
Helpful
Report abuse
See all reviews