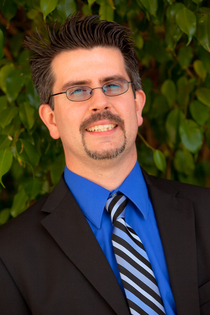 God with Us: Knowing the Mystery of Who Jesus Is Paperback – January 1, 2007

Why the God-Man?' Athanasius's question frames the entire complex of Christian faith, piety, worship, and practice. With devotional warmth and doctrinal clarity, Pastor Hyde makes an excellent tour guide through the treasures that lie at the heart of history-indeed, at the heart of God himself. Whatever the stage in the Christian pilgrimage, God with Us will lead readers from meditation to doxology. --Michael Horton, J. Gresham Machen Professor of Systematic Theology and Apologetics, Westminster Seminary California

JESUS. The name means so many things to so many people. This book has as its aim to know Jesus. In order to know Him experientially and personally we must know what the Bible says about Him. To come to this knowledge we must delve into the holy mysteries of the Word of God and the historic Christian faith. Whether you are a skeptic, an agnostic, an inquirer, or a convinced Christian, this book is meant to cause you to consider the mysteries that Jesus claimed of Himself that you too might join the cloud of witnesses that no man can number, confessing the name of Jesus "God with us."

Daniel R. Hyde (M. Div., Westminster Seminary California) is the Pastor of Oceanside United Reformed Church in Oceanside, California. He is the author of Jesus Loves the Little Children (2006), The Good Confession (2006), What to Expect in Reformed Worship (2007), and With Heart and Mouth (2008).
Read more
Start reading God with Us: Knowing the Mystery of Who Jesus Is on your Kindle in under a minute.

CAB
5.0 out of 5 stars Cur Deus Homo
Reviewed in the United States on February 26, 2008
That's the question to which the great theologian Anselm gave a classic answer almost 1000 years ago. In English, it is, "Why the God-Man?" or "Why did God become Man?" In other words, why did we need a Savior who was both God and Man? How important is this doctrine of the two natures of Christ? Does it really matter all that much to the Christian faith? Isn't it just one of those esoteric doctrines developed by indolent medieval theologians? What do you think?

If you cannot give a clear answer to Anselm's question, or if you think that its answer is irrelevant, then I would encourage you to read this book.

Rev. Hyde, a minister in the URCNA, explains the doctrine of Christ's two natures clearly and accessibly. Contrary to much contemporary Christian sentiment, theology matters. As Hyde puts it, "doctrine...offers the only solid foundation on which a believer in Jesus Christ can reliably live the Christian life and face temptations and trials." Doctrine is inherently practical, though we may often fail to understand how this is so.

After a chapter on the event of the incarnation, Hyde explains in Chapters 2-5 the doctrine of the two natures of Christ in one person. In doing so, he weaves together a fine assortment of biblical texts and historical citations. Also included are four appendices which help to explain the historical development of this foundational doctrine.

My favorite chapter was the sixth one, on the importance of this mysterious doctrine. Hyde first makes the pastorally crucial distinction between apprehension and comprehension. No Christian is able to comprehend the doctrines surrounding the incarnation of Christ, but we are required to apprehend them, that is, to confess them as true. In fact, much of what we say about the incarnation is couched in negative terms. We know that there are boundaries which must not be crossed, and we must refute and condemn all those heretics who have crossed the boundaries of orthodoxy. Thus, Hyde deals with the various Christological errors which have arisen throughout the history of the church. Yet, though we may be capable of setting boundaries of orthodoxy, we are incapable of penetrating to the depths of these doctrines. We must admit that there is an important element of mystery involved.

Hyde continues in Chapter 6 to explain that the importance of the doctrine of Christ's natures is found in the fact that God became man for us. The metaphysical fact of the incarnation itself is not important, but rather the fact that Christ came to be our Mediator, to bring us to the Father, to renew us after the image of God, and to conquer death for us. The doctrine of the incarnation, then, is central to the work of evangelism, since it sets us far apart from other religions. Moreover, the doctrine provides the basis for Christian comfort, since our God is able to sympathize with all of our trials in life. Amazing!

I recommend this book to any Christian who cannot answer the question, "Why the God-Man?" It would be a great book to give to a friend who claims to be a Christian but who has received little instruction in the faith. Perhaps this book would persuade such a friend to join a Reformed church.

Kevin W. Efflandt
5.0 out of 5 stars An Important Read on the Person of Christ
Reviewed in the United States on March 1, 2008
I greatly enjoyed Rev. Hyde's book and found 3 things in particular to be very good...

1. Rev. Hyde approaches the entire subject from what we could call a "redemptive-historical" perspective. In other words, Rev. Hyde traces the Bible's teaching on the person and natures of Christ from Genesis to Revelation, rather than just picking proof-texts here and there to make his points. For those new to the Reformed faith, his section on pages 16-25 would be particularly beneficial, as he looks at the promise of a deliverer all the way back in Genesis 3:15 and then follows that line all through the Bible.

2. There is a historical rootedness to this book. In other words, Rev. Hyde does not act as if we are the only Christians who have ever lived. Sadly, much of the church today has no interest in history, but not so with this book. Rev. Hyde does a great job in looking at various heresies in regards to the person and natures of Christ throughout church history and how the church has dealt with those heresies at various church councils and in various church creeds. His focus on church history alone is worth the price of this book.

3. His comparison between the Christ of the Qur'an (the holy book of Islam) and the Christ of the Bible was very helpful. In a day when Islam is in the news it is important for us as Christians to know just what Islam believes in regard to the person of Christ. Reading this section of Rev. Hyde's book will be very helpful in showing you the difference between Islam and Christianity in this area.
Read more
2 people found this helpful
Helpful
Comment Report abuse

Chad Van Someren
5.0 out of 5 stars Fully God and Fully Man
Reviewed in the United States on June 17, 2008
This is a concise, highly readable, practical, and exciting book that explores the meaning and significance of the incarnation--a central, defining Christian doctrine. For Christians it provides depth and vitality to the celebration of the Savior's birth. For non-Christians it provides a reasonable explanation of an oft misunderstood but crucial Christian claim. Excellent appendicies with primary sources.
Read more
Helpful
Comment Report abuse
See all reviews from the United States