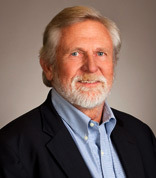 God? Very Probably: Five Rational Ways to Think about the Question of a God Paperback – November 11, 2015

"Robert Nelson offers us a brilliant, refreshingly written, well-informed case for theism. His book is an excellent contribution to the debate over the probability of theism, a debate that includes participants ranging from ... Christopher Hitchens to Richard Dawkins ... and Nelson's counterparts (for example, Richard Swinburne, who has written a series of books arguing that the probability that God exists is greater than 0.5 ... and Keith Ward, author of the book Why There Almost Certainly Is a God [2009])"  ...  "I highly recommend God? Very Probably to any reader interested in engaging one of the most important questions any of us can raise: the existence or nonexistence of God."    Charles Taliaferro, The Independent Review, chairman of philosophy department, St. Olaf College

" Fascinating and well written...Worth reading whether you a beginner in the field or a well-seasoned expert. ...  I found the arguments to be absorbing.  ... I commend its scholastic techniques and cold rationality in a field that is often emotive and confusing."  Gillian Strange, Theology
" An honest attempt to tackle the hoary question of origin, meaning, and purpose. It is ... understandable to those who are examining the areas of faith and science for the first time." Tony Costa, Science and Christian Belief, University of Toronto

"Thomas Aquinas famously formulated 5 arguments for the existence of God.  Robert H. Nelson has formulated 5 more, reflecting modern modes of thinking.  They have to do with (1) the mystery of why mathematics, a mental construction,  applies so completely in the physical world; (2) the mystery of human consciousness; (3) new issues in evolutionary biology; (4) that revolutionary ideas have tended to occur separately but at the same time;  (5) the phenomenon of different forms of worship (including the way even non-religious ideologies such as Marxism assume religious forms).  These all suggest the existence of a mind behind the universe." Gene Edward Veith, Cranach blog, Concordia Theological Seminary

"Nelson has written an excellent book. ... I compare what he is doing here with Thomas Aquinas .... Using the science of his day - roughly the equivalent of Aristotle with Platonic underpinnings - Aquinas tried to show what could be known of God by virtue of "reason". This is what Nelson's book is about except that he uses modern biology, physics, mathematics and neurosciences (instead of Aristotle) to bolster his argument."  Scott Gustafson, Lutheran theologian, former pastor and author of At the Altar of Wall Street.

"I read Bob Nelson's book with great interest and pleasure. He does an admirable job at synthesizing diverse arguments for the existence of God in a systematic, lucid, simple but not over-simplified form. I suppose many a reader will be compelled. For those that are not, the targets for refutation are presented with clarity and intellectual honesty. Closer to home for me, Nelson takes aim at dogmatic"Darwinism" as a form of "secular religion". This is indeed a disturbing trend that hurts public perception of modern evolutionary biology that has gone far beyond "Darwinism" in its explanation of thehistory of life. Excellent book on all accounts."
Eugene Koonin, National Institutes of Health, Member, U.S. National Academy of Sciences

Using mathematics, quantum theory, evolutionary evidence, and historical events, author Robert H. Nelson makes a strong case for the existence of what most of us would consider "God." ...  The author does not endorse a specific religion, but rather states the case for the possibility of a "cosmic mind" that brought the universe into being. ... The writing within this book is superb. God? Very Probably would be an excellent resource for anyone seeking to find evidence of a higher power outside of the bounds of religious texts. ...  I enjoyed God? Very Probably immensely.
Review in onlinebookclub.org

"In God? Very Probably, Nelson makes the most compelling, challenging, comprehensive, and consequential analysis of how and why the advocates of the 'new atheism' have built their cases on unscientific grounds."
--Max L. Stackhouse, Rimmer and Ruth de Vries Professor of Reformed Theology and Public Life Emeritus, Princeton Theological Seminary

"In this engaging, illuminating book, Nelson offers an accessible, well-argued case for the rationality of belief in God. It is elegantly written and refreshingly free of academic jargon."
--Charles Taliaferro, Chair of the Department of Philosophy, St. Olaf College

"Although the thrust of this book is not to debate thinkers [like Richard Dawkins, Daniel Dennett, and Christopher Hitchens], the self-contradictions of their positions are frequently exposed as by-products of broader discussions, and Nelson helpfully makes the connections. I believe readers will enjoy and benefit from the clear, informed, and honest reasoning in this book."
--Herman Daly, Emeritus Professor, University of Maryland

"Nelson has written a superb book, one that should be read by a wide spectrum of people: atheists, agnostics, deists, and committed Christians. His explanations for the existence of a god are thoughtful and draw upon the work of a wide range of scholars."
--P. J. Hill, Professor of Economics Emeritus, Wheaton College

"Nelson masterfully draws evidence from recent scientific discoveries and important arguments that bear on the question of the existence of a god. This is a thought-provoking, ambitious, and much-needed book with elements from the author's personal journey."
--Kaius Sinnemäki, Helsinki Collegium for Advanced Studies, University of Helsinki