Gods Ascendent: The Apsara Chronicles #2 and millions of other books are available for Amazon Kindle. Learn more
Share <Embed> 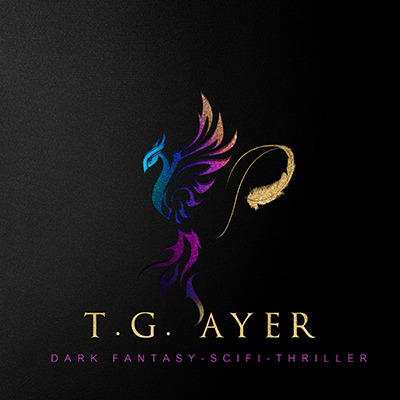 Customers who bought this item also bought these eBooks

Page 1 of 1 Start overPage 1 of 1
This shopping feature will continue to load items when the Enter key is pressed. In order to navigate out of this carousel please use your heading shortcut key to navigate to the next or previous heading.
Back
Next
Start reading Gods Ascendent: The Apsara Chronicles #2 on your Kindle in under a minute.

4.7 out of 5 stars
4.7 out of 5
47 customer ratings
How does Amazon calculate star ratings?
Amazon calculates a product’s star ratings based on a machine learned model instead of a raw data average. The model takes into account factors including the age of a rating, whether the ratings are from verified purchasers, and factors that establish reviewer trustworthiness.
Top Reviews

Kriselda Gray
5.0 out of 5 stars Copious second part to a series
Reviewed in the United States on May 6, 2018
Format: Kindle EditionVerified Purchase
This is the second book in T.G. Ayer's "Apsara Chronicles" series. The heroine, Vee, is tasked with helping to prevent demons from invading the earth from their own dimension. She works with a special unit on the FBI and is assisted by a hellhound who can take human form, an owl shifter, her mom, dad and former step-father, and - just maybe - by the ghost of her recently deceased grandmother, unless that's something she's imagining to cope with her grief. When an unusual murder and kidnapping indicate things might be changing in the demon world - and not for the better - Vee and company need to work with the local authorities to resolve the case without giving away the supernatural nature of the situation - or getting killed in the process.

The characters are fun and well-written. The side characters give the main ones a nice range of personalities and attitudes to play off of and help keep the story moving at a good pace. I've really enjoyed both books in this series. I like that they're based in Hindu mythology, something I haven't run across as much as Greek, Roman or Norse, and find it adds a really fresh element to the urban fantasy setup.

Debi Domby
5.0 out of 5 stars Action packed page turner
Reviewed in the United States on April 20, 2019
Format: Kindle EditionVerified Purchase
Immortal Bound, TG Ayer
God’s Acendent is book two in the Apsara Chronicles Series. Most of the other reviews will give you storyline. Me, I’ll tell you, I loved this book. It was a page turner with plenty of interest. Vee is a strong character with plenty of snark and grit … with all the characters being believable. Some great cultural tidbits woven into the storyline. More things are revealed and we find out who Karan is.

Angie Lenkevich
4.0 out of 5 stars Intriguing..
Reviewed in the United States on July 28, 2018
Format: Kindle Edition
Vaishnavi "Vee" Shankar is supernatural CSI working for The FBI. Her current investigation leads her to a startling discovery~demon horde is up to something dangerous and deadly. Vee not only has to cope with her father's re-emergence in her life but visitations from her dead grandmother as well. Vee simply doesn't know what to do about any of this. So she just does her job the best way she can. What is demon horde planning? What do the Gods want with Vee? Your answers await you in Gods Ascendent.

The mixed cultures of mythology are interesting to learn about. The characters and story are complicated, real, rich, bold, raw, mysterious, curious, adventurous, and unique. I'm definitely looking forward to the next book in this series. I voluntarily read this ARC for an honest review and the opinions are my own.

dmcl
VINE VOICE
5.0 out of 5 stars Wonderfully told story with well developed characters and a richly detailed world
Reviewed in the United States on February 28, 2018
Format: Kindle Edition
The Aspara Chronicles newest entry, God’s Ascendent, finds Vee facing a myriad of problems and challenges. Someone wants her deader than dead, she has stumbled across a plot against the Demon Hoard by the pey demons who seem to be killing humans randomly, and she is still learning the full extent of her Aspara powers. Oh, and her dead grandmother keeps popping up and offering unsolicited advice and disturbing revelations. Wonderfully told story with well developed characters and a richly detailed world. I particularly like this series because it is built around a pantheon about which I am ignorant, so I’m learning as I read. Fast moving story that is a great read, but recommend that you read book one for maximum enjoyment and understanding.
If you are a fan of Annie Bellet and Lindsay Hall, you’ll love T.G. Ayer’s storytelling style
Read more
Helpful
Comment Report abuse

Alina Hart
5.0 out of 5 stars A Great Sequel.
Reviewed in the United States on February 28, 2018
Format: Kindle Edition
I actually preferred this one over the first in the series. It is a fast paced fun, witty, yet thrilling ride for Vee and her compatriots.
Vee is a wanted woman by those whom may find her and her special gifts a threat to them and their existence.
Vee's just trying to make it from day to day and do her job, but that tends to get a bit tricky when the bad guys are trying to kill her, her friends are missing, her grandma may or may not be leaving messages from beyond the grave, and her dear dad is struggling with a crippling disorder.
Will Vee be able to remedy what is her life at the moment? You have to read to find out.
*I voluntarily read and reviewed an ARC of this book and am leaving my honest review
Read more
Helpful
Comment Report abuse

christyTop Contributor: Fantasy Books
5.0 out of 5 stars great book 2 to keep me reading the series
Reviewed in the United States on July 8, 2018
Format: Kindle Edition
I loved book 2 as Vee starts out in an action packed scene and keeps the action going through most of the story. I liked the few tidbits of secrets that are revealed dealing with her life and family and what is going on in NY. Plus there were a few scenes that made me laugh out loud. Loved the action and suspense that kept me reading until the end to see what would happen next and get revealed. Loved the flow and pace. Just a great story that made a great book 2. I received a copy from the author and chose to write a review because I loved the mix of modern day NY, FBI crime scenes, demons, and crazy family.
Read more
Helpful
Comment Report abuse

Pat Raab
4.0 out of 5 stars This book really builds the story and fleshes out the background to Book 1
Reviewed in the United States on April 12, 2018
Format: Kindle Edition
In Book 1 we got to know most of the characters, but this really builds the story and fleshes out the background. Vee is a tough cookie, and really taking to the role of Apsara, although she still isn't quite sure what it is supposed to be. The hellhound and the owl are also coming more to the fore, and what with Raj back in the picture and Mac mostly out of it, granny's ghost revealing a painful past, and the gods finally starting to take some action, things are getting really interesting.
Read more
Helpful
Comment Report abuse

kra1staol
5.0 out of 5 stars More cool weapons a bad demons!
Reviewed in the United States on March 25, 2018
Format: Kindle Edition
This book is even better than the first book in the series; more neat weapons and some serious demons. A few surprises that I did not see coming and all of Vee's fierce and formidable friends are also along to help her be victorious. I am going to have are hard time waiting to read the next book in this series (if you like this one, check our her other ones too) and more sleep will be lost. I just can't stop when I start the books she writs and have to finish them non-stop, don't ever take a speed reading course. This lady writes books every bit as enjoyable to read as those I have read by Sara Stone. I voluntarily read an advanced reader copy of this book.
Read more
Helpful
Comment Report abuse
See all reviews from the United States

Gea
4.0 out of 5 stars Strong allies
Reviewed in the Netherlands on February 28, 2018
Format: Kindle Edition
Another thrilling story from Tee Ayer!

Fortunately Vee has a few unusual but strong allies, like her dead grandmother, her two protectors and the FBI.
She’s up against different kinds of demons, who for some reason are trying to capture her.

I received a copy and this is my honest and voluntary review.
Read more
Helpful
Sending feedback...
Thank you for your feedback.
Sorry, we failed to record your vote. Please try again
Report abuse
Translate review to English