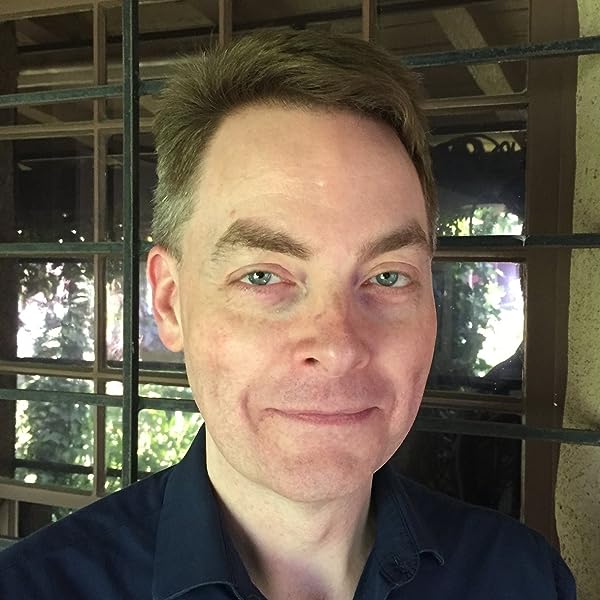 "Fans of Farmer's original series will appreciate this repackaging and enjoy the finale, both in tone and because of the closure it provides. Likewise, fans...will find the entire collection an accessible and enjoyable throwback." --Publishers Weekly

"[The Song of Kwasin] possesses and organic, unified feel, and a high level of storytelling craft. The legacy of the Khokarsa cycle is continued in honorable and entertaining fashion." --Locus Online

"Farmer and Carey tell a realistically complex tale... [T]he trilogy is brought to a satisfying conclusion." --The British Fantasy Society

Gods of Opar: Tales of Lost Khokarsa collects for the first time anywhere Philip José Farmer's epic Khokarsa cycle, including the never-before-published conclusion to the trilogy, The Song of Kwasin.In Hadon of Ancient Opar, the young hero Hadon journeys from his outpost city to the heart of the ancient African empire of Khokarsa, battling in the Great Games for the chance to win the king's crown. But just as Hadon stands upon the precipice of victory, the tyrannical King Minruth usurps the throne and overturns the beneficent, centuries-old rule of the priestesses of Kho. Now Hadon must set out upon a hero's journey unlike any otherto hunt down a living god and return with his bounty. The saga continues in Flight to Opar, as a decree by the oracle hurtles Hadon upon a perilous quest that will determine the fate of the next twelve millennia. In The Song of Kwasin, Hadon's herculean cousin returns to Khokarsa after long years of exile in the Wild Lands. But soon Kwasin finds that in order to clear his name he will have to take up the cause against King Minruth himself and stop him before he fulfills his mad quest for immortality high atop the sun god's bloody ziggurat.

Philip José Farmer (1918-2009) was the bestselling author of the award-winning Riverworld saga and the World of Tiers series. He was the winner of three Hugo Awards and a World Fantasy Award for Lifetime Achievement, and was honored with the prestigious Grand Master Award by the Science Fiction and Fantasy Writers of America.

Christopher Paul Carey's fiction may be found in anthology series such as Tales of the Shadowmen and The Worlds of Philip José Farmer. He is the editor of three volumes collecting Philip José Farmer's work: The Other in the Mirror, Venus on the Half-Shell and Others, and Up from the Bottomless Pit and Other Stories. He is also the author of Exiles of Kho, a tale of the heroine-priestess Lupoeth set eight hundred years before the events of Gods of Opar.
Read more

Solipso
5.0 out of 5 stars Read the first two novels. Skip the third.
Reviewed in the United States on September 21, 2013
Verified Purchase
GODS OF OPAR includes three novels. The first two, HADON OF ANCIENT OPAR and FLIGHT TO OPAR, constitute a paragon of heroic fantasy. They are worthy of anyone who appreciates fiction, and they form a classic example of how good fiction opens a portal. If your reality disappoints, you can use the portal to escape into an alternate one.

The two novels focus on Hadon, a strapping young man from the ancient--as in VERY ancient--city of Opar. It is a city mentioned both in THE HOLY BIBLE (as "Ophir") and in the Africa of Edgar Rice Burroughs. In 10,011 B.C., the high priestess of the Khokarsan Empire has decided to marry. Her husband, who will become the future emperor, will be determined by he who wins a series of olympic trials. Hadon is one of the three winners of the preliminaries in provincial Opar. Now he travels to the imperial capital, Khokarsa, where he will compete in the finals.

At his best--and this duology is an example of his best--Philip José Farmer is a master of alternate realities. He provides ample details for scene and mood. If his characters are virtuous, they are likeable. If they are villainous, they are detestable. In this particular epic, the story is thankfully not straightforward and predictable. It has twists and turns. Some make you sad. Some make you exclaim, "Yes!" And there are even a couple of cameo appearances by Tarzan, who by any other name would smell as sweet.

The third novel, THE SONG OF KWASIN, is supposedly a collaboration of Farmer with Christopher Paul Carey. But it manifests itself as the work of Carey. The style is obviously Carey's, and it lacks the immersive convincingness exuded by Farmer. I suppose if I had read the third novel before reading the other two, I might have liked it. As is, it proved as appealing as a cup of decaf.

So why do I give this book five stars? Because it deserves it. Farmer's classic duology and the dust jacket's outstanding art make Subterranean Press's hardcover something special. The first two novels are worth your time, and the book is worth your dollars. If you can spare them.

George Steven Fears
5.0 out of 5 stars Philip Jose' Farmer's Opar Trilogy is competed!
Reviewed in the United States on November 22, 2013
Verified Purchase
It's the final book in the trilogy that was a long time in the making. Farmer will always be one of the best, but the fact that he honors Edgar Rice Burroughs in his writings just elevates him even higher.
Read more
One person found this helpful
Helpful
Comment Report abuse

Arthur Sippo
5.0 out of 5 stars The Completed Sword and Sorcery Epic by Philip José Farmer
Reviewed in the United States on May 11, 2012
In 1974, Philip José Farmer wrote the novel "Hadon of Ancient Opar" inspired by ideas from the works of Edgar Rice Burroughs and with the permission of Burroughs estate. This was a tale of Swords and 'sorcery' about the forgotten civilization Khokarsa that existed in Central Africa in prehistoric times. This story was PJF's a paean to the works of Burroughs, Robert E. Howard, and H. Rider Haggard while adding Phil's typical modern slant and sensibilities. There was swashbuckling, exotic flora and fauna, daring-do and connections to the stories in his Wold Newton Universe. Two years later, Phil published a sequel "Flight from Opar" with the promise of a third story to come shortly. That story "Song of Kwasin" was outlined but only partly written. In the early 2000s, the outline and partial manuscript was uncovered and Phil completed the novel in collaboration with Christopher Paul Carey before Phil's death in 2009.

This series was one of my favorites in the 1970s and I have eagerly awaited the promised sequel for 38 years. I had the privilege to read an advanced copy of "Song of Kwasin" and it showcases the wonderful imagination and story telling of Philip José Farmer completed with loving care by his collaborator. This is a terrific story and a fitting sequel to the other two novels in this series.

This omnibus volume published by Subterranean Press includes all three novels and contains bonus materials about the Khokarsan civilization. This is the first time that ANY of the Khokarsa series have been printed in hardcover. It is a large sturdy volume that will be a collector's item. The stories are great deal of fun and the various 'Easter eggs' relating to the Wold Newton Universe make this a must have for any Phil Farmer fan.

Those who have read the first two Khokarsa novels will be ecstatic to have them together in this volume. They have been waiting with anticipation for the sequel for almost four decades. Now the entire series is available in a well made heirloom volume with a magnificent cover and many extras.

Win Scott Eckert
5.0 out of 5 stars Farmer's Completed Opar Trilogy - recommended!
Reviewed in the United States on August 21, 2014
Finally, after a decades-long wait, fans of Philip Jose Farmer's Opar books are rewarded with a satisfying wrap-up to the trilogy that Farmer had always intended. Meticulously based on Farmer's outline and notes, as well as conversations with and feedback from Farmer, and bringing years of research to bear dissecting and analyzing Farmer's world-building, Christopher Paul Carey has masterfully completed the third book, THE SONG OF KWASIN (the first two books are HADON OF ANCIENT OPAR and FLIGHT TO OPAR, both of which are included in this handsome omnibus). A talented wordsmith in his own right, Carey delivers a highly readable finale which has significant repercussions not only to Farmer's colorful characters, but to the Khokarsan Empire (of which Opar is an outpost) itself. I eagerly await an affordable trade paperback edition of THE SONG OF KWASIN, as it is a novel deserving of an even wider readership than that netted by the Subterranean Press hardcover. Highly recommended!
Read more
One person found this helpful
Helpful
Comment Report abuse
See all reviews