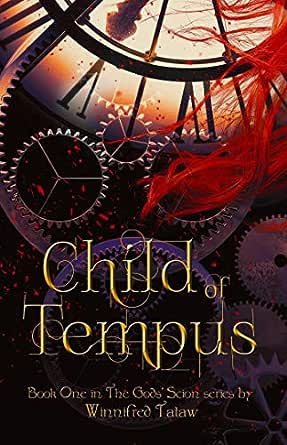 You've subscribed to The Gods' Scion! We will preorder your items within 24 hours of when they become available. When new books are released, we'll charge your default payment method for the lowest price available during the pre-order period.
Update your device or payment method, cancel individual pre-orders or your subscription at
Your Memberships & Subscriptions
There was an error. We were unable to process your subscription due to an error. Please refresh and try again. 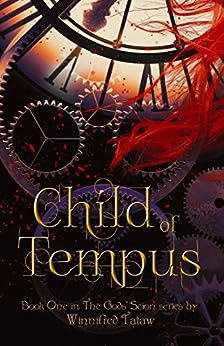 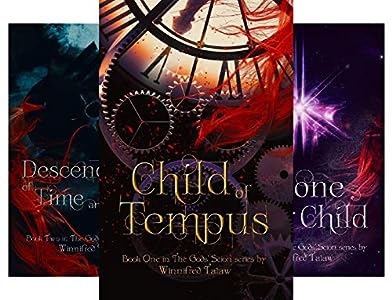 S.E. Crawford
4.0 out of 5 stars "I don't see how saying I have female fish hair is a compliment."
Reviewed in the United States on March 30, 2020
Verified Purchase
The setup of this fictional world is solid. I’m highly interested. It’s even more interesting because mix-breeding is possible. How awesome is that!

The pace of book one is slow. It’s mostly buildup with the action taking place in the last 20% of the story.

Book two has the opportunity to really soar now that the story was been laid out.

Khatwomin
5.0 out of 5 stars A unique and colorful tale!
Reviewed in the United States on June 13, 2020
Verified Purchase
This is a lot of information. But it's magical so don't let that put you off. The character's have wonderful personalities. This book needs to have a second edition with tons of illustrations! I want to visit this world, for real.
Read more
Helpful
Report abuse

glory tataw
5.0 out of 5 stars Suo
Reviewed in the United States on February 3, 2019
Verified Purchase
I love the story it keeps in suspense. Great for read.
Read more
Helpful
Report abuse

L. Hankins
3.0 out of 5 stars An engaging exploration of time, space and first love
Reviewed in the United States on August 23, 2020
Child of Tempus combines the familiar and the fantastic in a novel filled with gods, monsters, and human emotions. The setting is a world where a Demon King strives to create an existence to his liking. Standing against him is his son born to preserve the time-space continuum. Prince Rodrick, the acolyte of Time, is partnered in this quest with Princess Arcelia, The heir to the throne of Qirar can manipulate shadows along with matching wit with the prince. The story unfolds in a world filled with winged teenagers, warrior women, and cyborgs. The reader is encouraged to be enchanted by mythical creatures with scales, claws, and hair the colors of dreams. The realities of betrayal, addiction, and political unrest also play their parts in the novel. The story ends with the promise of a peace unfulfilled; however, it also provides the potential of a better adventure that is love.
Child of Tempus aims high with multiple narrators. However, just like too many cooks can spoil the meal, the inclusion of so many characters telling the story causes the work to drag. Lack of character development for the hero’s family stands out as wasted opportunities to increase interest in the action unfolding.
Overall, the novel was a pleasant excursion into a world filled with creations whose acts of bravery prevent the world from ceasing to exist but still seize the opportunity to appreciate the sentiment of a first kiss.
Read more
Helpful
Report abuse

Gwendalyn A
4.0 out of 5 stars Great Ya Fantasy
Reviewed in the United States on August 26, 2019
An inventive fantasy by a debut author, Winnifred Tataw The Gods' Scion: Child of Tempus.  Right from the beginning you are swept up into the books enjoyable plot and likable characters that will have you cheering them on. Tataw has Created an urban/contemporary fantasy that takes on a faced passed storyline.  Rodrick a ruling prince of the country of Diar, Being a Acolyte of his time, And dragon-human. But not everything is perfect, with turbulent family dynamics and a Demon King as your Father. Impending world destruction and magical realism with a dash of romance makes this an intriguing and engaging storyline. Great dialogue and magical elements makes for well written book.  If you enjoy Ya Contemporary Fantasy than this is the perfect book for you. I look forward to reading more books from this creative Author.
Read more
Helpful
Report abuse

evalyn
5.0 out of 5 stars JUST BUY IT
Reviewed in the United States on June 28, 2020
Okay can I just say, AMAZING. The details of the fictional world is crazy good. I really felt like I could picture all of the details perfectly (like a mini movie in my head). The characters themselves also have amazing details. Yes there is A LOT of information in this book, BUT I feel because of the information given, anything coming after this book is set already. Not only that there was suspense, something I enjoy in these magical type stories. Love love love LOVE! Can’t recommend enough!!
Read more
Helpful
Report abuse

Tasha McKnight
3.0 out of 5 stars What would happen if gods had acolytes?
Reviewed in the United States on September 6, 2020
The Child of Tempus is a promising start of the new series by Winnifred Tataw. The world she brings us into is an interesting blend of countries, who have different magical abilities and features. There is a moment when the pace in the book slows down, so I was tempted to put the book down, but I tell you to keep reading it until the end.