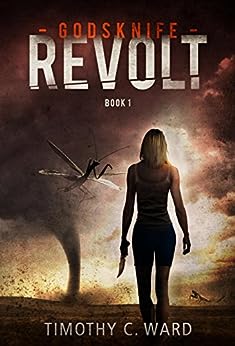 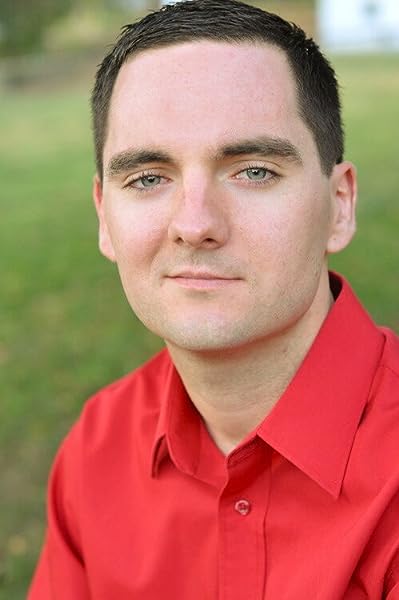 Caroline intended to visit a college campus, but stands instead at the edge of Hell on Earth.

“A tasty and addictive cocktail of the speculative fiction genre... Godsknife:Revolt is grimdark (oh yeah) and happening. The intro and conclusion are surprising, shocking, and every bit as intriguing as the entire plot.” ~ Anindita Choudhury

The cicada invasion has come, and a skin-crawling hum pervades the pitch-black Iowa sky. Cocoons line the streets, spilling forth their murderous offspring. Ancient magic has returned with a vengeance, bringing a threat greater than anything we saw in WW III.

An orphaned girl’s visit to Iowa State entangles her with a handsome Order mage, and with a priestess who’s triggered an apocalypse worthy of the gods of Earth and the Abyss.

When the impossible becomes reality, what price will Caroline and her new friends pay to survive the insect apocalypse?

“It’s as if the author took our current society, stripped off a few layers, and added in a few Chinese puzzle boxes. It is believable and very well done. The characters are interesting and well developed. I love that there’s a good amount of dialogue that flows well and builds nicely into the story. I can’t wait for the next book of the series!” ~ Vicarious Bookworm Reviews 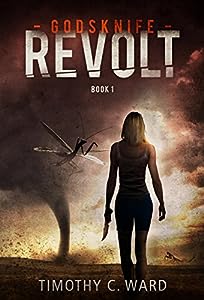 "Wow...how to describe this book? This is one of the most creative, unusual, entertaining and original books I have read in a long time. What a great start a series." - Lori, Audible reviewer

Timothy C. Ward is a Hugo nominated producer for Adventures in SciFi Publishing, who has been lost, broke and surfed with sharks on the other side of the world. He now dreams of greater adventures from his keyboard in Des Moines, Iowa. This summer he released two novels: his second Sand Divers book, Scavenger: A.I., where two parents use an ancient technology to fight a reproducing A.I. while trying to resurrect their deceased infant; and Godsknife: Revolt, an apocalyptic battle for godhood in the rift between Iowa and the Abyss.

Sign up for his newsletter for news, sales, giveaways and more: timothycward.com/newsletter/.

He can be found online at timothycward.com --This text refers to an out of print or unavailable edition of this title.

Timothy C. Ward is a Hugo nominated producer for Adventures in SciFi Publishing, who has been lost, broke and surfed with sharks on the other side of the world.

His Epic Dark Fantasy novel Godsknife: Revolt tells the story of an apocalyptic battle for godhood in the rift between Iowa and the Abyss.

His science fiction novels are Scavenger: Evolution and Scavenger: A.I., a standalone duology set in Hugh Howey's world of Sand.

His most recent book is written under the pen name Tim Kaiver. You can check out Cipher's Quest, a sci-fi fantasy LitRPG novel inspired by Stargate and Final Fantasy.

If you would like to be notified when it is re-released, along with the sequels visit his new website at www.timkaiver.com

Kenneth B. Soward
4.0 out of 5 stars Clashing worlds...
Reviewed in the United States 🇺🇸 on April 14, 2017
Verified Purchase
Godsknife : Revolt is not your typical urban fantasy. The heart of the story is good versus evil played out across the Iowa landscape (the real world), a place called the Void, and the Abyss. There are many paths that lead into and between these worlds, paths traveled by those who know how to manipulate the signs. Cool stuff.

Within the simple story, the rules of magic in this world are quite complex. And, I imagine, quite a challenge to write. There are three ruling groups. Chaos, Order, and Maker, and they all appear to use a combination of "orden" power to manipulate elements around them. A super neat concept that I have to give Tim Ward major props for.

There are several battles in the book, the first of which involves a plague of giant preying mantises who take great pleasure in snipping folks' heads off. I won't lie. I thoroughly enjoyed these scenes. The battles between the mages are slightly confusing at times, but epic nonetheless. Overall, pretty enjoyable.

Now for some problem spots. And please note these are my opinions only and as a writer have probably heard such criticisms in my own work. I thought the narrative voice in Revolt was a bit challenging to get through. For an urban fantasy, it sometimes read like an epic fantasy. There were places I thought sentences could be cut for efficiency and clarity, and at times seemed like the author was flexing when something simpler could have been used. And while this book is chocked full of mythology and magic, I never felt wholly grounded in it. It was almost too much at times (a criticism leveled at my own writing as well). Over-stimulation, I guess is the right term. Of course, it could be just me and this is likely right up someone's alley.

I would describe this book as neat but challenging. If you're up to reading about a big world full of big ideas and big magic, this one is for you. It requires some attention and focus, but the payoff is great, all the way up to the final sentence.

C.T.
5.0 out of 5 stars Order vs. Chaos vs. Balance versus Order again
Reviewed in the United States 🇺🇸 on August 28, 2016
Verified Purchase
Godsknife: Revolt is the first book in what seems to be a promising series about dueling mages fighting a on-again, off-again war between Order and Chaos. The concept of conflict between the two is one which was heavily developed by Michael Moorcock and is always one I've leaned toward Chaos regarding (despite the fact Order is almost always presented as the good guys). In this case, Balance is also a factor with the Makerists who revere the true God of this universe but who is absent and the return of may unmake Creation.

I'm a fan of Timothy C. Ward's writing but sometimes his writing is a bit rough as he attempts to cram as many new concepts and possibilities into his work as possible. Here, the ride is much smoother, perhaps because he's only attempting to describe "our" world with the secret societies operating behind the scenes. It gives him a lot more room to focus his writing on the characters, their relationship with the various cosmological principles, and the resulting story.

The premise this time is the high priestess of Order has gone completely around the bend, believing she can use the sorcery of her side to recreate humanity as beings who follow her principle better. Given the sheer volume of murder done in the name of state-based ideology and in the name of control, I'm surprised this is not the standard basis of their society but a shift from pacifism. Then again, one quality I like about this world is that it's implied the various factions aren't united in their interpretation of their principles.

The main character, Caroline, is a child of two worlds as she grew up in a cult of Chaos but is recruited by Order only just as things completely go to hell. This is less figurative than literal as the villain proceeds to unleash a series of Biblical plagues on the world, including a swarm of gigantic cicadas and praying mantises. Giant insects are a rather peculiar choice of monster to destroy the world but, honestly, points for originality.

Overall, I enjoyed this book even if I felt it was (ironically) a little too black and white with its characters. There's very little in terms of gray in the conflict given the villains are so out there. On the other hand, I had more than a little fun reading it.