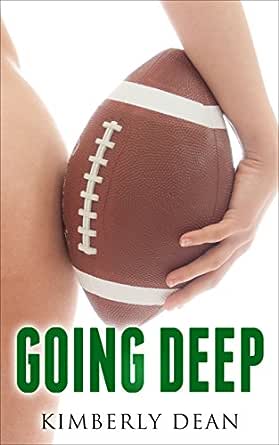 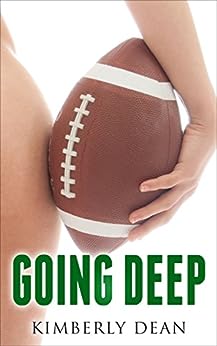 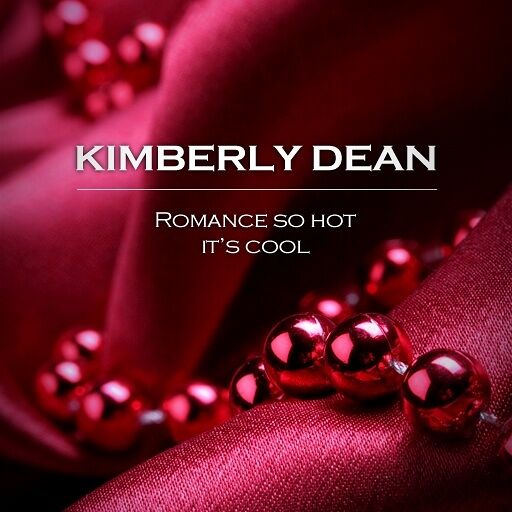 Kimberly Dean is the author of High School Reunion and Going Deep. --This text refers to an alternate kindle_edition edition.

"They're written especially for women so will hit the right buttons." Maxim --This text refers to an alternate kindle_edition edition.

Clandria Hilton
2.0 out of 5 stars disappointed
Reviewed in the United States on June 3, 2010
Verified Purchase
I love this author and thought that this book would be wonderful. I love the Cody character, he is a hot guy thoughtful and totally in love. Brynn,comes off as stupid and gulliable. She ruins her relationship with the only guy in the book who loves her. There is also no real ending. Other books by the same author are amazing.
Read more
One person found this helpful
Helpful
Comment Report abuse

Nikki
1.0 out of 5 stars One star for Cody, the rest... I wanted to cry
Reviewed in the United States on November 29, 2015
I'd like to start by saying I'm not usually one to write negative reviews. With that said, I have to be honest.

This book... I'm so disappointed. It went from the highest of highs to the lowest of lows. It started out so incredibly awesome, I thought I'd hit the motherload. Cody and Brynn had amazing chemistry and I loved them together. Cody was the only reason I gave any stars to this book. He was Book Boyfriend perfection. Brynn started out great, but then she turned on me :( She turned into a cheating raging slut and I don't know why!?!?!? She slept with three different guys, cheated on Cody once they FINALLY got together, and it broke my heart.

Going Deep started out with 5 strong stars, and in the end I'm giving one lone star to Cody. He was the only bright spot. I can't even express the disappointment I have. I read a few other books from this author and those were pretty good. I don't know why she wrote this one this way, and even though I don't like the turn of events, she does have a good writing style. But I just can't get over how sad I am that this book wasn't what it could and should have been.

The worst part is, Cody has been in love with her for 10 years and has always felt he was her second (or third, the hussy) choice. I didn't buy the ending. She gets to get naked, yet again with ANOTHER guy, after Cody walks in on her screwing the third guy, and steals a playbook thinking that will earn brownie points?! No. Just no.

Ok, I'm done ranting. I'll cry into my cheerios now at the loss of what could have been an amazing read.
Read more
3 people found this helpful
Helpful
Comment Report abuse

DailyReader
5.0 out of 5 stars A Guilty Pleasure
Reviewed in the United States on September 3, 2006
Brynn Montgomery has returned to Trinity College to start anew. Instead of the awkward student that left school, reputation in shreds, she's back as a savvy computer teacher. She's ready to prove to herself that she's got what it takes to face what was probably the most embarrassing time of her life. When she meets up with Cody Jones though, the bane of her college existence, she might have bitten off more than she can chew. To make matters worse, the school's rival, Palmer College, is home to no less than the man she used to date, Rex. As caught between the two men now as she ever was back in the day, Brynn needs to come to terms with what her guilt demands and what her heart desires. Neither man is going to make it easy on her, but one will clearly have her best interests at heart. Only problem is, will Brynn wake up in time to realize it?

Being part of the Black Lace series, readers should be aware they are buying erotica. Now that that's out of the way, sit back, relax and prepare to be lit on fire. Kimberly Dean is a great name in the genre and her books have never failed to get my pulse pounding. She writes as the genre intends: to stimulate, to entertain and to fulfill fantasies. Brynn is an endearing heroine, one that makes excrutiatingly awkward decisions at times, but one that also will reach into your heart. The two men vying for her attention...well, it will become pretty clear at the onset which one is the right man for her. I do wish that, given this is erotica, Brynn had taken more opportunities to explore her sexuality because despite her adult status, she is still very much an innocent. After all, that's one reason we read erotica. There's a bevy of delightful characters, from the forward Latino cheerleader Trini to the seemingly proper Dean Hawthorne, that make the read that much better. I confess to staying up many a late night with this one and cannot count how many times I've read it. It's a classic on my shelf, a great keeper.
Read more
5 people found this helpful
Helpful
Comment Report abuse
See all reviews

Josie82
5.0 out of 5 stars Delightfully exciting erotica
Reviewed in the United Kingdom on February 4, 2009
Verified Purchase
Back in college, cheerleader Brynn Montgomery was determined to ignore her attraction to Cody Jones, the football team's star player, bane of her existence and her boyfriend Rex's roommate. One fateful night things came to head and a scandal ensued that saw Brynn leaving university for good.

10 years later, Brynn is back at Southern Trinity University as a professor and determined to lay the scandal to rest. Little does she know that Cody is now the coach of the football team and Rex the coach of their biggest rivals. Soon Brynn is once again caught between the two delicious athletes and a scandal is brewing that will make everyone forget what happened 10 years ago.

This book is a delight for people who like erotica but also want an actual plot to go along with all the sex. The story is unashamedly hot and there are numerous sex scenes that will get your heart racing.

You are really drawn into the world of cheerleaders and football players and the writer writes in such a way that you won't want to put the book down.

All the characters are a delight especially Cody who was a rugged alpha male with a soft, sensitive side - you couldn't help but fall for him! I did like Brynn and felt that her confusion was very real, I just wish she had been a little less clueless at times. However, if she had been, there wouldn't be nearly as much sex in the book so I guess I shouldn't complain!