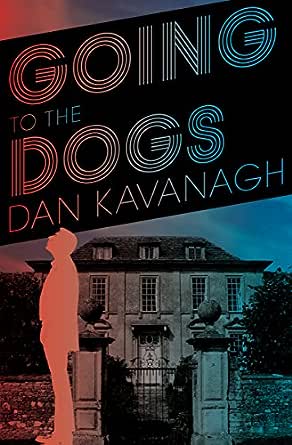 You've subscribed to Duffy! We will preorder your items within 24 hours of when they become available. When new books are released, we'll charge your default payment method for the lowest price available during the pre-order period.
Update your device or payment method, cancel individual pre-orders or your subscription at
Your Memberships & Subscriptions
There was an error. We were unable to process your subscription due to an error. Please refresh and try again. 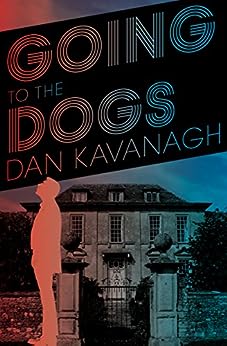 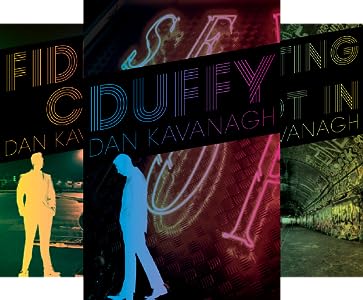 “A good mystery story is an ephemeral form of decoration. It papers over holes in time. In Going to the Dogs, author Dan Kavanagh does it with verve and humor.” —Newsday
“Kavanagh writes knowingly, jauntily.” —The Listener
--This text refers to an alternate kindle_edition edition.

Dan Kavanagh was born in County Sligo, Ireland, in 1946. After an uncompromising adolescence, he left Ireland when he was nineteen and roamed the world. He has been an entertainment officer on a Japanese supertanker, a waiter on roller skates at a drive-in eatery in Tucson, and a bouncer in a gay bar in San Francisco. He boasts of having flown light planes on the Colombian cocaine route, but all that is known for certain is that he was once a baggage handler at Toronto International Airport. He lives in Islington, North London, and works in jobs that (with mild paranoia) he declines to specify.
--This text refers to an alternate kindle_edition edition.

CissaTop Contributor: Baking
TOP 1000 REVIEWER
4.0 out of 5 stars A somewhat modern "country house" mystery
Reviewed in the United States on March 7, 2020
Verified Purchase
The plotting and pacing is very good!

But- none of the characters were very well-rounded, and so it was not as interesting as it could have ben.

Still- the plot kept me guessing!

Alfred J. Kwak
4.0 out of 5 stars Early work by Julian Barnes
Reviewed in the United States on September 20, 2016
Asked internet after a few chapters: who is this recently-reprinted, eloquently-sarcastic, funny 1980s author Dan Kavanagh (DK), inspirational for Martin Amis and others? Internet said it’s Julian Barnes (JB) and that this is his fourth and final book of a series about a bisexual private eye called Duffy. Today, JB seems to have disowned him, but he allowed a reprint of all four without publicity. JBs many fans will surely pick them up and enjoy them.
Making a name as a serious literary author is a high wire act. JB conducted vast amounts of research for early books he had in mind, but whose outcomes and success were uncertain. Very stressful. Writing his Duffy Quartet was most probably a therapeutic release from the pressure of writing high-minded, intellectually-fulfilling novels where literature’s conventions could be ignored, the British establishment ridiculed and challenged by e.g. weird, new owners of country mansions reading tabloids rather than broadsheets, thus giving the thoughts and ambitions of stupid people a platform.
Finally, this volume begins with a dead dog thrown through the glass windows of one such mansion. Who did it and why? Enjoy! I will also read Dan Kavanagh’s “Putting the Boot in”, about crimes committed at a Third Division football club, possibly modelled on Leicester City, Julian Barnes favourite team in England's Premier League.
Warts & all, never a dull moment.
Read more
One person found this helpful
Helpful
Comment Report abuse

Foster Corbin
5.0 out of 5 stars Billiard Balls, Pocket Pool, Datsun Cherries
Reviewed in the United States on October 27, 2007
In Dan Kavanagh's (aka Julian Barnes) third mystery with Duffy as the ex-cop bisexual British protagonist, the crime is committed at Braunscomb Hall, the country estate of Vic Crowther, a newly rich man with a checkered history, married to Belinda Blessing, who had a successful career in another life exposing not one but both her mammary blessings to an adoring male public (a "topless bird"). Crowther has graciously thrown open his home to a motley crew: Angela, whose biological clock is running away, is engaged to Henry, an ace billiard player who is tied tightly to his mum's apron strings, a woman who probably has lived to be so old only because she is so nasty. When she meets Duffy, she calls him a "shirt-lifter" because of his sexual persuasion. Then there is Jimmy, who pines for Angela, and wanders in and out of the novel wearing a frogman wet suit. Sally and Damian make an interesting couple. They both like their coke but not out of a bottle and engage in one of the funniest, most lascivious escapades with billiard balls in the entire novel-- or in any novel for that matter. Mrs. Colin, a native of the Philippines, is the servant who discovers the body. Taffy is an ex-con into weightlifting and psychobabble. The list goes on. It's a shame that either Robert Altman or John Schlesinger did not make this sophisticated brittle comedy into a fine movie.

With a collection of potty-- I had to look the word up-- characters, the cynical Duffy has his work cut out for him. Some of his observations: "In the real world you married not for love but because someone else would have you." He wonders if there are "marriage enforcers" in the Yellow Pages. He is sometimes tempted by what he calls "upward sexual mobility." He opines that ex-cons, who would not steal dandruff from your collar are jumpy if "crept up on." He describes Angela as a "good-looking woman in need of a ten-thousand-mile service." It is deliciously ironic that Duffy likes to read highbrow restaurant reviews in a country famous for some of the worst cuisine ever tasted, Elizabeth David to the contrary not withstanding. He also gives brilliant interior monologues: example, how what we don't like cannot be simply something we hate; it is now a phobia. I was happy to see Duffy comment that "'all families go way back. I have just as many ancestors as the next man,'" something that Karl Marx said as well.

Paul Atreides
5.0 out of 5 stars A People Piece
Reviewed in the United States on December 7, 2018
The enjoyment of this book is in the description of the interactions between the characters. There is a mystery, but to me the best part is the "people" part. Dead dog thrown through a window, woman abducted, blackmail, pocket pool and some curmudgeon, cranky old and not so old ladies. Easy to keep up with the many characters in the story; no mix and match confusions. I will have to explore this author's other writings under other names.
Read more
Helpful
Comment Report abuse

Miles Prauer
5.0 out of 5 stars The whole. Duffy series (only four books, alas ...
Reviewed in the United States on October 29, 2014
The whole.Duffy series (only four books, alas,) is delightful. I read them first when they came out, unaware that Dan Kavanaugh was a pseudonym.
Read more
Helpful
Comment Report abuse
See all reviews from the United States

andrew
5.0 out of 5 stars English Noir Brilliance 4
Reviewed in the United Kingdom on February 23, 2017
Verified Purchase
The four Duffy books (which I have just bought and read back to back) were definitely not written by Julian Barnes. Over-researched, under-written, of their time, refreshingly unpleasant, aspergery and rude, they get better and funnier as you relax in to them. I'm sure I missed half the jokes in the first few chapter of Duffy, but laughing aloud by the end. A real treat for fans of English Noir. And you can buy them in mint hardback for a penny. Sorry Dan.
Read more
Helpful
Sending feedback...
Thank you for your feedback.
Sorry, we failed to record your vote. Please try again
Report abuse

arty
5.0 out of 5 stars Great book as new
Reviewed in the United Kingdom on October 30, 2019
Verified Purchase
Great book as new bought as a present for my dad
Read more
Helpful
Sending feedback...
Thank you for your feedback.
Sorry, we failed to record your vote. Please try again
Report abuse

George
3.0 out of 5 stars Good laugh
Reviewed in France on November 29, 2019
Verified Purchase
An entertaining book written by someone before he became a famous successful author.It has the signs of someone whose potential is there despite dealing with a light but highly entertaining story.read it during summer vaccations
Read more
Helpful
Sending feedback...
Thank you for your feedback.
Sorry, we failed to record your vote. Please try again
Report abuse