Add to Cart
$13.22
+ Free Shipping
Sold by: Sean Franklin St
Have one to sell?
Sell on Amazon 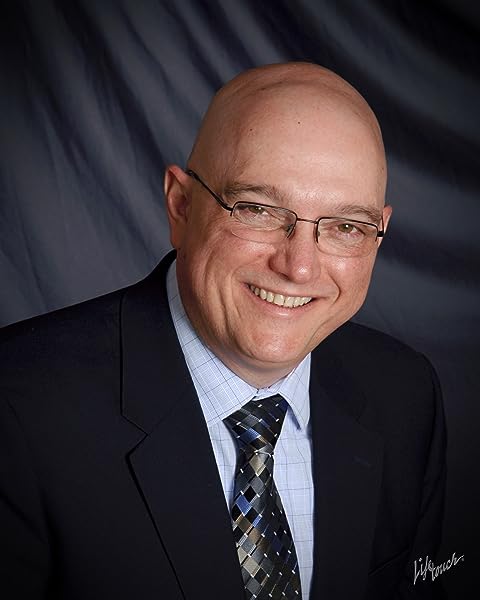 Going Red: The Two Million Voters Who Will Elect the Next President--and How Conservatives Can Win Them Hardcover – April 12, 2016

by Ed Morrissey (Author)
4.4 out of 5 stars 17 ratings
See all formats and editions Hide other formats and editions
Read more Read less
Inspire a love of reading with Prime Book Box for Kids
Discover delightful children's books with Prime Book Box, a subscription that delivers new books every 1, 2, or 3 months — new customers receive 15% off your first box. Learn more.
click to open popover

"In "Going Red: The Two Million Voters Who Will Elect the Next President--and How Conservatives Can Win Them," Ed Morrissey presents the results of his visits to seven swing counties in seven swing states to listen to voters, learn what moves them, and ascertain what they seek in a presidential candidate. ... Morrissey's main findings are compelling." -- Peter Berkowitz, Real Clear Politics

Ed Morrissey has been writing about politics in his blog, Captain’s Quar­ters, since 2003 and most recently on HotAir.com, where he blogs and hosts a talk show. He is a columnist for The Week and The Fiscal Times, and his writing has appeared in the Washington Post, the New York Post, the New York Sun, the Washington Times, and other newspapers. A former weekend radio-show host in the Minneapolis/Saint Paul area, Morrissey now often guest hosts Salem Radio Network’s nationally syndicated shows and on the Relevant Radio Network.

The Curmudgeon
5.0 out of 5 stars GOOD NEWS FOR TRUMP
Reviewed in the United States on May 5, 2016
Verified Purchase
This book shows how the 2012 presidential race was much closer than indicated by electoral votes, which Obama won 332 to 206. A better indicator is that he got only 51 percent of the vote.

If just 100,000 voters had switched to the Republican candidate in each of the following states, Romney would have won: OH, FL, VA, CO. Three of these states included four which Obama managed to win, even though they had Republican governors and state legislatures: OH, FL, VA, WI. The only change now would be that VA has a Democratic governor. Presently Republicans control the governorships and state legislatures in 31 states, which have 315 electoral votes, with 270 necessary to win.

Morrissey goes further in identifying seven key swing counties in seven key swing states: FL, OH, NC, VA, WI, CO, NH. These counties represent two million voters and the states have 90 electoral votes, which would have given Romney victory. Except for Hamilton County in Ohio, these are mostly growing counties with many transplants moving there for work. These transplants generally are not ideological and are looking for practical solutions to their problems. In addition to being pragmatic, these people are looking for optimism and empathy for their problems.

While this book was finished just before Trump became the inevitable Republican nominee, it is apparent he can fulfill these objectives. He is certainly pragmatic, which is why he defeated all the experienced politicians. He also projects an optimistic message that this country's decline can be reversed. Finally, he shows empathy for the people, instead of following obsolete and self-defeating positions based on the idea that rigid principles matter most.

WearyReader
5.0 out of 5 stars Practical, fascinating, and encouraging
Reviewed in the United States on August 13, 2016
Verified Purchase
I bought this book because I generally enjoy Ed Morrisey’s blog postings and I am mystified at how self-defeating the Republican efforts to reign in “progressive” over-reach have been. Morrisey selected seven counties in swing states that went from Republican to Democrat over the past three presidential elections. He intereviewed a variety of voters and politically active people from different segments of the electorate and finds themes in their opinions that lead recommendations for regaining the votes of Independents and Republicans who either didn’t vote or voted Democrat.

The book is well organized, easy to digest, and fairly optimistic regarding Republican chances to retake the presidency. However, Morrissey did these interviews before the Republican primaries. Now that we have nominated Trump (Clinton’s nomination was seen by the author correctly as a foregone conclusion), it seems almost quaint to suggest that politicians at the national level stop demonizing their opponents and give practical positive messages about what they’ll do to solve problems.

Morrissey’s overriding theme is “all politics is local”, and he does a masterful job of showing the rich variety of issues and backgrounds that lead each of these selected counties to become what they are today. I enjoyed the book as much for its slices of American real life as for its political insights.

It’s a worthwhile read, not least because of his important suggestion that conservatives find ways to turn their outrage over “progressive” policies into positive messages that translate conservative principles into practical solutions for local problems.

Sean Hackbarth
4.0 out of 5 stars Here's how to win a presidential election
Reviewed in the United States on May 7, 2016
Verified Purchase
If you're a normal presidential candidate, Ed Morrissey's book would offer tactical advice. However, we're living in unusual times.

Nevertheless, Ed's book has insights and lessons for conservatives and Republicans: Don't get too abstract; be a problem solver; actually care about the people you're asking to vote for you.

It's important stuff even if this might not be the time when it's employed.

Ian Moore
5.0 out of 5 stars Welcome to slavery
Reviewed in the United States on August 21, 2018
Verified Purchase
Obama's comment 'in order to get out of debt, we have to spend more'is why people believe that their leaders are not looking after their interests. But it does sum up the progressives doggedness to drive people into debt slavery. This book I hope is a wake up call to fight back for their values, beliefs and fair play before it is too late.
Read more
Helpful
Comment Report abuse

James A Lansky
4.0 out of 5 stars Interesting but.....
Reviewed in the United States on August 28, 2016
Verified Purchase
Interesting analysis especially because I live in Colorado one county west of Jeffco and my sister lives one county to the north of Prince William in NOVA. Obviously this book was written before Trump became the nominee. With Trump as the Republican nominee, all conventional wisdom goes out the window. The political pundits have missed time and time again during this election cycle. Nonetheless, I found the book interesting since I'm a political "junkie." Unfortunately, I am awaiting the presidency of Hillary Clinton with total dread.
Read more
Helpful
Comment Report abuse

RBreeze
5.0 out of 5 stars Nowhere else is this info available in such a concise read!
Reviewed in the United States on August 25, 2016
Verified Purchase
Very intersting read as author did lots of historical and current research into the area's that will elect the next POTUS.
I kept thinking,why do people escape one state and then bring their politics to the adopted state and change it into what they left ?
The author did not address that question and the contents did not have any political idealogy attached.
Read more
Helpful
Comment Report abuse

Kathy
4.0 out of 5 stars Worth the read!
Reviewed in the United States on May 20, 2016
Verified Purchase
Well written book with great insights no matter what your political beliefs are.
Read more
Helpful
Comment Report abuse

Lane Kagey
4.0 out of 5 stars How local politics can affect national outcomes in the U.S.
Reviewed in the United States on April 24, 2016
Verified Purchase
Ed has done his research. This book delves rather well into the details of some swing vote neighborhoods across the U.S. that have affected the outcome of national elections over the last generation. He has done the hard research of talking to people in these neighborhoods to better understand what is driving the dynamics of their election choices. For those interested in studying how national politics is being impacted at the local level, whether you are a republican, a democrat or a libertarian, I think this book provides some great information and great food for thought.
Read more
3 people found this helpful
Helpful
Comment Report abuse
See all reviews

Page 1 of 1 Start overPage 1 of 1
This shopping feature will continue to load items when the Enter key is pressed. In order to navigate out of this carousel please use your heading shortcut key to navigate to the next or previous heading.
Back
Next
Pages with related products. See and discover other items: going green