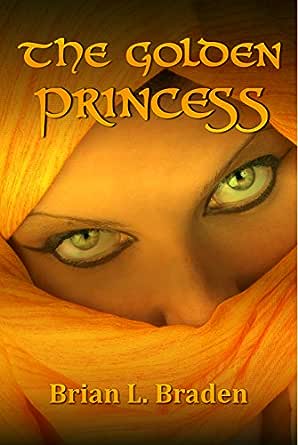 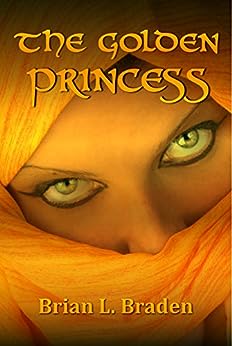 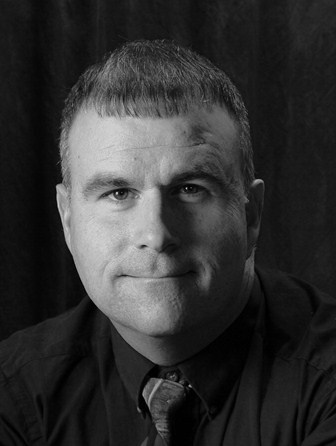 4.6 out of 5 stars
4.6 out of 5
7 customer ratings
How does Amazon calculate star ratings?
Amazon calculates a product’s star ratings based on a machine learned model instead of a raw data average. The model takes into account factors including the age of a rating, whether the ratings are from verified purchasers, and factors that establish reviewer trustworthiness.
Top reviews

Katie French
5.0 out of 5 stars Don't miss this book
Reviewed in the United States on July 16, 2016
Verified Purchase
While I don't normally read fantasy books, this book had me enthralled. It is a unique departure from your typical fantasy book in that it does not spend page upon page world-building. However, you can tell right from page one that the author knows this world inside and out. The details are so luscious and fleshed out without being heavy handed or bogging down the pace. The characters feel like real people in precarious situations. I felt for Sarah and her family and really cheered for them throughout the book. There is plenty of hardship to share around, and each turn of the page kept me guess on what the outcome might be for the golden princess. The book strikes a good balance between action and some romantic heat. It keeps you turning pages throughout. I would definitely recommend this book and the others in the series. With such high quality writing for such a low price its a no-brainer.
Read more
5 people found this helpful
Helpful
Comment Report abuse

Robert DeFrank
4.0 out of 5 stars Excellent prequel, better starting point
Reviewed in the United States on August 11, 2016
Verified Purchase
Braden takes us back to the rich and wicked city of Hur featured in Black Sea Gods and Tears of the dead, with this prequel, where we learn the origins of Sarah and Ezra, brother and sister born to a noble house, soon to lose all but their lives and definitely their hope for the future, to treachery. The setting only seen briefly in the other books is now on full display as our hunted heroes flee and hide through all its strata.

While I appreciated the grim intensity of the story, it suffers from the fact that the ending is a foregone conclusion, at least for me, having read the other books. It is, however, an excellent entry point into the series, a fast-paced fantasy set in the ancient world.
Read more
One person found this helpful
Helpful
Comment Report abuse

JAT7701
5.0 out of 5 stars ANOTHER GREAT READ
Reviewed in the United States on September 11, 2016
Verified Purchase
As always, your books are rich and fulfilling. Once I picked it up, I couldn't put it down. It captured my attention from the first paragraph. You're characters are real and fully fleshed out. I loved losing myself in this beautiful story set in Fu Xi's world. I can't wait for the next one.

Keep writing ,Brian, it's what you're meant to do.
Read more
2 people found this helpful
Helpful
Comment Report abuse

Donna C
3.0 out of 5 stars Good story but short on world.
Reviewed in the United States on November 5, 2016
One thing I expect from historical fiction novels like this one is for the setting to be its own character. In my mind it has to be. That’s the only way for the story to come alive, to really immerse the reader in the world they’re reading about. Otherwise it’s just a backdrop and the time in which it was set becomes insignificant. That’s what I feel like happened here.

It’s a pretty good story, with incredibly compelling characters. The blurb is a bit of a misnomer, though. It’s not just Sarah’s story. The POV shifts between her, her brother, some slave owners, Sarah’s mom. It’s all over the place but it comes together cohesively. The story doesn’t come off scattered and it provides different perspectives of the same event that helps with the setting a little more.

But I’m really grasping at straws when it comes to the world. It just was’t fleshed out enough for me. I’m a big Michelle Moran fan, if that gives you any indication of what I expect with my historical fiction. I also just read WRITTEN IN THE ASHES by Kaia Van Zandt, who writes along the same lines as Moran. Incredibly detailed, making the world pop off the page. I’m a world whore anyway. I like my worlds to be their own characters. But doubly so for historical fiction. That wasn’t the case with THE GOLDEN PRINCESS and it really dampened its overall effect for me. I don’t feel like it watered down the story, but it certainly didn’t shine like it could have with the development of Sarah and Ezra’s surroundings. There was a little, but not nearly enough.

The editing wasn’t spectacular either. I’ve seen far worse but what really stood out was multiple instances of using ‘peak’ when it’s supposed to be ‘peek’ (serious pet peeve on that one and it happened A LOT) and inconsistent pluraling using apostrophes. Really glaring on those. And I wasn’t a fan of the phonetic street talk that the urchins had. Really slowed down pacing for me.

The ending is a major issue and I really hate it when books do this. The plot is not resolved at the end. THE GOLDEN PRINCESS is part one. If you want to find out what happens you need to read the next book. I need some resolution in an ending, even if it’s just one thread (and the major one). Nothing. Everything’s in upheaval, shenanigans ensue. Read the next book for more. No. I can’t.

I think THE GOLDEN PRINCESS could have been really good. The plot was definitely captivating and the characters were well developed and went through some great growth throughout the story. But there wasn’t enough world and the story didn’t actually end. It’s a short book. My digital copy came out to just over 200 pages. There was plenty of breathing room there to give the world more flesh and get just a shred of resolution at the ending instead of leaving it all hanging out. The good and the bad just cancelled each other out here.

I received a copy of this book from the author in exchange for an honest review.
Read more
Helpful
Comment Report abuse
See all reviews from the United States

D.Z.C.
5.0 out of 5 stars Air-time for the bad guys
Reviewed in the United Kingdom on January 5, 2017
Verified Purchase
So, first things first: this is a spin-off of the Fu Xi books, but you don't actually need to have read them to know what's going on.

And I enjoyed it, if anything, more than the main story arc... Pretty much because I'm a sucker for bad guys and for dark, dangerous citizes, and this focuses on both. Not only do we get to meet the awesome Virag again (my favourite character from the series - please don't let him be reformed and become a good guy at the end), but we find out a bit more about the shady goings on in Hur-ar, and finally see Ashtoreth - kicking ass, worshiping the Black Dragon and beheading people at random.

(There are some good guys too, but I'm all about the baddies.)
Read more
Helpful
Sending feedback...
Thank you for your feedback.
Sorry, we failed to record your vote. Please try again
Report abuse

M. Paton
5.0 out of 5 stars Beautifully written and engrossing.
Reviewed in the United Kingdom on July 20, 2016
Verified Purchase
What a beautifully woven backstory. I read this several days ago, and having discovered Sarah's origins, and the terrible events that led to her enslavement, I felt compelled to re read books 1 and 2 of The Chronicles of Fu Xi, The Black Sea Gods, and Tears of the Dead.
Again, categorising this to a specific genre would defeat me, as it's so all encompassing. A must read!
Read more
Helpful
Sending feedback...
Thank you for your feedback.
Sorry, we failed to record your vote. Please try again
Report abuse

Adele
5.0 out of 5 stars Excellent!
Reviewed in Canada on October 10, 2016
Verified Purchase
Best in the series so far! Loved it.
Read more
Helpful
Sending feedback...
Thank you for your feedback.
Sorry, we failed to record your vote. Please try again
Report abuse