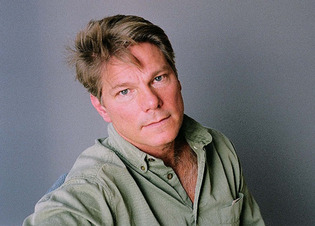 The Golden Spruce: A True Story of Myth, Madness, and Greed Paperback – Illustrated, May 17, 2006

“Worthy of comparison to Jon Krakauer’s Into the Wild. . . . A story of the heartbreakingly complex relationship between man and nature.”
- Entertainment Weekly

“John Vaillant has written a work that will change how many people think about nature.”
- Sebastian Junger, author of The Perfect Storm

“This tragic tale goes right to the heart of the conflicts among loggers, native rights activists, and environmentalists, and induces us to more deeply consider the consequences of our habits of destruction.”
- Donna Seaman, Booklist

“Vaillant interlaces a well-reported murder mystery with elegantly spun cultural and native history, conjuring the spooky mood of the Northwest forests with the clarity of David Guterson or Jonathan Raban.”
- Bruce Barcott, Outside

“Make some more space on the shelf of Essential Northwest Books. John Vaillant has crafted a debut book that is a stunning look at this region's history and environment.”
- John Marshall, Seattle Post-Intelligencer

In the tradition of Krakauer's Into the Wild, The Golden Spruce tells an astonishing true story of a furious man's obsessive mission against an industrial juggernaut, the struggle of the Haida people to save their world, and the mysterious golden tree that binds them all together.
When a kayak and camping gear are found on an uninhabited Alaskan island just north of the Canadian border, they re-ignite a mystery surrounding a shocking act of protest that made international news. On a winter night in 1997, a logger-turned-activist named Grant Hadwin plunged into the frigid waters of the Yakoun River in the Queen Charlotte Islands, towing a chainsaw behind him. When he was done, a unique spruce tree -- 50 meters tall and covered with luminous golden needles -- was teetering on its massive stump.
The tree, which baffled scientists, was sacred to the Haida on whose land it had stood for over 300 years. It was also beloved by local loggers who singled it out for protection in the midst of vast clear cuts. Since the 1970s, the mist-shrouded archipelago -- one of the continent's most pristine and vibrant ecosystems -- has been a battleground with government officials and logging companies squaring off against the Haida and environmental groups. The loss of the mythic golden spruce united loggers, natives and environmentalists in sorrow and outrage. But while heroic efforts were made to revive the tree, Grant Hadwin, the tree's confessed killer, disappeared under suspicious circumstances.
John Vaillant's article on the death of the golden spruce was published in 2002 in "The New Yorker, and this book has grown out of it, dramatizing the destruction of a deeply conflicted man and thewilderness he loved; in so doing, it traces the rise, fall and rebirth of the Haida nation, and exposes the logging industry -- the most dangerous land-based job in North America -- from a point of view never explored in contemporary non-fiction.

"To look at this seedling -- if one could see it at all -- and believe that it had every intention of growing into one of the towering columns that blot out so much of the northwestern sky, would have seemed far-fetched at best. In its first year, the infant tree would have been about two inches tall and sporting a half dozen or so pale green needles. It would have been appealing in the same abstract way that baby snapping turtles are, its alien appearance transcended by the universal indicators of wild babyhood: utter helplessness and primordial determination in equal measure. Despite its bristling ruff and a stem as straight as a sunbeam, the seedling was still as vulnerable as a frog's egg; a falling branch, the footstep of a human or an animal -- any number of random occurrences -- could have finished it there and then.
Down there, in the damp darkness of the under story, the sapling's wonderful flaw was a well-kept secret. With each passing year, it dug its roots deeper into the riverbank, strengthening its grip on life and on the land. In spite of the odds, it became one of a handful of young trees that would survive to shoulder their way into the sunlight, competing with giants a dozen feet wide and hundreds of feet tall. In the end, it would be the sun that exposed this tree's secret for all to see and, by the middle of the 1700s, it would have been abundantly clear that something extraordinary was growing on the banks of theYakoun. It was a creature that seemed more at home in a myth or a fairy tale: a spruce tree with golden needles.
--excerpt from The Golden Spruce

John Vaillant has written for The New Yorker, the Atlantic, Outside, National Geographic Adventure, and Men’s Journal, among others. He lives in Vancouver, British Columbia. The Golden Spruce is his first book.
Read more

Page 1 of 1 Start overPage 1 of 1
This shopping feature will continue to load items when the Enter key is pressed. In order to navigate out of this carousel please use your heading shortcut key to navigate to the next or previous heading.
Back
Next
Pages with related products. See and discover other items: mentor text