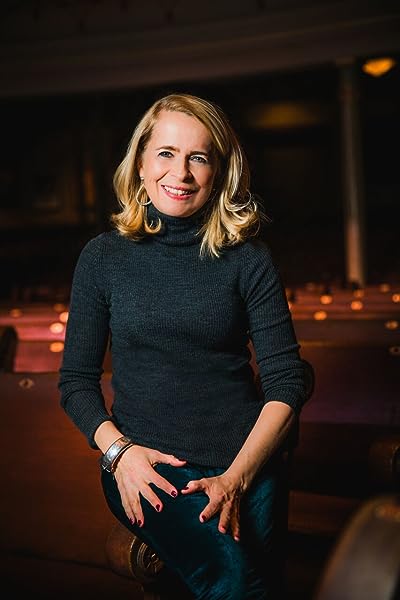 PreS-Gr 2—This satisfying tale, based on true events, is about three children, three goldfish, and their summer adventures. An unused fountain in New York City, which had been neglected for many years, is suddenly cleared of garbage and spruced up. One June day, the children see a posted sign: "Coming in Two Weeks! Calling All Goldfish Looking for a Summer Home." The fountain is now ready to offer goldfish, donated temporarily by neighborhood children, a chance to enjoy a vacation, to mingle with their own kind, and swim outside the confines of a fish bowl. The three youngsters—H., Little O, and Baby Em—with assistance from a volunteer overseeing the project, deposit their fish—Barracuda, Patch, and Fiss—in the fountain as do other "goldfish parents." What had been an area eyesore becomes a place for neighbors to gather and children to play while visiting their pets. The illustrations, done in pencil and Adobe Photoshop, have a clean, uncluttered appeal with plenty of white space as background. VERDICT This cheerful and charming tale is a great selection for one-on-one sharing and for vacation-themed storytime.—Maryann H. Owen, Oak Creek Public Library WI

Sally Lloyd-Jones is the author of the New York Times bestseller How to Be a Baby . . . by Me, the Big Sister and its companions, How to Get Married . . . by Me, the Bride and How to Get a Job . . . by Me, the Boss. She has written many other books for children, including Poor Doreen and The House That's Your Home. She spent her childhood in Africa and England and now lives in New York City. Visit her at sallylloyd-jones.com, or on Twitter @sallylloydjones.

Leo Espinosa received the Founder's Award from the Society of Illustrators for Jackrabbit McCabe and the Electric Telegraph, which was also a Bank Street College of Education Best Book of the Year. His illustrations have graced the pages of the New Yorker, Wired, Esquire, and the New York Times, among many other publications. He is also a commercial artist whose work can be seen on toys, games, stationery, and clothing. Originally from Bogotá, Colombia, he lives with his family in Salt Lake City. Learn more at studioespinosa.com.

Start reading Goldfish on Vacation on your Kindle in under a minute.

5.0 out of 5 stars
5 out of 5
69 global ratings
How are ratings calculated?
To calculate the overall star rating and percentage breakdown by star, we don’t use a simple average. Instead, our system considers things like how recent a review is and if the reviewer bought the item on Amazon. It also analyzes reviews to verify trustworthiness.
Top reviews

Stories by Storie
5.0 out of 5 stars A Great Read Aloud!
Reviewed in the United States on October 16, 2019
Verified Purchase
Sometimes a book comes along that just makes me smile and reflect on the memories of a childhood summer spent playing outside with my friends in the neighborhood. This is one of those books!⁣⁣ I think my favorite part is the walk home from the park with the kids questioning if they have the right goldfish! I mean... But I also love that this picture book includes an introduction. Such a great feature as a mentor text for writing! Have you read this one?⁣⁣
Read more
One person found this helpful
Helpful
Comment Report abuse

MusicMomTX
5.0 out of 5 stars Instant Classic
Reviewed in the United States on May 9, 2018
Verified Purchase
This heartwarming story, based on real events, is gently and sweetly worded by Sally Lloyd-Jones and beautifully illustrated. The inspiring history behind this book tells a story of making things beautiful around you and doing what you can to bring joy into your world. The innocent and vintage-feel illustrations fit this story perfectly. I have immediately placed this book on our "classics" shelf. This is one to own and read over and over. Thank you, Sally Lloyd-Jones!
Read more
4 people found this helpful
Helpful
Comment Report abuse

Harris Family
5.0 out of 5 stars Perfect for summer! 🌞
Reviewed in the United States on June 4, 2019
Verified Purchase
Such a perfect summer read aloud! The illustrations are so bright & cheery. The story is the perfect length for reading before bedtime after a day spent enjoying summer weather.
Read more
One person found this helpful
Helpful
Comment Report abuse

Jessica Fritz
5.0 out of 5 stars Outstanding Children’s Book
Reviewed in the United States on June 30, 2019
Verified Purchase
My children adore this book. It is a wonderful read about a “completely true, made up, story”. The infectious joy and imagination this story brings to life is a thrill to watch as children discover the magic of community through it’s sweet illustrations and well paced text. We have purchased this book several times over to share with friends.
Read more
One person found this helpful
Helpful
Comment Report abuse

g
5.0 out of 5 stars How one man dedicated to his job makes a difference in his city
Reviewed in the United States on July 6, 2018
Verified Purchase
I love everything about this delightful book about pet fish. Based on a true story.
Read more
2 people found this helpful
Helpful
Comment Report abuse

SF Foodie
5.0 out of 5 stars Delightful Story and Illustrations
Reviewed in the United States on July 4, 2019
Verified Purchase
This book is one of SLJ's best books. The story was charming and we took it to a park with a Koi pond to read.
Read more
2 people found this helpful
Helpful
Comment Report abuse
See all reviews

Flossie
5.0 out of 5 stars Illustration
Reviewed in the United Kingdom on August 6, 2018
Verified Purchase
I bought this on behalf of my son who is an illustrator, he had seen it and said he would like it. He seems very pleased with the book.
Read more
Report abuse
See all reviews

Page 1 of 1 Start overPage 1 of 1
This shopping feature will continue to load items when the Enter key is pressed. In order to navigate out of this carousel please use your heading shortcut key to navigate to the next or previous heading.
Back
Next
Pages with related products. See and discover other items: new york city picture books for children, funny history books, summer books for kids