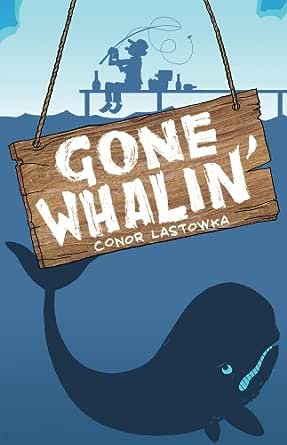 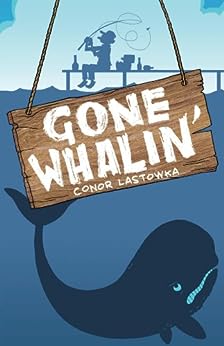 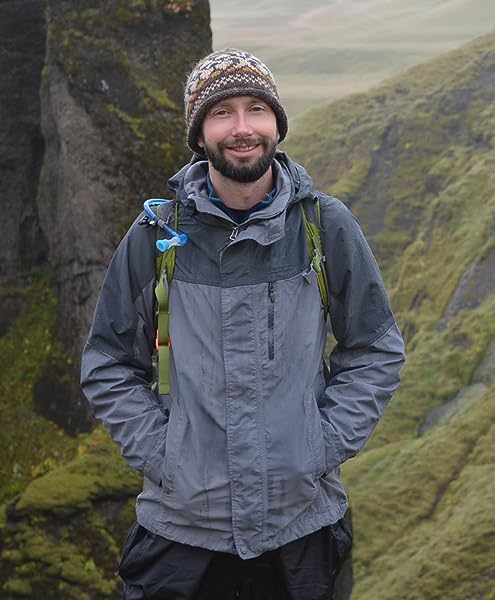 Conor Lastowka has worked as a writer for RiffTrax.com, the web incarnation of Mystery Science Theater 3000, since 2006. In addition to writing jokes about modern blockbusters, old b-movies, and comically outdated educational shorts, he has been a writer-producer on several RiffTrax Live events broadcast nationwide, and performs as the voice of DisembAudio on RiffTrax MP3s. He is also one of the editors of the blog [Citation Needed] which collects the best of Wikipedia’s worst writing. He has co-authored two volumes of [Citation Needed] books riffing on hilariously bad Wikipedia writing, and produced and written a season of podcasts expanding some of the all-time worst Wikipedia entries into skits. He lives in San Diego with his wife Lauren. Gone Whalin’ is his first novel.

4.0 out of 5 stars
4 out of 5
42 customer ratings
How does Amazon calculate star ratings?
Amazon calculates a product’s star ratings based on a machine learned model instead of a raw data average. The model takes into account factors including the age of a rating, whether the ratings are from verified purchasers, and factors that establish reviewer trustworthiness.
Top Reviews

Andrew McCaffrey
VINE VOICE
5.0 out of 5 stars Gone whalin' instead of just a-failin'
Reviewed in the United States on June 1, 2014
Format: Kindle EditionVerified Purchase
I am familiar with Conor Lastowka's work on Rifftrax as well as the many humorous posts he makes on Twitter. So while I knew he could fire off some funny one-liners (contained within a 140 character limit), I was curious to see if his wit could be sustained for a 600+ page novel that encompasses two centuries, two very different settings and over half a dozen main characters. Happily, this was in fact the case. Short riffs turned into longer passages and recurring jokes. Clever turns of phrase become more developed narratives. And the entire six hundred and thirty-eight pages were a delight and a joy to sail through.

I usually try to give some sort of a plot summary in a review, but in this case I wouldn't like the pleasant madness of Gone Whalin' unfolding storyline to be spoiled. It's enough to know that the protagonist is an average, slightly-stoned/drunk college kid, Cormac McIlhenney, who inexplicitly wakes up on alternate days in the belly of a 19th century whaling ship, leaving his unconscious body resting in the present day.

The parts of the book that were so appealing to me were the strange dual little universes that Lastowka creates. I loved the university setting with its joyfully corrupt dean, its spineless board, its population of stoners, minor drug dealers, painfully slacking students and opportunistic cult members. The section where Cormac, his roommate and the college dean visited a local dive bar ended up being where I first learned how to use my Kindle's highlight function, because several of the passages were wonderfully and perversely funny, and needed to be remembered.

The other half of the book -- the adventures on-board the whaling ship -- is equally entertaining and enjoyable. That universe also has a fun cast of characters, who -- like the fellows in the present day -- are presented almost as over-the-top caricatures, but never as lazy or dull cliches.

There's something that reminded me of Douglas Adams about the book. I appreciated the way Lastowka initially presents an absurd premise but then sticks with it and drags every last possible drop of humor from it. His prose also had faint reminders of Adams, although with far more emphasis on whale penises than the Hitchhiker's author ever attempted.

Gone Whalin' is Conor Lastowka's first novel, but it certainly has the self-assurance of a work from a more mature writer. It has a casual and confident style which made it easy to jump in and out of. I'm looking forward to Lastowka's next novel. And if they ever film the movie version of Gone Whalin', I pray that Karl Welzein is available to play Captain Anson.

Joshua J. Slone
5.0 out of 5 stars By rounding this review to 5 stars instead of 4 am I being too much of a Brock?
Reviewed in the United States on November 25, 2013
Format: Kindle EditionVerified Purchase
I've enjoyed Conor's work for some time. First knowing him as the RiffTrax guy to NOT get his start at MST3K, then from humorous blog posts, and later from audio sketches written and performed for a podcast. A novel, though, can't fall back on poking fun at someone else's silly creation, or only having to maintain an interesting concept for a few minutes before running its course. However, I'm glad to report that this long-form work turned out pretty good too.

Gone Whalin' splits its time between crazy events in two time periods the main character Cormac switches between every other day. In the past he finds himself surprisingly ept among an inept crew of whalers led by an incompetent captain heavily assisted by a competent ex-slave. In the present he's basically a loser surrounded by even bigger losers. Several of these losers who have reason to believe Cormac is being truthful try to take advantage of the situation by turning unconscious Cormac into a sort of sideshow attraction, while trying to keep him from realizing what's going on.

The title of the book emphasizes the whaling side, but I might prefer reading about the people surrounding unconscious Cormac. The roommate who decides towel-only is the next step in clothing. The incredibly unscrupulous school dean trying to prevent one of the few ways he can get fired. The cult that forms around Cormac. The mysterious cool dogs in sunglasses who are the life of the party. I want more people to read this book so I can say things like "By rounding this review to 5 stars instead of 4 am I being too much of a Brock?" and actually be understood.

The length--over 600 pages in print--is a blessing and curse. The pacing can seem off. There's a section that in another book I'd swear would be the climax, but in Gone Whalin' was about the halfway point. Then the real ending kind of snuck up on me without a lot of warning other than running out of pages. Rarely does the narrative seem to drag, though, so it's hard to be too hard on what are essentially extra hundreds of pages of fun content over the average book.
Read more
2 people found this helpful
Helpful
Comment Report abuse

James N Simpson
5.0 out of 5 stars Fun Read!
Reviewed in the United States on February 7, 2015
Format: Kindle EditionVerified Purchase
The cover artwork attracted me to this one, it shouted out fun read that probably won't take itself too seriously, and that's exactly what I found on the pages inside. If you are after a realistic adventure set in whaling times then you've come across the wrong book, if you are after a fun surreal world full of eccentric characters, then you're in the right place. The basic plot revolves around a university dead beat who wakes up one morning on a whaling ship where the smartest guy is a slave who besides mopping the decks, pretty much runs the ship, even though the inept captain thinks he does. Meanwhile Cormac's unconscious body lies on his bed in his room while his roommate who wears only a towel all the time has discovered that if someone pears in Cormac's ear they can see what he does while in the alternative time/dimension. With the help of a lazy unethical bully dean, the two come up with a plan to exploit the situation and obtain their own goals.

The novel was a fun read, if you like authors such as Dave Barry, Bill Fitzhugh, Carl Hiaasen you should definitely give this a go!
Read more
One person found this helpful
Helpful
Comment Report abuse
See all reviews from the United States

Stephen Cross
5.0 out of 5 stars Wow!
Reviewed in the United Kingdom on October 19, 2017
Format: Kindle EditionVerified Purchase
Wow! Love this book! Kind of long but that's a GOOD thing! Layers. In the style of Off To Be The Wizard and Death Rat! If you like those or the jokes in Rifftrax buy this book!
Read more
Helpful
Sending feedback...
Thank you for your feedback.
Sorry, we failed to record your vote. Please try again
Report abuse