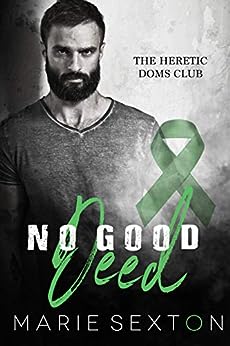 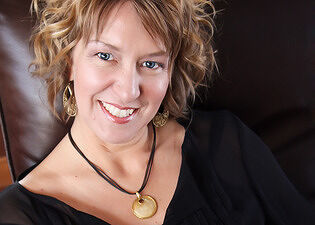 by Marie Sexton (Author) Format: Kindle Edition
Book 4 of 4: Heretic Doms Club
See all formats and editions
Sorry, there was a problem loading this page. Try again.
Charlie Garcia has spent his life helping others. For years, he’s provided free healthcare for his neighbors and served as a counselor for his friends and their partners. He loves being the go-to guy, except when it results in him falling for the wrong man. Now, six years later, the one who got away is back in Denver to donate a kidney, and he has a request – he wants Charlie to marry him long enough to serve as medical power of attorney. Charlie’s happy to help, but in addition to a surprise fiancé, he suddenly has two huge problems: a neighbor with a grudge who wants to ruin his career, and a secret that may destroy his friendship with Warren, Phil, and Gray. Bonus Content: Includes three new Heretic Doms Club vignettes. 20% of the author’s proceeds from ebook sales will be donated to the National Kidney Foundation.
Read more
Previous page
Next page
Kindle e-Readers
Fire Tablets
Fire Phones
Free Kindle Reading Apps
Available on these devices

Limited-Time Offer
Join Audible Premium Plus for 60% off. Get this deal
Books In This Series (4 Books)
Complete Series
Heretic Doms Club
Kindle Edition
Page 1 of 1Start OverPage 1 of 1
Previous page
Next page

Marie Sexton’s first novel, Promises, was published in January 2010. Since then, she’s published over thirty novels, novellas, and short stories, all featuring men who fall in love with other men. Her works include contemporary romance, science fiction, fantasy, historicals, and a few odd genre mash-ups. Marie is the recipient of multiple Rainbow Awards, as well as the CRW Award of Excellence in 2012. Her books have been translated into six languages.

Marie lives in Colorado. She’s a fan of just about anything that involves muscular young men piling on top of each other. In particular, she loves the Denver Broncos and enjoys going to the games with her husband. Her imaginary friends often tag along. Marie has one daughter, two cats, and one dog, all of whom seem bent on destroying what remains of her sanity. She loves them anyway.

The very best way to stay up-to-date on Marie's releases is by joining her (drama-free) FB group: https://www.facebook.com/groups/MarieSextonFans

Jen O'C
4.0 out of 5 stars Jonas
Reviewed in the United States 🇺🇸 on April 13, 2022
Verified Purchase
I loved Charlie from the first book on, Jonas, not so much. But we never got to hear his side of the story. Finally, Charlie gets his HEA.
Read more
Helpful
Report abuse

Leslie Zak
5.0 out of 5 stars Series final mm romance
Reviewed in the United States 🇺🇸 on October 25, 2020
Verified Purchase
This series covers four best friends and fellow doms. Six years ago they all broke up with their respective subs and declared themselves failed or rather heretic doms. Each book follows a different dom finding not only themselves but love with a new sub. It's possible to read each book alone but the continuity works better in order. This book is the story of Charlie and Jonas who have loved each other for the last six years but never acted on it because Jonas has been the sub who left one of the original doms plus he had moved away. That dom, Gray is newly married but still feels betrayed that Charlie loves Jonas. Jonas returns because his sister died waiting for a new kidney. He came back to donate a kidney and wants Charlie to marry him so he can be with him in the hospital. This whole situation upsets the three other doms and their subs. There is danger, police involvement, angst, lots of sex and love and friendship. There are a few short bonus stories that increases the enjoyment of this book and the series. Loved this book and I highly recommend it.
Read more
One person found this helpful
Helpful
Report abuse

MLKito
5.0 out of 5 stars Finally Charlie’s story!
Reviewed in the United States 🇺🇸 on June 27, 2020
Verified Purchase
I’ve wanted to know more about Charlie and this book you learn all.
I loved how this book was laid out and how slowly but surely both characters became more themselves. The love between them was very strong and apparent.

Side note 📝:Sounding is something that fascinates me and this has sone great sounding scenes.

All the other characters from the previous books are here (obviously) and I am SO glad we got to see everyone from all sides. It was FAB to get those extra scenes at the end. Amazing really!

I have truly loved this series and getting to know all these complex and wonderfully not normal characters. I love that kinks and story come together in perfect harmony in this series!
Read more
2 people found this helpful
Helpful
Report abuse

jaffacake
3.0 out of 5 stars Weakest in series...why are all the Alphas/Doms turning boring?
Reviewed in the United States 🇺🇸 on June 24, 2020
Verified Purchase
This 1st book in series is excellent, following 2 are good, this last one is lacking. I liked Charlie in the earlier books, but he comes off as weak and a bit boring in this. I don't really feel the chemistry between the MCs, he doesn't come off as a believable Dom (even the Daddy sort) and worst of all - spoiler - is Charlie deciding not to continue treating poor people in need privately as he has been through series. The reason is understandable, but - along with Warren from book 1 giving up his vigilante justice thing, and Gray no longer being a cop ... it seems like all the strong hero Alpha males have become quite weak and boring by the end of the series. Usually enjoy this author though so will continue to auto buy future releases.
Read more
3 people found this helpful
Helpful
Report abuse

Kindle Customer
4.0 out of 5 stars A lovely end to the series
Reviewed in the United States 🇺🇸 on January 20, 2021
Verified Purchase
I loved the MC's and their sweet love for each other. They were two men finding each other finally and enjoying that relationship.
Read more
Helpful
Report abuse

AvidReaderLovesMMbooks
5.0 out of 5 stars Worth the wait!
Reviewed in the United States 🇺🇸 on July 12, 2020
Verified Purchase
I didn't think this book would ever release, I've wanted this story since book one and it does not disappoint! The twist of the secondary MC be a surprise return of a previously mentioned sub is just delicious. This is my favorite book of the series, bar none.
Read more
One person found this helpful
Helpful
Report abuse

Lunamoon
5.0 out of 5 stars The last of 4 stories
Reviewed in the United States 🇺🇸 on August 26, 2020
Verified Purchase
No Good Deed is a perfect conclusion to the series of the Heretic Doms Club and Charlie’s story ties it up a perfect knot.
Read more
One person found this helpful
Helpful
Report abuse

Lisa Perez
5.0 out of 5 stars Great conclusion to the series
Reviewed in the United States 🇺🇸 on December 27, 2021
It was great to see Charlie, the last of the four Dom friends, get his story. He was always a support and confidant to the others in their books. As a twist in this book, Gray's ex, Jonas reappears after six years and reconnects with Charlie. Can the four Doms and their four subs keep the solid group dynamics and friendship circle cohesive with this new wrinkle? Will Charlie get his HEA, too? This fourth book is a great finish to the series with a very satisfying conclusion for all the friends. It has it all and brings elements of all four books to a wonderful finale.
Read more
Helpful
Report abuse
See all reviews

Anthony
5.0 out of 5 stars Marie does write darn good books!
Reviewed in the United Kingdom 🇬🇧 on March 26, 2022
Verified Purchase
Just finished the fourth book in the series (read all four in less than four days) really great stories a job to put down but at same time a shame when you come to the end! She also has a knack of bringing tears to one's eyes many times certainly mine anyhow!
Read more
Report abuse

readingromance
4.0 out of 5 stars Charlie's story
Reviewed in Germany 🇩🇪 on April 10, 2022
Verified Purchase
This book was a bit shorter and a bit weaker than the others in the series. It all seemed to happen so fast and also it was the third time in a row that one (or more) of the MCs had to fear losing their job. So this was getting a little old. What I really liked was how the author described the time before donating a kidney. It wasn't described in a glorious way but with all the fears and doubts but still with a solid reason to want to do it and get through with it. That made Jonas appear even braver in hindsight than without all his conflicting emotions.
Read more
Report abuse