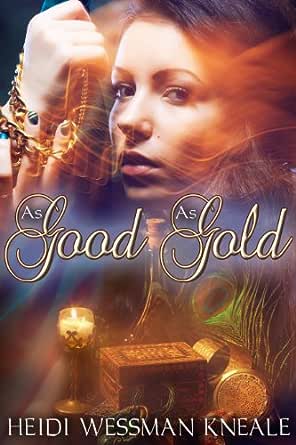 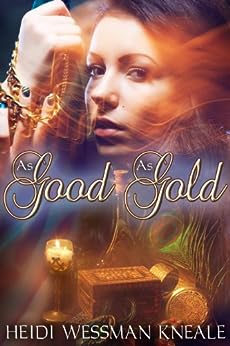 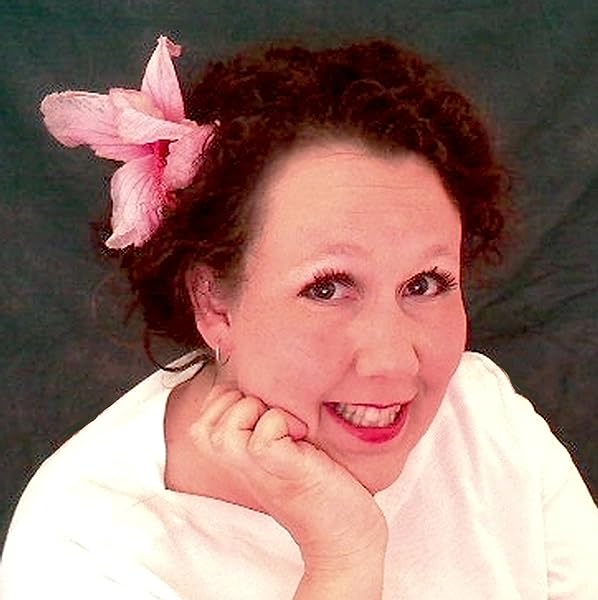 As Good as Gold Kindle Edition

Margaret Fisk
4.0 out of 5 stars ... exactly what to expect when I picked up As Good as Gold by Heidi Wessman Kneale
Reviewed in the United States on August 2, 2015
Verified Purchase
Originally posted on Tales to Tide You Over

I wasn’t sure exactly what to expect when I picked up As Good as Gold by Heidi Wessman Kneale, but the blurb held enough interesting elements, I wanted to find out. The novella turned out to be a fun little morality tale.

When it started with a theft, I worried I wouldn’t like the story because the cause didn’t seem worthy. More fool I.

Rather than a simple motivation of wanting true love, Daywen is facing the very real example of the future awaiting her in her sister’s fate, a lack of options in the small town where she lives, and a desperate need to change that future. I especially liked the true power she obtained with the stolen gold when she buys the gypsy’s help, especially because it’s not what it appears to be.

Then Bel’s side of the unfolding tale is another layer of real complexity that seems simple at first but grows layer upon layer until the two main characters become unmoveable, opposing forces. Something has to give, and it does in all the right ways.

The dialect is a little strong, and I wish the German phrases had been translated so I could understand every word, but neither undermined my ability to enjoy this interesting story.

Now I want to know what happened to her sister and have that made right too. This is not because the story felt lacking, but rather the world introduced was intriguing and there seems to be more possibilities to be explored, always a sign of a strong tale.

Jaclyn Di Bona
4.0 out of 5 stars AS GOOD AS GOLD
Reviewed in the United States on May 24, 2014
Verified Purchase
Bel MacEuros made a career of theft from fey creatures. When the cursed gold he rightfully stole from a gnome is taken from him by Daywen, the consequences could bless or break his life.

It is not the gnome's curse or a gypsy's blessing but another magic, far deeper and more powerful, that will change their lives forever.

CAN YOU GUESS?
WHAT MAGIC IS THE MOST POWERFUL?
WHY LOVE OF COURSE.
A CAPRICES STORY, FILLED WITH LAUGHTER. PACING GOOD, DIALOGUE AND NARRATIVE GOOD. AUTHOR KEEPS YOU TURNING PAGES.

windroot
5.0 out of 5 stars A really charming, quick read.
Reviewed in the United States on November 28, 2016
Verified Purchase
A really charming, quick read. Desperate to find love, Daywen steals a hundred gold pieces to give to a gypsy in exchange for a charm that will help her find true love. Little does she know that the gold is cursed fey gold. Embarrassment and misadventure ensue as Daywen meets Bel, who wants his gold back before the curse catches up to whomever has it. I read this short story in one sitting and am looking forward to reading more books by this author. Highly recommend! This read is worth every penny.
Read more
Helpful
Comment Report abuse

Ashantay
5.0 out of 5 stars Sweet Treasure
Reviewed in the United States on April 15, 2014
Verified Purchase
As Good as Gold is a short, sweet story about finding and recognizing love. Ms. Kneale did an excellent job of developing the characters and plot quickly and fully. An enjoyable story and recommended for those who enjoy reading about the joy of discovering true love, faery magic, and gypsies.
Read more
Helpful
Comment Report abuse

J. Kilshaw
5.0 out of 5 stars A great read!
Reviewed in the United States on January 27, 2016
Verified Purchase
Such a lovely love story that is a little different. I loved the characters in it and you could relate to them and their struggles. It was easy to read and I couldn't put it down, I would definitely recommend it to anyone who loves a good romance!
Read more
Helpful
Comment Report abuse

My Book Addiction and More
3.0 out of 5 stars A SHORT STORY ABOUT FINDING LOVE....
Reviewed in the United States on June 6, 2014
AS GOOD AS GOLD is a short story about finding love. Daywen needed to find 100 pieces of gold for an old gypsy woman. In return for the stolen gold Daywen would be given something to help her find her true love.
The book is short and can be read in one sitting. I would have liked more out of the story and maybe I would have felt it was more complete. While she found love I did not feel it was a fairy tale true love and I was expecting more. If you are looking for a short almost folk tale type of book than this may be a good book for you.
Rating 3
Heat Rating Sweet
Reviewed By Rae
Courtesy Of My Book Addiction And More
Read more
Helpful
Comment Report abuse

margletan
5.0 out of 5 stars A Fun and Quick Read
Reviewed in the United States on June 29, 2015
I read this all in one sitting. Granted, it's short, but once I started I didn't want to put it down. It's a fun little romance--probably not the kind of romance we should aim for in real life, but sometimes it's fun to read about people who fall in love with a little help from fairy magic. I did feel like it would have been nice if it were longer and had some more details, especially since I enjoyed it so much. I was a little confused as to what happened to Daywen's sister, why Bel was so reluctant to fall in love, and what the background was behind the gnome's gold. Overall I thought the story was great, and it was well written.
Read more
Helpful
Comment Report abuse