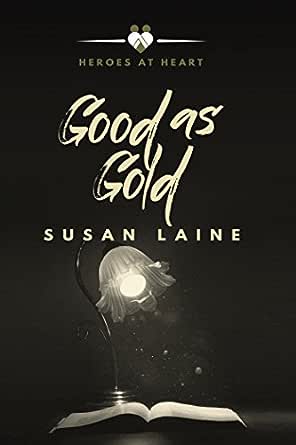 You've subscribed to Heroes At Heart! We will preorder your items within 24 hours of when they become available. When new books are released, we'll charge your default payment method for the lowest price available during the pre-order period.
Update your device or payment method, cancel individual pre-orders or your subscription at
Your Memberships & Subscriptions
There was an error. We were unable to process your subscription due to an error. Please refresh and try again. 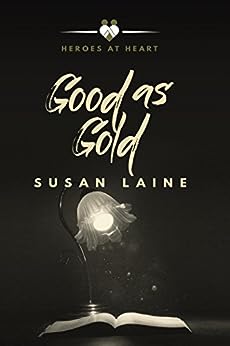 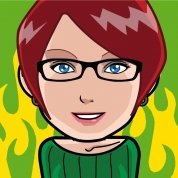 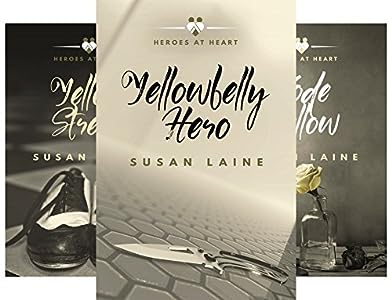 Cover – Nice
POV – 1st person, one character
Would I read it again – Maybe.

For me, this was a story of two halves. The actual emotional aspects of the story – the plot, the relationship etc – took me way back to book 1 and how authentic and evocative these two characters could be. However, the other aspect – the sex – felt so foreign and almost as though someone else wrote it. That part of the story wasn't true to the characters at all.

Maybe it's been too long since I read the rest of the series, but some parts felt almost as though another author picked up the story to fill in the gaps with things that these characters wouldn't say or do. The dirty sex talk especially didn't fit them at all. All the sex scenes felt disconnected from the rest of the story. There were even some over the top descriptions – like pointing out that a nudge is done with a hand and that the heart lies behind the ribcage – that felt forced and not at all like the genius I know Susan Laine's writing to be.

On the plus side, the story really did take me back to book one. The issue of plagiarism is a real threat to all authors out there, but to have it done so callously, in Yancy's face, by someone he knew, is worse than an anonymous computer screen, because it could have been prevented and it's much more personal. At the same time, exploration of how to prove intellectual property theft is a sticky road and one that not many people can successfully navigate. It was nice to see some vindication for all the faceless talent that Hume stole from, as well, which is something that doesn't always happen in the real world. Just because someone is accused of plagiarism and one author can prove it, doesn't mean that the others in the past can or will get their just credit for their work.

Though I do think it's an exaggeration to state that Yancy felt suicidal, at the thought of someone stealing his book – considering the amount of times he's never really understood the darkness inside of Curt and how positive he's always been – I do know how heartbreaking it can be. Especially about a story so close to his heart. But, comparing what he felt after having his work stolen to what Curt went through in book one was a little too much for me. Yancy's pain was so fleeting and could have been avoided had he only properly questioned how Hume knew where he lived and what his motives for such extravagant behaviour were. Curt, on the other hand, had no real control over his thoughts – shown frequently throughout the series, because of his depressive nature.

The way Yancy constantly compared his situation to Curt's made it feel wrong – as though he was lessening the constant, crippling pain Curt had been in that day. I'm not saying that Yancy wasn't depressed, but he showed no real suicidal thoughts or inclinations, besides one fleeting thought of how he didn't know he'd continue, if he couldn't get his story back. The two, for me, can never compare.

I still feel a little cheated that it ended at 88%, though.

Overall, it was great to go back to the roots of these characters, who finally felt more authentic to book one than some of the other books in the series (if you ignore the sex scenes entirely). Sure, there are spelling and grammar issues (it is an ARC after all) and one instance where a laptop on a cushion, sitting on Yancy's knee, mysteriously disappears. Those things happen and will no doubt be addressed before publishing.

But, the bones are great. The plot is believeable and well formed. The addition, at the end, of how Curt's career is continuing and taking off, along with a follow-up of how Yancy's career has taken off, makes me think this could be the last novel for these guys. And, I'd hope so.

After everything they've been through, it would be nice to end on a positive note.
Read more
2 people found this helpful
Helpful
Report abuse

Kathleen Rivest
4.0 out of 5 stars Good As Gold Author
Reviewed in the United States on September 3, 2016
Title: Good As Gold
Author: Susan Laine
Series:Heroes At Heart series, book 4
Reviewer: Kathleen
Genre(s): LGTB Romance
Page Count:63 pages
Heat Level: 3.5 flames out of 5
Rating: 4 stars out of 5
Blurb:
It's been two and a half years since aspiring writer Yancy Bell met troubled jock Curt Donovan. Yancy works at the NY Public Library, and Curt is studying dance at Juilliard. It’s summer in New York City, and the devoted couple couldn’t be happier together.

Yancy’s book is the story of Curt’s survival of depression and attempted suicide. When his former English professor, Hume, encourages him, Yancy is surprised and pleased—only to be devastated when Hume commits an unethical act. This adversity leads Yancy to a new understanding of depression as he spirals down to his lowest point ever.

It’s Curt’s turn to step up to the plate and become Yancy’s hero.

Review:
Throughout the summer, I can't count the numerous times that articles were published where the headline was about an author had plagiarized or stolen another's novel and called it their own, simply by changing a few features here and there. If their stories didn't make the headlines, the social media with the help of bloggers took care of carrying out the culprit and having their books pulled out of the major selling sites if possible - in the summer of 2016 alone, I was the witness of such going ons and it astounded me that any writer would be proud to steal the work of another and reap in the rewards for their blood, sweat and tears. In Susan Laine's Good As Gold, I sympathized with Yancy - the author had worked so hard to have his novel published that when he found out that Hume, another author he personally knowns, had stolen his entire work he was devastated. And understandably so. As Yancy comes to arms with the latest events, he turns to his lover Curt for support and to pull him through the darkest moment of his lift.
Good As Gold is a short novel at roughly 64 pages long and is a part of a series that I haven't had a chance to read beforehand which probably would have been a great start since I missed out on much of the dynamic that exists between the couple as well as their history. Although the fact that Yancy took the events to heart, going so far as to contemplating suicide, I had wondered if it was too much and then I remembered that not all individuals are capable of handling the same pressures in life and react in different ways to the challenges they are presented with. It was an emotional novel that made me wonder what I would do if I was in Yancy's place and I couldn't have applauded Curt more for everything he had done all things considering. This couple had it all for me: charisma, chemistry, sensuality, love and understanding, making Good As Gold the type novel that I'd recommend to others, but specifying that the series should be read as a whole.

avid reader
5.0 out of 5 stars Sweet and just the way it should be
Reviewed in the United States on July 11, 2016
Good as Gold (Heroes at Heart #4) by Susan Laine
4.5 stars
M/M Romance
Triggers: talk of suicide
I was given this book for an honest review by Inked Rainbow Reads.

This was a great short story. It had all of the makings of being able to be more too, but I was very happy with the story that unfolded.

Yancy is writing the story of his lover, Curt's struggle with suicide. It is Yancy's way of healing and allowing Curt's story to be heard in order to, hopefully make talk of suicide and depression something more tangible and real.

Enter Hume. Right away, Laine gives Hume a snake like quality. You can just tell that he's not up to any good and when he is seen for who he truly is, it's one of those "I knew it!" moments. It was very satisfying to see him get what he deserved.

I loved how Curt was able to help Yancy through this emotional struggle, but I loved even more how he was just there for Yancy in a way that nobody else was able to be.

This was sweet and heartwarming.
Read more
Helpful
Report abuse
See all reviews