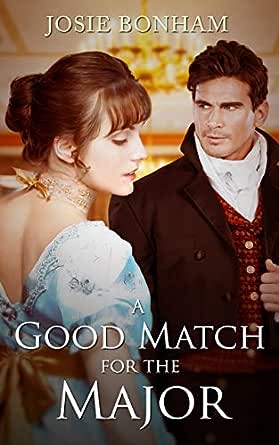 You've subscribed to Reluctant Brides! We will preorder your items within 24 hours of when they become available. When new books are released, we'll charge your default payment method for the lowest price available during the pre-order period.
Update your device or payment method, cancel individual pre-orders or your subscription at
Your Memberships & Subscriptions
There was an error. We were unable to process your subscription due to an error. Please refresh and try again. 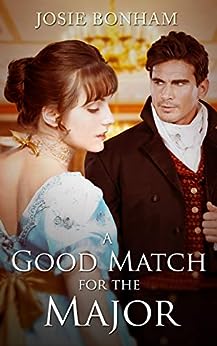 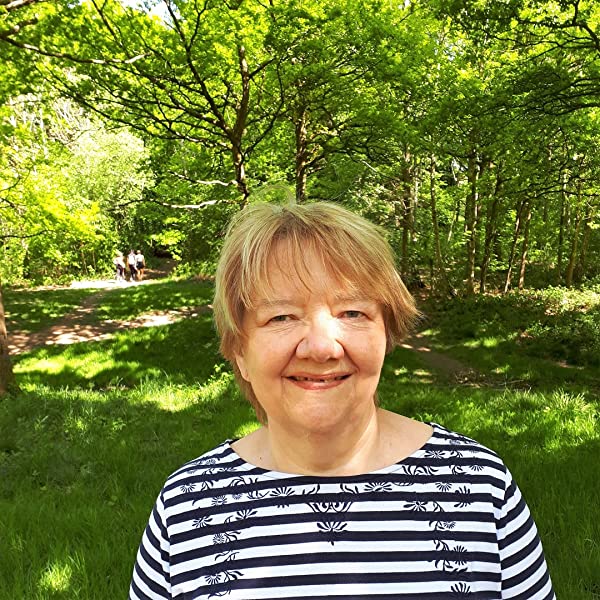 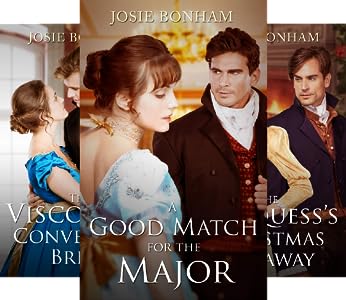 Everything you could possibly want in a Regency romance, A GOOD MATCH FOR THE MAJOR has it, and then some more for good measure.

- BOOKS OF ALL KINDS

4.2 out of 5 stars
4.2 out of 5
24 global ratings
How are ratings calculated?
To calculate the overall star rating and percentage breakdown by star, we don’t use a simple average. Instead, our system considers things like how recent a review is and if the reviewer bought the item on Amazon. It also analyzes reviews to verify trustworthiness.

Élodie Nicoli
TOP 1000 REVIEWER
4.0 out of 5 stars Will she open her heart before too late
Reviewed in the United States on May 13, 2020
Verified Purchase
Will her past tarnish her future ...

This is a newly edited author, and I very much liked her writing style and many detailed scenes.
And as this book is a first in a series, it introduced a bunch of characters I want to read about.

I can’t say I really liked Eliza, from her first encounter with Nat, she is rude. I do understand she went through an abusive marriage but why transferring on one man the sins of her late husband.
Worst, she acts awfully because she is attracted to him, and instead to be simple reserved, she is cool and unforgiving, quick to judge and quite bitter. So blind to design him as a villain, she even jumps head first in the trap sets by the true scoundrel.
And while I do hate abusers of any kind, it looked like she was part hand in her own fall, refusing to listen and going straight on the path of a dangerous man.

Nat, I loved him, he is a kind and caring man, his military carrier made him a strong and straightforward fellow. Still, he has too often been snubbed by those seeing themselves as his better, he does not see his worth. Sure he has a very tainted vision of society women, so he thinks Eliza rebuffs him because he is not enough. Yet his fair personality even agrees to find excuses to Eliza’s harsh words.

Why in fact, I very much thought Eliza did not deserve him, too judgmental and close-minded to have any right to be with him. She turns everyone of his words or actions the wrong way, always thinking the worst from him when he is only trying to help or protect her.

Hopefully the second part of the book turned out as action-packed, with Nat on a mission to protect her, she soon discovers the fortune hunter is not the one she thought, that her protector is a very wealthy but also sweet fellow. One she can count on at every turn.
For her, accepting his suit would be a huge leap of faith, and she did it one time prior and it had been her biggest mistake, so will she find the courage ...

In all this book could have been divided in two parts called Distrust and Trust. And even if I must disliked Eliza for the first half of the story, I can also accept her wariness about men, just I can’t understand why all report on Nat. Hopefully the actions and merry chase of the second part were very entertaining.
And Nat is definitely a hero like would love more.
4 stars.

After an abusive first marriage, Lady Eliza is determined to remain single and live a contented life alone. So when she meets her new neighbour she doesn't want to notice his handsome face or his pleasant personality when he isn't driving her crazy, that is. She makes it very clear that she wants nothing to do with him, even though deep down, Nathaniel Overton stirs something inside her that Eliza thought long dead.
Nat has worked hard to create the life he now has and while some will always look down on him, he will not let them bother him. But it hurts him when Eliza cuts him down especially when they were becoming friends. But when he discovers a dangerous plot involving Eliza, he will do whatever it takes to protect her and keep her safe. She may not want him but he wants her to be free and happy. As Eliza battles with herself and Nat battles to protect her, can they both find salve in each other's arms?

Romantic and dangerous, with excellent characters that feel like family, and a rich, historical setting, A GOOD MATCH FOR THE MAJOR by Josie Bonham is the perfect historical romance. There is never a dull moment in this story and I found myself really caring about Eliza and Nat, and wanting them to open up to each other and be honest about everything.

A GOOD MATCH FOR THE MAJOR is an excellent start to what is sure to be an exciting new series and I cannot wait for the next book from Josie Bonham.
Read more
One person found this helpful
Helpful
Report abuse

Ancient Greek
4.0 out of 5 stars A good read
Reviewed in the United States on November 10, 2020
I have read hundreds of Romance Novels since the election of 2016. I am happy to say that I enjoyed Josie Bonham’s “A Match for the Major” totally. As reading and teaching novels has been my profession, and I have read a genre I’ve never before read, I look for certain strengths. The characters: well drawn,, consistent behavior, plausible choices. Indeed, all of the characters have “identity,” and are sufficiently full that the reader doesn’t get confused. Plot: there is nothing in the plot that separates the novel from the many other novels with similar plots. However, this is distinguished by good writing, generally well researched as to period. I intend to read other novels by the author. I found a couple of questionable word choices; I am not sure that “grounded” was a term used in the Regency period, and some minor typos that could easily be remedied. On the whole, I heartily recommend this novel to readers who are not disappointed by an absence of “hotness” and are satisfied by sexuality that is present but does not rely on that trope to interest the reader.
Read more
Helpful
Report abuse

ItaPixie
4.0 out of 5 stars Nice *^*
Reviewed in the United States on July 28, 2020
Lady Eliza is a young widow who doesn't want to marry again because her first husband wasn't a good man.
Major Overton just discharged from the army isn't charmed by the easy living of the high society.
Their lives collide, or better their horses almost clash, leaving them without a good opinion of each other but their bodies think very differently, making them feel a strong attraction.
Will they give each other a chance to know better? Or will they leave it at a pretty bad first impression?

A Good Match For The Major was such a nice, intriguing tale that gripped me from the first chapter to the last one, and it kept me on my toes near the end.
I recommend it to all fans of regency stories, slow burn romance and witty bantering.
I'll look forward to Josie Bonham's next novel.
Read more
Helpful
Report abuse
See all reviews

Lady Rochford
5.0 out of 5 stars Something about a soldier . . .
Reviewed in the United Kingdom on July 20, 2020
Verified Purchase
A promising debut novel. I enjoyed it enormously and it became clear, as I read on, that the author had researched the period thoroughly. The setting, vocabulary and mores of the time struck me as authentic. Then there was the love affair between Nat and Eliza which I found particularly satisfying and believable, too. I mean, we all like our heroes to suffer just a little, right?Add a little frisson of danger from Nat’s former adversary and we are rooting for Lady Eliza to see that Nat is perfect for her in every respect. I’m pleased to learn that there will be further books in this series to look forward too. If they are half as good as this one then we all have a treat in store. A great treat for fans of Georgette Heyer.
Read more
One person found this helpful
Report abuse

Lynn Forth
5.0 out of 5 stars Loved this engaging Regency read
Reviewed in the United Kingdom on June 29, 2020
Verified Purchase
This is a confident and well written debut novel. I loved this story of how Eliza reluctantly falls for the tall, ex-army Major Overton. Both bring bad previous experiences to their encounters and have to overcome their initial prejudices before they can see each other in their true light. I loved this gripping and engaging story of the slow unfolding of their romance. The excellent period detail is subtly woven into the background and I can't wait to read the next one in this series.
Read more
One person found this helpful
Report abuse

C Huston
5.0 out of 5 stars Everything you could want from a Georgian-era romance!
Reviewed in the United Kingdom on June 5, 2020
Verified Purchase
This has everything you could ask for from a cracking Georgian-era romance. A feisty heroine, a dashing hero recently retired from the army, the glitter of London high society, and a dastardly villain casting a shadow over the growing romance at the centre of the story. Highly recommended for fans of the genre!
Read more
One person found this helpful
Report abuse

V. Walker
5.0 out of 5 stars Great writing style, wonderful dialogue.
Reviewed in the United Kingdom on June 6, 2020
Verified Purchase
I loved this book. The turns of phrase and the dialogue were fabulous and it impressed me that the author evoked the time period so well. The plot kept me interested all the way through and I thoroughly loved the hero, Nat.
Read more
One person found this helpful
Report abuse

Sue Johnson
5.0 out of 5 stars A Captivating Read
Reviewed in the United Kingdom on May 7, 2020
Verified Purchase
I started reading this book yesterday and was so involved with the story that I nearly let my dinner burn! Looking forward to Josie Bonham's next book already.
Read more
One person found this helpful
Report abuse
See all reviews