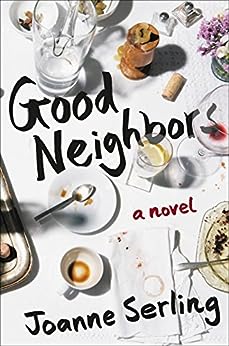 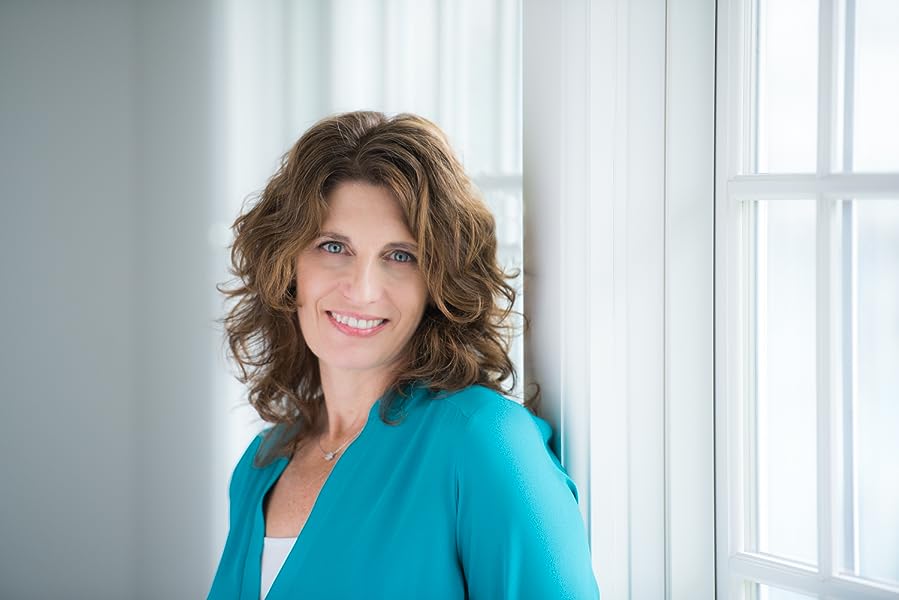 J.D. Serling's short stories have appeared in New Ohio Review and North American Review. A former magazine editor, Serling studied and taught fiction at The Writers Studio in New York City. She lives outside of New York City with her husband and two children. --This text refers to the audioCD edition.

A stunning, shocking, entertaining, and thought-provoking look at humanity. I want everyone to read this book.

-- "Julia Fierro, author of The Gypsy Moth Mother" --This text refers to the audioCD edition.

3.9 out of 5 stars
3.9 out of 5
118 global ratings
How are ratings calculated?
To calculate the overall star rating and percentage breakdown by star, we don’t use a simple average. Instead, our system considers things like how recent a review is and if the reviewer bought the item on Amazon. It also analyzes reviews to verify trustworthiness.

Deborah Rubin
5.0 out of 5 stars Good Neighbors, a thought provoking story!
Reviewed in the United States on March 13, 2018
Verified Purchase
Good Neighbors is an excellent first novel by Joanne Serling. Written in the voice of Nicole through her interactions with her family (husband, sons, mother and sister) and her neighbors living in an upper middle class town, it raises the question of whether your neighbors are truly your friends or merely people who happen to live near you. And consequently, it makes you think about what you would do if you found out disturbing information about one of your neighbors.

As the storyline unfolds the author is not only able to build the reader's interest and curiosity but also make the reader think about whether Nicole and her neighbors are being nosy, intrusive and judgmental or if there really is something ominous happening with Winnie, an adopted daughter of one of the families. The characters are described with their quirks & struggles and this draws you in to try to understand their motives and to learn the truth. I was engaged reading about the lives of these characters wanting to know what would eventually happen to them. This is a very thought provoking story and I highly recommend the book!
Read more
12 people found this helpful
Helpful
Report abuse

Sherrie Howey
5.0 out of 5 stars A must read
Reviewed in the United States on March 6, 2018
Verified Purchase
The characters in this book are so believable, many felt like people we all know. Whether in a neighborhood or in a group of friends, there is always the one person who is considered the nosiest, who always wants to know what is going on with everyone in the group. There are always those who feel snubbed when a subset of the group of friends gets together and they are not included.
This book really makes one think about the issue of adopting a child from a foreign country and how overwhelming it is for the child. It truly made me think and appreciate all the positive adoptions that occur on an annual basis.
This is a very compelling book and I read it in one day as I could not put it down. During the Oscars last night, I read during each commercial break. The only reason I did not give it 5 stars was that I would have preferred knowing more about Winnie at the end. This is a terrific debut novel and I look forward to the author's next book.
Read more
6 people found this helpful
Helpful
Report abuse

Susan
5.0 out of 5 stars A brilliant debut: do not miss out!
Reviewed in the United States on April 16, 2018
Verified Purchase
I read GOOD NEIGHBORS cover-to-cover overnight. Promising myself that I would go to sleep after one more chapter, I could not stop. Joanne Serling perfectly describes a period in my life when my husband and I were members of a neighborhood clique. This book is the fictionalization of a sociological study of the tribe mentality found in many neighborhoods, particularly newly built areas where people arrive at the same time.

The four families in GOOD NEIGHBORS are inseparable - or are they? Is their friendship based only on proximity and the children? The chemistry changes after Paige and Gene Edwards adopt a four-year-old Russian girl. Even before the child arrives in the United States, the other neighbors are questioning the adoption itself and even the name chosen by the Edwards for their new daughter. I can hear behind-the-back chatter: “Who names a Russian girl Winifred? Thank goodness they plan to call her Winnie.” Would things have turned out differently if she were called Olga, I wonder.

Winnie is an unusual little girl, and the story’s narrator, Nicole Westerhof, takes a special interest in her. During their interactions, Nicole becomes concerned about Winnie’s life with Paige, Gene and brother Cameron. At the same time, she is dealing with a troubled sister and mother. When her husband lends no support on either subject, Nicole struggles with revealing her thoughts to the neighbors. As she vacillates, the anti-Edwards whispering campaign has begun, and the camaraderie begins to deteriorate.

I love Nicole! One side of her is superficial; just like me, she first notices everyone’s attire in minute detail and mentally criticizes those who are inappropriately dressed. On the other hand, she is deeply introspective and a well grounded wife and mother. Her concern for Winnie is touching and believable. Despite her frustration with her sister and mother, she loves them.

Paige could have been my former neighbor. She lives in the perfect house with the nicest yard. She throws the best dinner parties, thanks to her live-in nanny/cook/maid. She is the social doyenne of the group. She cannot cope with an imperfect child. Her life begins to unravel.

Joanne Serling not only develops believable characters, but she writes terrific dialogue. What a great discussion GOOD NEIGHBORS would engender at a book club! I look forward to more from this writer.
Read more
11 people found this helpful
Helpful
Report abuse

Django
5.0 out of 5 stars A Stunning Debut Novel
Reviewed in the United States on February 6, 2018
Verified Purchase
What a stunning novel! The seeming comfort and wealth of the world of the novel's suburban enclave is riven with half-truths and lies of omission. Serling's protagonist, a bright, caring mother and wife, is the only character willing to explore the dark shadows falling over their neighborhood, but she struggles with voicing the truth--about her neighbors and about her own past. Don't miss this important debut!
Read more
8 people found this helpful
Helpful
Report abuse

Laura Zinn Fromm
5.0 out of 5 stars Good Neighbors was riveting
Reviewed in the United States on February 17, 2018
Verified Purchase
I could not put this book down. I read it on trains and planes,, in a car and a taxi, and at lunch with my family. Good Neighbors was riveting, disturbing, beautifully written and one of the most absorbing and tension-producing books I've ever read. It is filled with gorgeous, painful observations about suburban, family life, and will ring true for anyone who has ever raised children and/or had neighbors. Bravo, Joanne!
Read more
5 people found this helpful
Helpful
Report abuse

NYCmom
5.0 out of 5 stars Your Next Book Club Book! Highly Recommend!
Reviewed in the United States on February 25, 2018
Verified Purchase
Even if you don't live in the suburbs, judging your neighbors as you spy on them through drawn curtains, you will find lots to debate with this impressive debut novel by Joanne Serling. "Good Neighbors" takes us on an anxiety-filled journey with a clique of judgmental "mom friends" who find that things aren't always what they seem. Or are they? When Paige, one of the moms, adopts a little girl from a Russian orphanage then seemingly withdraws from the group, the others are left to wonder what's going on. Is Paige abusing the girl? Is the girl truly as "troubled and difficult" as Paige says? Should they intervene? What does it REALLY mean to be a Good Neighbor? Riveting to the end, you'll wonder long and hard what you would have done in a similar situation.
Read more
3 people found this helpful
Helpful
Report abuse
See all reviews