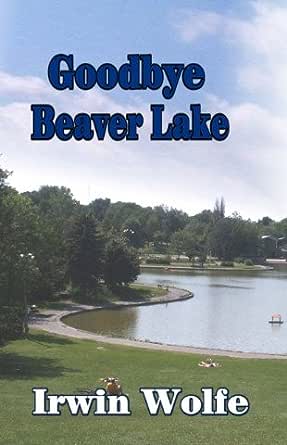 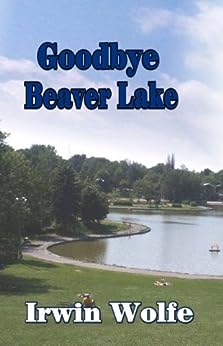 Irwin Wolfe, author of Goodbye Beaver Lake, regards himself as one of the early exiles from Quebec, a refugee from the madness which has engulfed Quebec society. Born in Montreal in 1938, his first meaningful experience with the written word was in the Yiddish language. His description of a school-bus journey (really just a taxi driver moonlighting with an overcrowded cab) brought tears of laughter to the eyes of his Yiddish instructor. Mr. Wolfe began writing professionally in 1960 as a reporter and then editor for a chain of weekly suburban newspapers in Montreal. He went on to become Quebec editor for a major chain of trade and business magazines in Canada. He emigrated to the United States in 1965, heading for southern California, where he encountered strange people living weird lifestyles. After a brief sojourn in Whittier, Calif., he hightailed it back east. He lived in New York City and area for 22 years, where he continued to write for several years for major trade and business magazines and then entered corporate staff writing and press relations. He eventually realized "that the lunatics were in charge of the asylum" and decided to make his exit. He moved far afield, into the transportation industry and onto the road. "It was a chance to clear my head," he said. During repeated visits to Montreal and while on the road, Goodbye Beaver Lake began to take shape. Mr. Wolfe moved to Florida in 1987, where he still resides. --This text refers to the paperback edition.

Goodbye Beaver Lake is a no-holds-barred attack against the forces who, I feel, are responsible for destroying a once-thriving and vibrant segment of Quebec life -- the English-speaking segment, which has been largely relegated to the margins of irrelevance.

My story, candidly, is contemptuous of what I think has been wrong-headed political thinking by the French population of Quebec. I make no apologies for this. --This text refers to the paperback edition.

Memories of summers past flooded Izzy's head as he approached the old, decaying, wooden train station. It had stood proudly in Val David atop a hillock, which sloped gently toward the gravel country road winding alongside the white-water rapids and the dilapidated sawmill. The buzz-saws had been silenced years ago, their whine now replaced by the rapid-fire thuds of carpenters' hammers. They were boarding up the station. They were also closing out a chapter in Izzy's life.

As his pulse quickened, Izzy fought the urge to cry out. He would stop them if he could, but it was all beyond his control. He was consumed by memories of that scene, almost 50 years earlier, during the early stages of World War 11.

Out of the chill of that August night came the cars, driven by the draft-dodging denizens who were native to the Laurentian Mountains. Jew-haters all; the woodcutters, the truck drivers, the laborers, the farmers.

The line of cars stretched all the way back to the train station and continued to Le Chateau David, their staging area, the "No Jews or Dogs" sign displayed prominently over the portico.

On came the cars, more than a dozen, down the dirt road from the station, alongside the river and rapids next to the old sawmill. They turned off at Boris Yaroslavsky's house and barnyard and made their way across Boris' rickety wooden bridge.

At the head of the column was Monsignor Romeo Benoit, a Jew-hating, black-coated, Catholic cleric. He claimed for his parish all the loyal sheep between Val Morin and Ste. Agathe.

Benoit was always in the lead, against Jews or Jehovah's Witnesses. The Quebec Provincial Police always gave him the honor of clamping the padlocks across the doors to the meeting halls of the Jehovah's Witnesses. It was some kind of demented war he waged against the J.W.s, with the blessings of Le General, who had already been in power for six years as the Premier of the Province of Quebec.

Le General was the granddaddy of Quebec fascism. There had always been some sort of unholy alliance between the Government of Quebec and the Catholic Church. Le General fine-tuned and perfected this church connection. However, it could not survive the death of Le General.

"Yaroslavsky!" boomed Benoit over the bullhorn, his black robes silhouetted against the headlights. "Yaroslavsky, we want your Jewish tenants out of here by Sunday! I want them gone by Sunday's mass!"

Yaroslavsky had 40 Russian winters under his grizzled skin by the time he had escaped from Czarist Russia and emigrated to Canada in 1914. By now, he had 28 more winters etched into his face, each of them a bastardly cold Laurentian winter. --This text refers to the paperback edition.

a_guitarman
5.0 out of 5 stars Excellent view on a lot of Quebec politics.
Reviewed in the United States on June 10, 2015
Verified Purchase
I myself was in Quebec in these same years and although it is fiction, and well understand how these things might well have turned out that way.
Read more
Helpful
Report abuse

Isabelle
5.0 out of 5 stars Interesting
Reviewed in the United States on January 18, 2017
Verified Purchase
I lived in Montreal at this time. I loved the way it ended.
Read more
Helpful
Report abuse
See all reviews