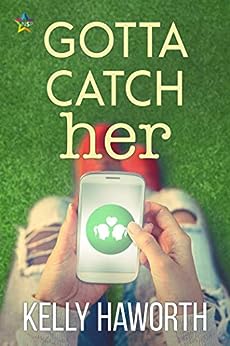 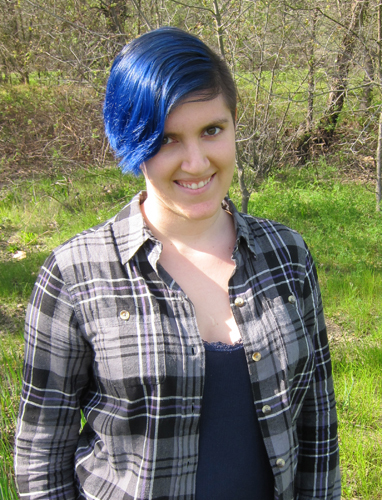 C Lloyd
5.0 out of 5 stars Cute and geeky
Reviewed in the United States on May 21, 2019
Verified Purchase
Super cute contemp f/f romance with a geeky meet-cute. I absolutely love that the love interest is a single mom.
Read more
Helpful
Report abuse

monica
5.0 out of 5 stars Loved it!
Reviewed in the United States on July 8, 2019
Verified Purchase
I connected with the characters and related to the struggles. The romance was sweet and beautiful, but remained realistic which I appreciated. I also liked the running theme of the game within the story.
Read more
Helpful
Report abuse

Jaan
4.0 out of 5 stars Gotta Catch 'em All! (Or, well, just one).
Reviewed in the United States on June 26, 2019
What drew me into this was their use of a Pokemon Go game/augmented reality game wrapped into a romance story. That and the love interest is a bisexual woman. The conversations and the real life thrown into the story is there and happens naturally.

While we’re seeing Ann in her work environment — it’s often the worse part of the story in my opinion. It talks about things that she’s going to have to do..then she has a conversation about what she’s going to do. So, we’re getting double-dippings of the going ons with her in the job world. I know IRL, that’s literally how you have conversations with your co-workers, especially, if you’re not interested or close to them.

Her interactions with Rachael and her son are quick glimpses before she’s pulled back into her work life. It feels like we’re supposed to be reading about the work life and the writing just remembered in spurts that there was also supposed to be romance.

The writing and the interaction with the characters feel more natural and flow better when it’s focused on the relationship. Overall, it’s a short read — while the romance is slow to come to the surface and things get moving.. it’s good enough read to recommend.

Carrie K
2.0 out of 5 stars Interesting Concept
Reviewed in the United States on April 29, 2019
An interesting concept for story.

Ann has a corporate job and is struggling with a client audit. In her free time, she plays a game called Ani-min, that takes you out to places to find objects and have battles. Rachael is a flustered single mom that also plays Ani-min as a way to get some kind of time for herself. They meet in a park one day.

Since I was always a big 'gamer', I thought this story sounded intriguing. A nice change of pace from all the formulaic romances that are being released. But this didn't meet my expectations. It had several issues that took me out of the story.

The dialogue felt very adolescent and bland to me. We are in the head of Ann the entire time. And I couldn't help but not like her. She frustrated me a lot. It felt as if she was infatuated with getting 'a girlfriend.' Not having a relationship or falling in love. Over and over she vacillates between are we girlfriends or almost girlfriends or just friends? She brushes Rachael off a million times because of work, and then has the nerve to think that the relationship would be progressing better if Rachael cared about her more.

Another thing that seemed immature was that they constantly have conversations via text message instead of talking in person. Literally anything important happens over text.

You can tell the author is super excited to be writing about this game. Nets and creatures and whatever. But it didn't translate as fun to the reader. It was as if this was written for only people who already know of this game. I couldn't get into it.

I definitely think the author has promise. The concept was good and the writing was OK. There is an opportunity to work on matching dialogue and actions to the age of characters.

I recommend to adults that enjoy games, romance, climbing the ladder, and dogs.

I received an ARC from the publisher for an honest review.
Read more
Helpful
Report abuse

scarletsptember
3.0 out of 5 stars Broome's Books Review
Reviewed in the United States on April 30, 2019
Gotta Catch Her is a novella featuring two women who meet by chance playing a phone game call, “Ani-Min Move”. The game serves as a break from the reality that our ladies are going through in their every day lives. Ann is a project manager undertaking a massive audit at work, while Rachel is a single-mother running after he young son in the park. I was stoked to see a story featuring a premise like this one. Two characters meeting due to a video game.
The pair meet up with each other during raids a few times before Ann decides to ask Rachel out for coffee. Due to commitments at work and commitments at home, several of their dates get canceled, cut short, or interrupted. It’s how life truly is, but it got frustrating because the point of a romance is for there to be romance! Right?

I feel like if this had been longer, there would have been more interaction between Ann and Rachel this would have been a real treat. Almost all of the scenes revolve around Ani-Min Move and even their first ‘date’ included them playing throughout. Call me old fashioned, but if my date is on their phone its probably because they aren’t interested in me.

Ann and Rachel were just starting to get to know each other and then book ended. There was a romance scene that felt out of place for me, but that’s totally probably a just me thing. It would have read just as well if that scene hadn’t been included.

Did I enjoy it? Yeah, it was a good, quick read. It just left me wanting more for Ann and Rachel.
Read more
Helpful
Report abuse
See all reviews
Back to top
Get to Know Us
Make Money with Us
Amazon Payment Products
Let Us Help You
EnglishChoose a language for shopping. United StatesChoose a country/region for shopping.
© 1996-2021, Amazon.com, Inc. or its affiliates