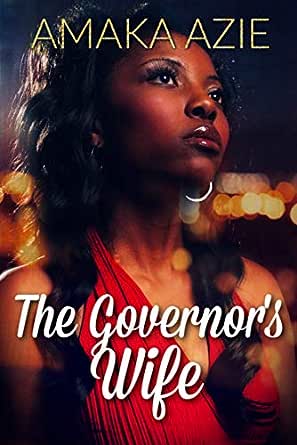 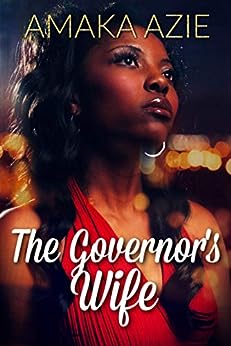 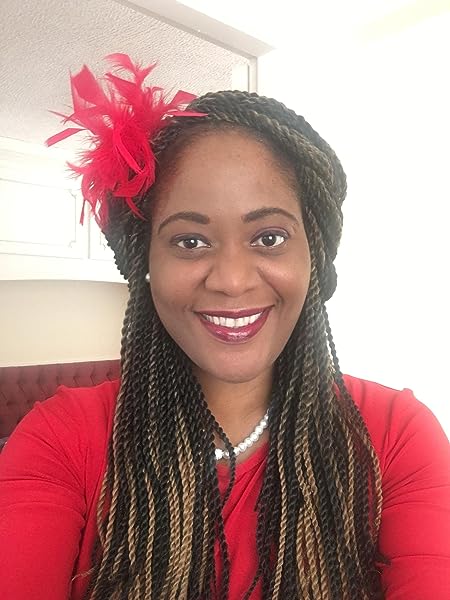 Sassha Reads💋💋
4.0 out of 5 stars Good Book
Reviewed in the United States on June 5, 2019
Verified Purchase
I like how the book hit on the topic of domestic violence and that it was imperative to get out of that situation. Philip and Ogonna had been together and in love for many years but due to circumstances beyond Ogonna's control, she had to end their relationship and marry someone else who was such a cruel man. I'm glad that she had a good friend in Lara to help her get away and that Ogonna and Philip found their way back to each other regardless of Stella with her dramatics.
Read more
Helpful
Comment Report abuse

DarkNlovely
5.0 out of 5 stars Awesome story
Reviewed in the United States on December 30, 2018
Verified Purchase
Great love story that touches on loving oneself and choosing oneself and leaving a marriage of domestic violence. This author as always has done a great job of weaving a love story that touches on life after experiencing domestic violence.
Read more
Helpful
Comment Report abuse

Krystal Lewis
5.0 out of 5 stars Awesome!
Reviewed in the United States on December 30, 2018
Verified Purchase
Amaka definitely put her all into this book. Finished it in one day. The characters were so realistic, almost like you were following them around Nigeria. And by the time I was done, I was craving some suya (yum) lol. A page turner and a most have on everyone's winter reading list.
Read more
Helpful
Comment Report abuse

Amazon Kunde
5.0 out of 5 stars Mine oh! Mine!
Reviewed in the United States on December 17, 2018
People you can't miss out on this one!
Amaka took me on an emotional roller coastal! Pouring the lives of the characters into mine!
No spoiler but just don't miss this!

Amazon Customer
2.0 out of 5 stars Disappointed
Reviewed in the United Kingdom on July 23, 2020
Verified Purchase
Maybe some of my disappointment stems from my lack of understanding of cultural differences however I was really annoyed at Ogonna and her behavior re her parents in particular.
First let’s talk about my main gripe about this book. Basically we had a typical case of pain grading. I understand that she suffered terrible abuse at the hands of her ex husband, however this doesn’t erase the emotional pain she inflicted on Philip when she left him after 13 years (even if some of these years were adolescent years). They had plans and she basically told him that he wasn’t good enough for her instead of telling him the truth. That wound completely changed him and affected his ability to trust and build a healthy relationship with women. However, instead of recognizing this, the author minimized his pain and turned him into an apologetic mess. He kept asking for forgiveness for not checking up on her all these years and saving her. What?. Had her marriage been happy and she was now widowed would he be asked to be apologetic too? Should he have subjected himself to all her happy news? This reminded me of people who do terrible things but once they die suddenly they are saints who did no wrong. I disliked Ogonna’s selfishness where basically she expected things to just go back to normal without even really apologizing for her behavior. Come on she was shocked that he didn’t want to be buddies when they first met up again. Really? Yes she was in a terrible position however she still lied to him and didn’t include him in her decisions. I thought they got back together far too quickly. As for Philip he came across as weak. Love is great however he was prepared to bend over backwards to keep her happy even if he meant lying to her. They behaved as if the 7 years never happened and they were still the same people. His friends basically telling him to grow up and move on because what she did was years ago and she suffered. Unbelievable. This situation with Stella was symptomatic of their unbalanced relationship. He lied to keep the fairytale going and she ran at the first sight of trouble with her dogmatic convictions, after breaking into his computer, instead of having a mature conversation and deciding together on the way forward. The whole sitting in the dark for 2 days because she left was ridiculous. The author turned Philip into an angsty teenager instead of an adult; the CEO of a large company with responsibilities. The whole charity was too on the nose for me. I understand her desire to help, however apart from the financial help, professional help is required and she just wasn’t qualified. If she really wanted to be effective she should have gone back to school to study social work or psychology. Self help books aren’t enough. At times, I felt like the author flip flopped between feminism (the expectation of equality) and patriarchy, where basically Philip had to save or avenge the damsel in distress. For instance he is the one who ensured justice was served while she fled and was expected to let karma do its thing.
As an aside, and I’m sure it’s cultural, I would not have been so close to my parents. They never apologized and as her brother said, they should have never let her sacrifice herself. They should have given up their house, luxury etc first. Worse she continued to enable them by sending them money, gifts etc..I was also troubled by Ogonna’s thought process when she was married. She was being terribly abused, however she still wanted to be a mother and tried to seduce her abusive husband. What? Why on earth would she want to drag an innocent child into that situation?
Read more
Report abuse

Araba
4.0 out of 5 stars A Fast Paced Read!
Reviewed in the United Kingdom on February 26, 2019
Verified Purchase
This book did a good job at tackling a sensitive yet important issue. I don’t give spoilers, and because its not mentioned in the blurb I can’t tell you what it is. I would’ve liked to see a more detailed account of how Ogonna dealt with what she went through, but all in all I was pleased with how the issue was handled.

This was a story of second chances. Once I learned the reason why Ogonna and Philip had initially broken up I was pushing for them to get together. It was too bad they’d had to spend the years apart, but the separation helped them to grow and mature. Their relationship was a sweet story. Not to say that Ms. Azie didn’t bring on the heat, because she certainly did.
Read more
Report abuse

Zoe
3.0 out of 5 stars Could have been better with less emphasis on Sex
Reviewed in the United Kingdom on April 1, 2019
Verified Purchase
I've read all of the author's books but this one fell a bit flat for me.....I'm no prude but I feel like the emphasis on sex was over done and it took away from the story a little bit which is such a shame cause it was quite an important message. Comparing this to A Senator's daughter (I think that's the title, this one fell short for me) but I will still support Amaka because I'm here for Romance authors writing books set in the continent.
Read more
Report abuse

Kindle Customer
5.0 out of 5 stars A page turner
Reviewed in the United Kingdom on December 21, 2018
Verified Purchase
Another gripping book from this author. A page turner. Can't wait for her next book. Love how she draws attention to domestic abuse which sadly, in some African countries, women are expected to put up with to maintain a facade. But life can and does go on after escaping domestic abuse and it is even possible to find real love.
Read more
Report abuse

Kindle Customer
5.0 out of 5 stars Beautiful story! Well thought through!
Reviewed in the United Kingdom on June 20, 2019
Verified Purchase
Beautifully written story. I appreciate the author for highlighting the horror of domestic abuse . I also like that it highlights the positivity that comes with good friendships
Read more
Report abuse
See all reviews