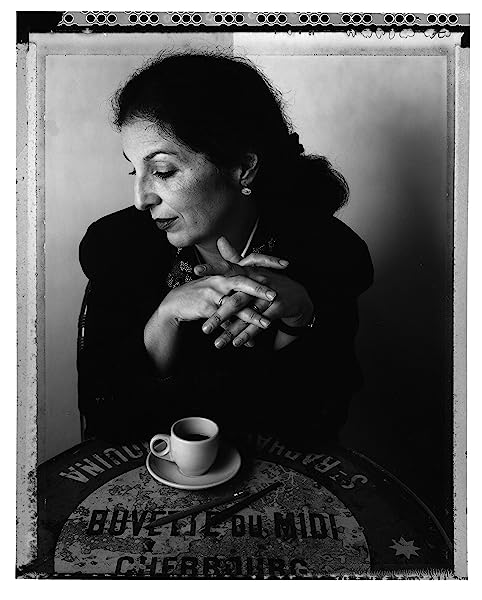 "A striking book of photographs has been released that documents in detail the rich aesthetic beauty of signs from across the city of Barcelona."
- Lonely Planet

"The colourful spreads show everything from metal Art Deco signs and wrought iron to more delicate mosaics, stained glass and carved stone. Photographs of the painted, sculpted or forged signs evoke something of an archiving method, as Fili scrambles to capture these signs of old before they disappear for good."
- Eye Magazine (UK)

"Signage isn't necessarily the first thing that comes to mind when one thinks of Barcelona, but it seems we're all missing a trick. Graphic designer Louise Fili celebrates some of the most stunning Modernista and art deco signage from the Spanish city in her new book "Gràfica de les Ramblas," with impressive results. It features a compilation of nearly 400 images of stained glass, mosaics, carved stonework and wrought iron signage from restaurants, hotels, farmacias and even department stores."
- CNN Travel

"Fans of the mighty Louise Fili will be delighted to hear that the master of decorative design has a new book in the works which will be landing in mid-September. The volume takes the Catalan city of Barcelona as its focus, exploring the irresistible charm of its decorative signage and hand-made wayfinding as inspiration."
- AIGA Eye on Design

"Catalonia, as it has shown of late, likes to do things its own way. That distinctiveness comes through in Barcelona's signage, much of it done in its turn-of-the-century Modernisme style, a fanciful take on art nouveau. Typography buffs will be in for a treat."
- San Francisco Chronicle

Louise Fili is director of Louise Fili Ltd, a New York-based design studio specializing in branding for food packaging and restaurants. Fili was art director of Pantheon Books for eleven years, where she designed close to 2000 book jackets. She is a member of the Art Directors Hall of Fame, and received the medal of lifetime achievement from the AIGA and the Type Directors Club.

LKP
5.0 out of 5 stars Legendary Louise
Reviewed in the United States on October 23, 2017
Verified Purchase
A more-than-worthy jewel in Louise Fili's crown, this beautiful/stylish book is a wonderful follow-up to her previous 2 books on international signage.
We can only hope that she keeps going and going and going. My advice: Don't put this book up on a shelf. Keep it out on a favorite
tabletop, and just flip through when you want a blast of design acumen. From commanding block letters that communicate with brio -- to
curvaceous swirling italics........Now add elegant mosaics, carved eternal limestone, colorful stained glass, and eye-popping neon......It's all
here. Beautiful savvy photos, GREAT page design a la Fili, and just enough text to sweeten the pot of this visual feast.
Typography mavens will be push-overs for this book -- but this engaging volume will enroll ANY one into the love of beautiful letter forms.
Excellent!
Read more
2 people found this helpful
Helpful
Comment Report abuse

Emmy Lou
2.0 out of 5 stars The book is good, but don't buy it from Amazon
Reviewed in the United States on October 4, 2017
Verified Purchase
The book is good, but don't buy it from Amazon. 24 of the full page spreads (yes, I was so mad that I counted them) were glued together well beyond the seam and the images were ruined. I tried pulling the pages apart and they tore open leaving large white patches in the center of the photo. It completely ruins the point of a full bleed spread. I am returning it and going to buy it at a bookstore where I can verify this won't be a problem. I still love Louise Fili and her books, sorry to give a low rated review, but this is based on the quality of the books sold on Amazon.
Read more
8 people found this helpful
Helpful
Comment Report abuse

NWD
5.0 out of 5 stars Keeping what was once lost or at risk of being erased, and bringing it to life again for past, present & future generations.
Reviewed in the United States on January 17, 2018
Travel, typography and signage is what unites certain graphic designers or typophiles the world over, especially when it comes to social media posts or personal photo albums. Having a visual collection of unique typographic signs in a keepsake book keeps the love of these pieces well and alive, at least in photographic terms. For the over past 40 years, New York art director & designer Louise Fili has made it her creative mission—armed with camera, tripod and comfy walking shoes—to travel throughout her favourite cities and capture the typographic beauty she’s found before they are lost to the elements of weather, nature or man itself.

With design support from her team of talented designers, this third book in a series showcases the beauty that Barcelona streets have to offer. While previous volumes covered the typographic signage of Paris & Italy, this one takes a closer look the distinctive qualities of this Catalan city by the sea. Broken into sections covering modernist, art deco, cursive lettering, and mosaics to monograms, architectural and eclectic, each image allows the viewer to really focus on the nuances and details of each piece of typography. Many are original type styles or letterforms giving it a distinctive uniqueness like no other.

A lovely story introduces “Grafica de les Rambles”, explaining how the previous books were created out of a sense of urgency, to visually capture these incredible typographic artworks before they vanished completely. She continued on with Barcelona, mapping out her trip using Google Street View but was devastated when one of her favourite shop fronts was seemingly erased minutes before her arrival. Fortunately, through her personal account being shared in the news, an email from a family member of the shop was able to easily reinstall the sign (removed for safety reasons after the photo studio closed the year before) upon her return to the city. Fili documented the reinstallation of the exquisite typography, with 15 proud family members in front of the location as a tribute to them and the many other small businesses who managed to keep the city’s historic signage alive.

That is what this wonderful series is all about…keeping what was once lost or at risk of being erased, and bringing it to life again for past, present and future generations. I discovered other countries (e.g. Japan) doing similar publications, but not on the same visual scale and attention that Louise Fili has taken. I look forward to her next edition and am thankful to all who continue to document the beauty they discover, wherever in the world they find them themselves.
Read more
One person found this helpful
Helpful
Comment Report abuse
See all reviews from the United States